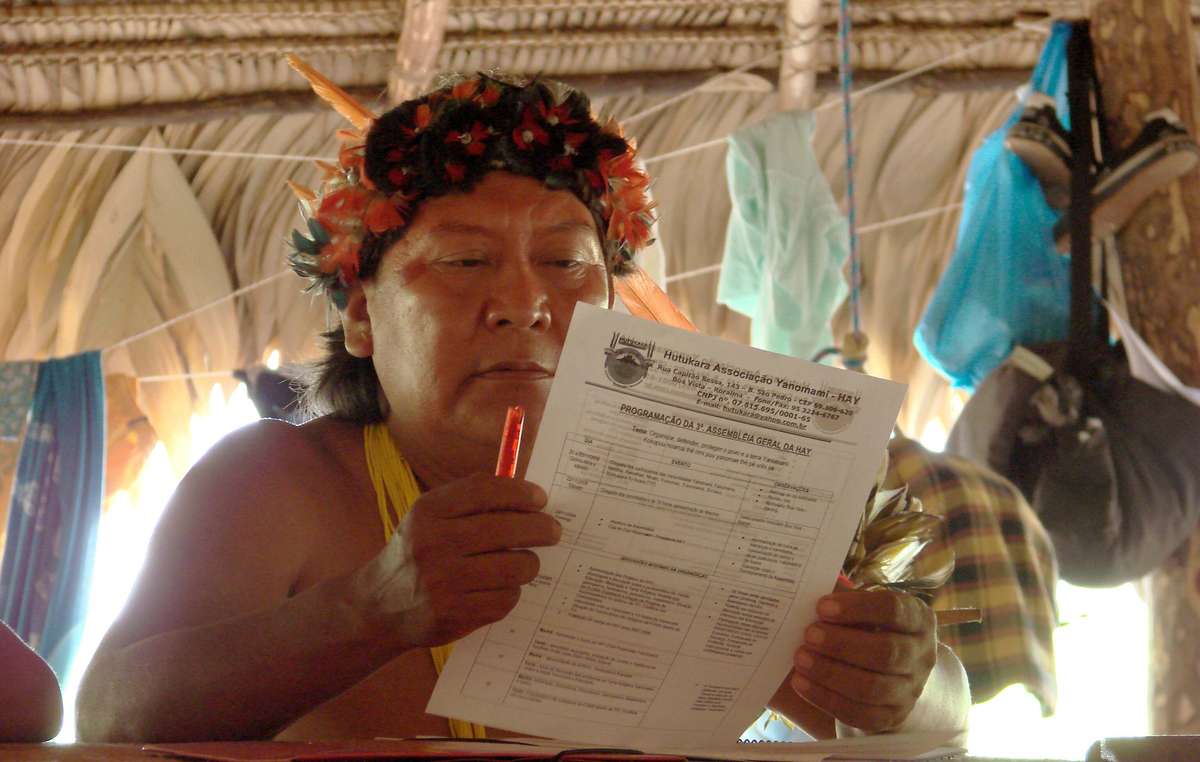 As the UN Day of Indigenous Peoples approaches on Sunday, Survival is renewing its call for countries to sign up to the international law for tribal peoples.

ILO Convention169, which marks its twentieth anniversary this year, is the only international law to recognize and protect the land rights of Indigenous and tribal peoples. It is also a key instrument in the battle to save the world’s rainforests, putting control of the land back in the hands of the people who have looked after it for generations.

Davi Kopenawa, a Yanomami shaman from the Brazilian Amazon dubbed ‘the Dalai Lama of the rainforest’, says, ‘I’m asking all governments to sign ILO 169 to guarantee our rights.’

To date, just twenty countries have ratified ILO 169, only three of which are members of the EU.

The UK refuses to ratify ILO 169 on the basis that there are no tribal peoples in the country, ignoring the impact of British-run projects on tribal communities. So far, 93 MPs have signed an Early Day Motion in parliament calling on the government to ratify the Convention without delay.

Survival’s director Stephen Corry said today, ‘Tribal peoples are among the most marginalised and vulnerable peoples in the world. When their land is taken from them, often in the name of development, they lose everything. If world leaders are serious about human rights, and about saving the rainforests, they will ratify this law.’