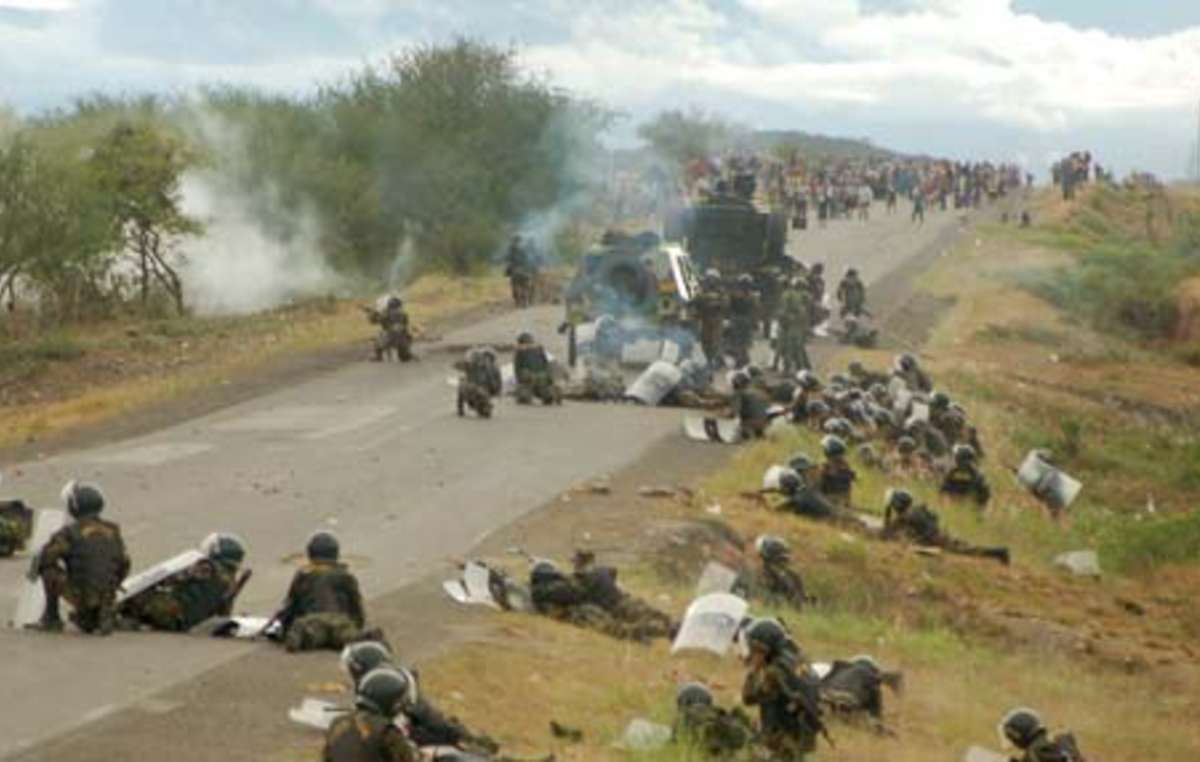 A draft report on the violent conflict in the Peruvian Amazon in June has drawn widespread condemnation from organisations in Peru.

The draft was allegedly written by a commission appointed by the Peruvian government to investigate the events of 5 June in Bagua, northern Peru. More than thirty people, including twenty-three policemen, died after armed police attacked a peaceful Indigenous protest.

The report implies the Indigenous protesters were to blame for the violence, and claims they were manipulated by outsiders, including missionaries and politicians.

‘The draft report is absolutely worthless because it wants to show that it is the Indigenous people who are to blame for what happened. That is not true and does not fit with the peaceful way in which Indigenous people live,’ said a spokesperson for AIDESEP, Peru’s national organisation for Indigenous people in the Amazon.

‘We reject the preliminary report, allegedly written by the commission investigating events at Bagua, in which missionaries are blamed for having ‘provoked, supported and gone along with legal and illegal actions that ended in the deaths of policemen and natives,’’ said the Aguaruna and Huambisa Council (CAH), a local Indigenous organisation.

The draft report is the ‘antithesis of a serious work of investigation,’ said a spokesperson from Peru’s Institute of Legal Defence. ‘It portrays Indigenous people as ignorant and failing to understand the benefits of the laws (they were protesting against).’

The draft makes a number of controversial remarks about ‘uncontacted’ and ‘isolated’ tribes. It refers to a ‘racist and romantic anthropology’ whose defence of uncontacted tribes would amount to ‘violating their human rights and committing ethnocide.’

The report also makes a series of bizarre ‘recommendations’ to Peru’s Indigenous population. These include:

• ‘The current situation in the Amazon means that the native must revise his culture and social, political and religious structures.’

• ‘The natives should revise their organization in the light of modern movements.’

• ‘The natives should abandon their concept of a static culture opposed to change. . . the way their leaders function. . . their belief that ‘all people are equal’. . . their idea of ‘an eye for an eye, a tooth for a tooth. . .’

• ‘The natives need to adapt to a globalization model inspired by an authentic humanism.’

According to AIDESEP, two members of the commission are refusing to put their names to the report.

Survival director, Stephen Corry, said today, ‘Apart from totally failing to clarify what happened at Bagua, the draft report is a disturbing insight into the mindset of some of the commission members. The report is full of unsubstantiated claims and misunderstandings, and it ends with a series of ‘recommendations’ so paternalist and offensive they almost defy belief.’

Read the report (in Spanish). Follow the link in the second paragraph of the article.