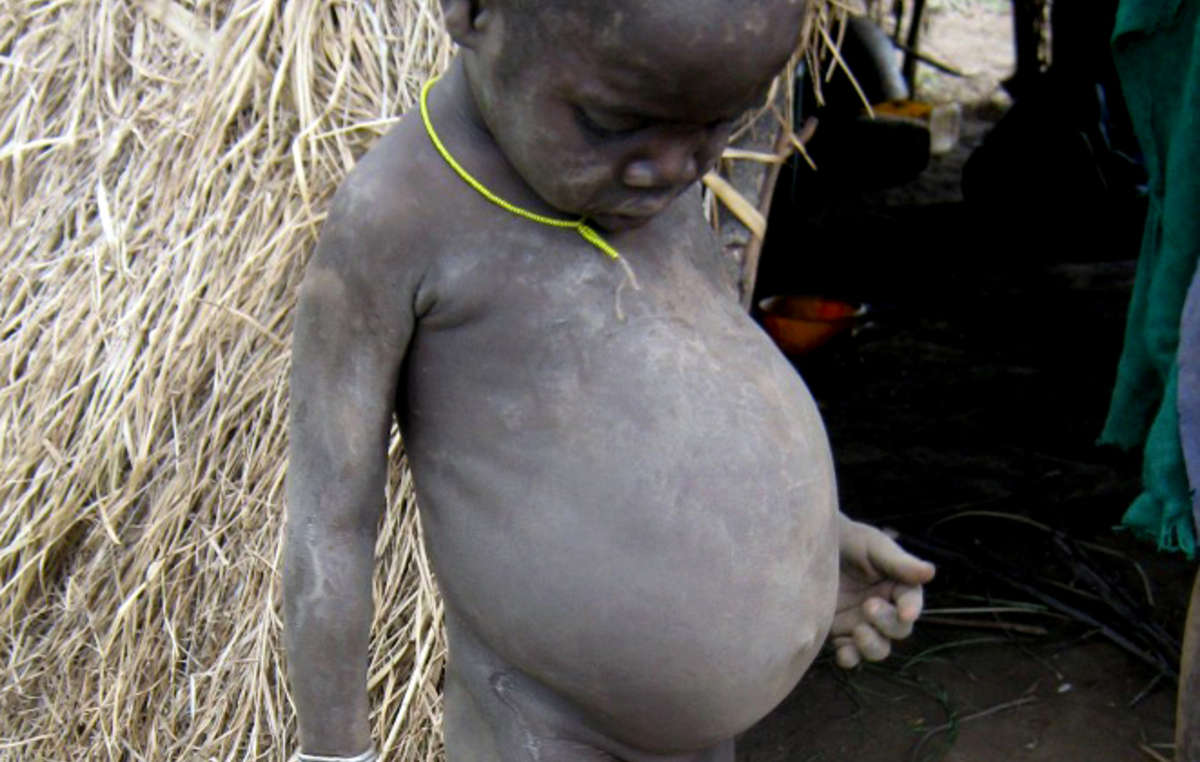 A Kwegu boy outside his hut. The Omo Valley tribes are finding it hard to feed their children in these times of drought. This photo was taken in 2010. © Survival

Many tribal people in the Lower Omo Valley in Ethiopia are starving as the region is in the grip of a drought and the river’s annual flood has failed.

The Kwegu, a small hunter-gatherer tribe, have been badly hit. Survival has received reports that two Kwegu children and four adults died from hunger in November.

A Kwegu man sent this message: ‘Go and give this news to your elders, we Kwegu people are hungry. Other tribes have cattle, they can drink milk and blood. We don’t have cattle; we eat from the Omo River. We depend on the fish, they are like our cattle. If the Omo floods are gone we will die.’

The rains have not fallen properly for three years in the Omo Valley, home to eight different tribes and around 200,000 people. The annual flood of the Omo River, a lifeline for the region, has decreased in recent years, and in 2009 it failed completely.

It is not clear why the rains have stopped, or why the flood failed. What is clear, is that the Gibe cascade – a series of five dams planned for the Omo River – is likely to stretch an already strained region, and its people, to breaking point.

Some Kwegu blame the dam. One said, ‘Our land has become bad. They closed the water off tight and we know hunger. Open the dam and let the water flow.’

Gibe I is already complete, damming one of the tributaries of the Omo River. The Gibe II dam blocks the same river, and recently was a major source of embarrassment for the Ethiopian government and Italian firm Salini Construttori, after part of it collapsed just ten days after opening.

The Gibe III dam is about one third complete. A 50 meter cofferdam was recently built as part of the ongoing dam construction. Some believe it may have contributed to the lack of the annual flood.

If completed, Gibe III will be the second largest hydroelectric dam in Africa.

Experts warn it will irrevocably devastate the Omo River’s flood cycle, which is crucial to the Omo Valley tribes’ livelihood and survival.

The Ethiopian government claims Gibe III, aside from generating enough electricity to power the country several times over, will increase the safety of the downstream tribes by stopping giant floods from sweeping away livestock and people. But the tribes are clear – without the annual flood, they cannot survive.

A Mun tribesman said, ‘Now that the floods are gone we have a big problem. We are afraid of death. The rainy season hasn’t come for three years. Why haven’t the rains been working all this time? Did the sky not sign his work papers? Did he forget to work?’

‘There is no singing and dancing all along the Omo River now. The people are too hungry. The kids are quiet.’

‘The big rains have been gone for three years and now, we come to the Omo and there is no water.’