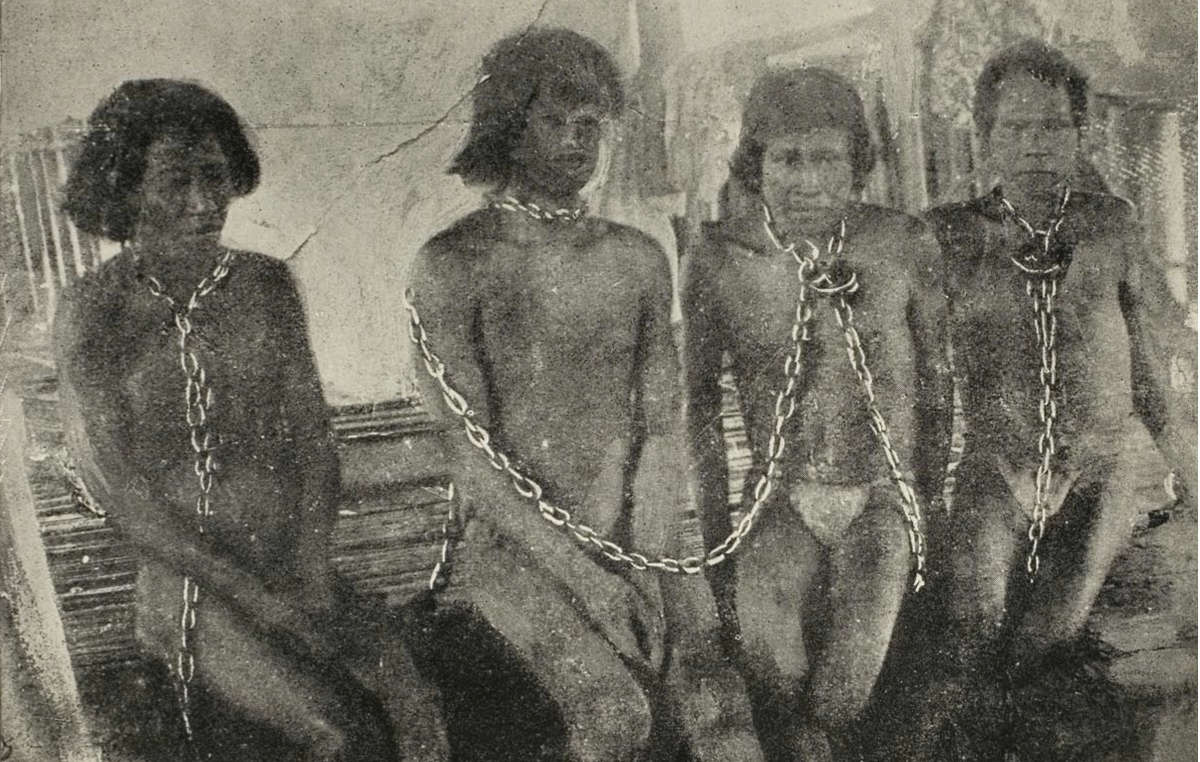 Thousands of Indians were enslaved and killed during the rubber boom. © W Hardenburg

30,000 Amazon Indians were enslaved, tortured, raped and starved in just 12 years during the rubber boom, according to a historic report submitted by Irish investigator Roger Casement, 100 years ago today.

Agents of the company rounded up dozens of Indian tribes in the western Amazon to collect wild rubber for the European and American markets. In a few short decades many of the tribes were completely wiped out.

Much of the detail of this horrific episode has been forgotten, but for the descendants of the rubber boom survivors, the reality of the continuing ‘rainforest harvest’ is impossible to ignore.

The uncontacted Indians seen in stunning new footage last month are likely to be descended from rubber boom survivors, whilst nearby another ‘rainforest harvest’ is being played out on uncontacted tribes’ land. Illegal loggers, driven by the high value of endangered woods, are pushing further into their remote forest homes.

US conservation organization, Upper Amazon Conservancy, documented illegal logging camps in areas inhabited by uncontacted Murunahua Indians just six months ago. Yet, according to a statement by Peru’s environment minister last week, the government has logging under almost 100% control. ‘Each mahogany tree that is chopped down today is georeferenced and controlled’.

UAC spokesman Chris Fagan told Survival International, ‘The minister’s statement is 100% incorrect. The majority of mahogany continues to be cut from Peru’s protected areas or from Indigenous lands illegally, without adhering to proper management plans.’

Survival’s Director, Stephen Corry, said today, ‘Where there’s money to be made from Amazonia, whether from cutting it down or taking its riches whilst leaving it standing, Indian tribes end up dead. That was the story a hundred years ago, and it’s the story today. A century of human rights declarations and more and more elaborate schemes to save the forest, haven’t made much difference; they won’t until the Indians, whose land this is, are put at the centre of the debate. They have proved time and time again that they are by far the best custodians of their own land.’