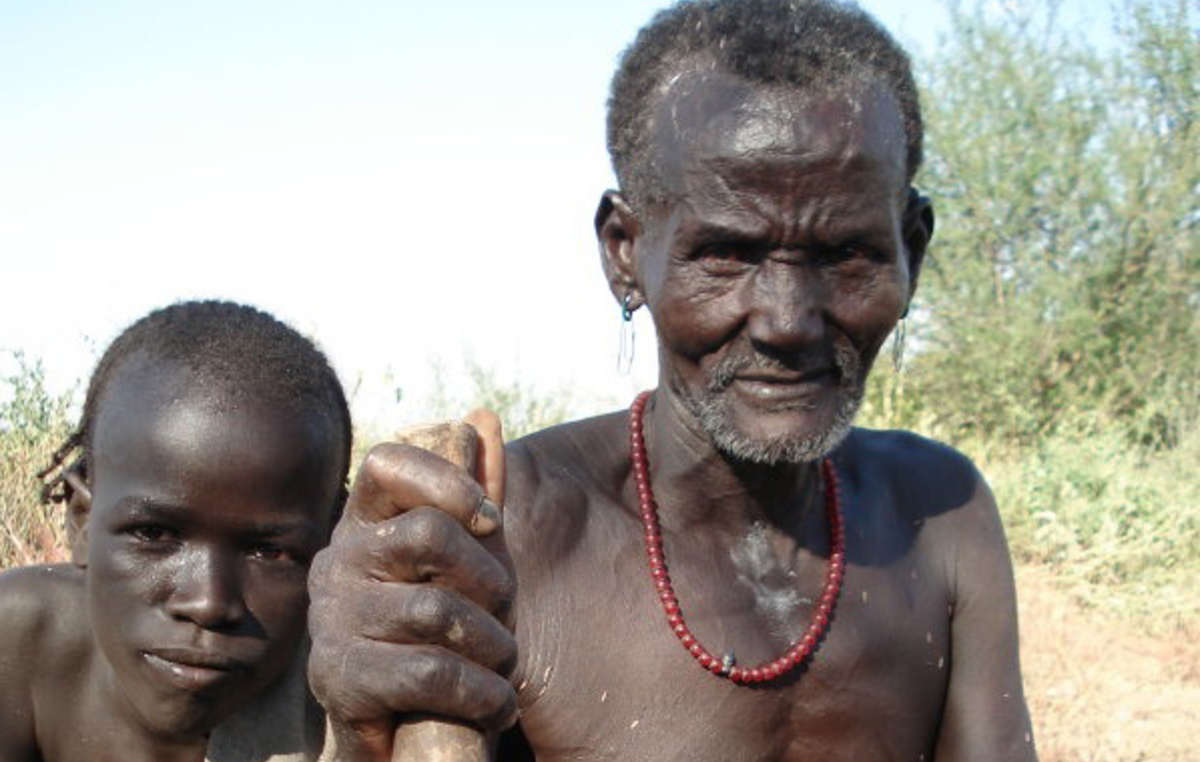 The Kwegu are entirely dependent on the Omo river for their survival. © Survival

This page was last updated on March 21, 2011 and may contain language which is now outdated.

Almost 400 organizations have signed a petition against Africa’s tallest dam, which will be delivered to Ethiopian embassies across Europe and the United States to mark World Water Day on Tuesday 22nd March.

At least eight tribes in Ethiopia and about 300,000 people living around the famous Lake Turkana in Kenya are threatened by the Gibe III dam on the Omo River. Copies of the petition will be delivered in France, Germany, Italy, Belgium, the UK and the USA.

The dam, which the Ethiopian government reports is 40% complete, will destroy the natural flood patterns so vital for the Omo tribes’ cultivation methods. Although the government claims an ‘artificial flood’ will solve the problem, the dam constructors last year revealed plans for the tribes to ‘switch from flood-retreat agriculture to more modern (sic) forms of agriculture’ following a ‘transitory period’.

An imposed ‘switch’ of this kind will almost certainly prove disastrous, entailing an end to the already inadequate ‘artificial flood’ without any guarantee of alternative means of survival.

A member of the hunter-gatherer Kwegu tribe said, ‘We depend on the fish, they are like our cattle. If the Omo floods are gone we will die.’

The Ethiopian government has also earmarked 180,000 hectares of land in the Omo Valley for agricultural investment, some of which lies in the territories of the Nyangatom, Karo and Mursi tribes.

The tribes have not been consulted about the dam, the ‘switch’ in livelihood or the lease of their land to foreign investors, in violation of Ethiopia’s own Constitution.

The European Investment Bank and the African Development Bank have decided against funding the dam. The Industrial and Commercial Bank of China and the Exim Bank of China are both funding aspects of the project but Ethiopia still needs to find more money. The Italian government is still considering whether to fund the dam, while Ethiopia recently became the single largest recipient of UK development aid, expected to receive $2 billion over four years.

Survival, International Rivers, the Campaign for reform of the World Bank, the Counterbalance Coalition and Friends of Lake Turkana all joined forces to launch the petition. The petition calls upon the Ethiopian government to ‘suspend the Gibe III dam project on the Omo River unless and until it obtains the free, prior and informed consent of the affected tribes to the project’.

Survival’s director Stephen Corry said today, ‘If the government dams the Omo Valley tribes’ water and parcels off their land to outsiders, these peoples may not survive. The government is pushing industrialization at the ultimate expense of the country’s most vulnerable peoples.’