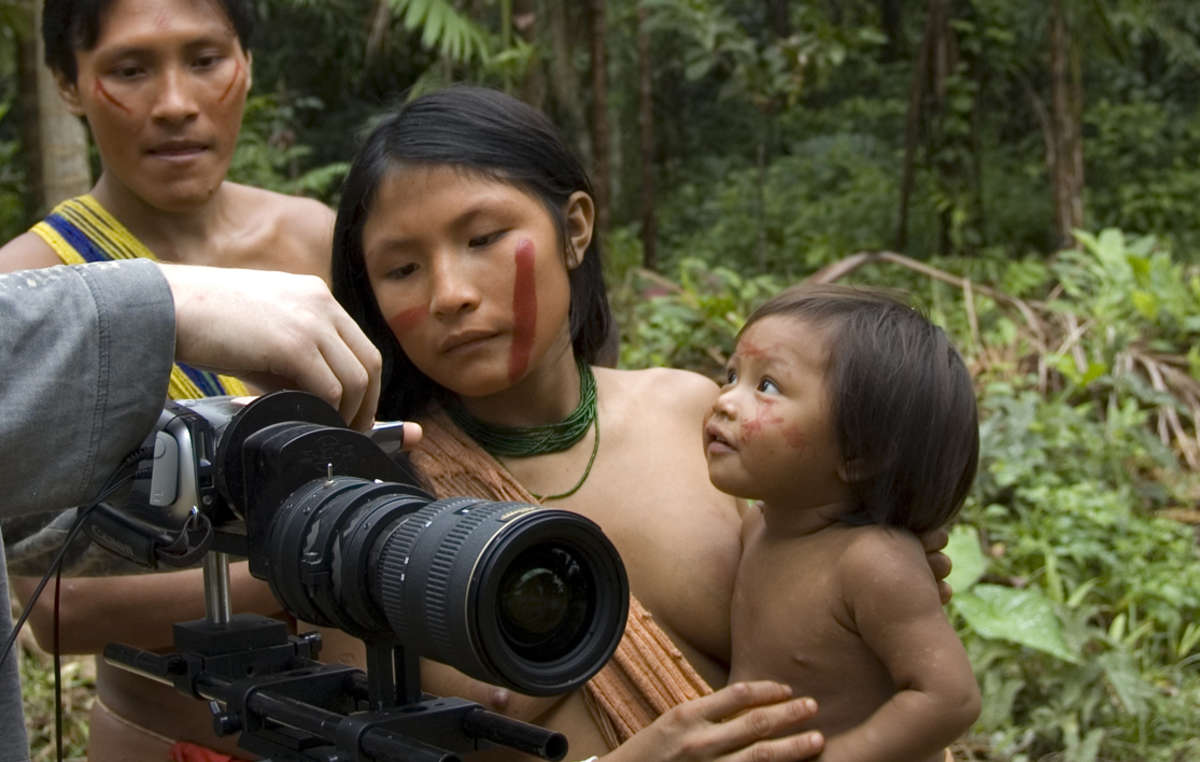 Filmmakers have a responsibility to portray tribal people fairly. © Survival

Following the recent furore over the BBC and Travel Channel’s ‘staged’ tribal TV series, Survival International has released a code of practice for filmmakers working with tribal peoples (pdf, 5.9 MB). The guidelines aim to prevent further misrepresentations and potentially damaging portrayals of tribes.

The code emphasises filmmakers’ responsibility not to let a ‘good story lead viewers to an unfair or unrepresentative opinion of (a) tribe.’ It also stresses the crucial role film plays in ‘how well or badly tribal peoples are treated’.

Survival has drafted the code of practice following a string of accusations by two eminent experts about a TV series on the Matsigenka tribe of the Amazon. It depicted the Matsigenka as savage and cruel, and was described by Dr. Glenn Shepard and Ron Snell as ‘staged, false, fabricated and distorted’.

Mark & Olly: Living with the Machigenga’ was shown on the Travel Channel in the US, and on the BBC last year. Presented by Mark Anstice and Olly Steeds, it purported to show the ‘reality’ of life among the Matsigenka.

Stephen Corry, Director of Survival, called it ‘a depressing example of the way tribal people are routinely portrayed on TV. One stereotype followed another…TV is now getting away with portrayals which wouldn’t be out of place in the Victorian era’.

Survival’s ‘Ethical practice when filming tribal peoples’ addresses the moral accountability required to produce a film, which has the potential to be the ‘only way viewers can learn anything about the tribe in question’. As well as alerting filmmakers to the pitfalls and consequences of irresponsible production, the code also provides a checklist of standards that filmmakers can follow.

Actor and broadcaster Michael Palin has already endorsed Survival’s guidelines, saying, ‘I’m all in favour of Survival’s code of practice. People are more important than programmes.’ Renowned writer and film-maker Hugh Brody has also given them his backing.

All broadcasters work with a code of conduct, enforced by independent regulators such as Ofcom in the UK.  But the issues raised by the Mark and Olly TV series show how vital it is to have specific guidelines for filming tribal peoples. Survival’s ethical code of practice fills this vacuum.

Divided into clear sections, it covers the importance of respect, safety, fair editing and truth and accuracy. It also stresses the dangers of using language which separates tribal peoples from the industrialized world, asking the filmmakers, ‘Could I portray a community of black, Jewish or Muslim people from my own country in this way?’