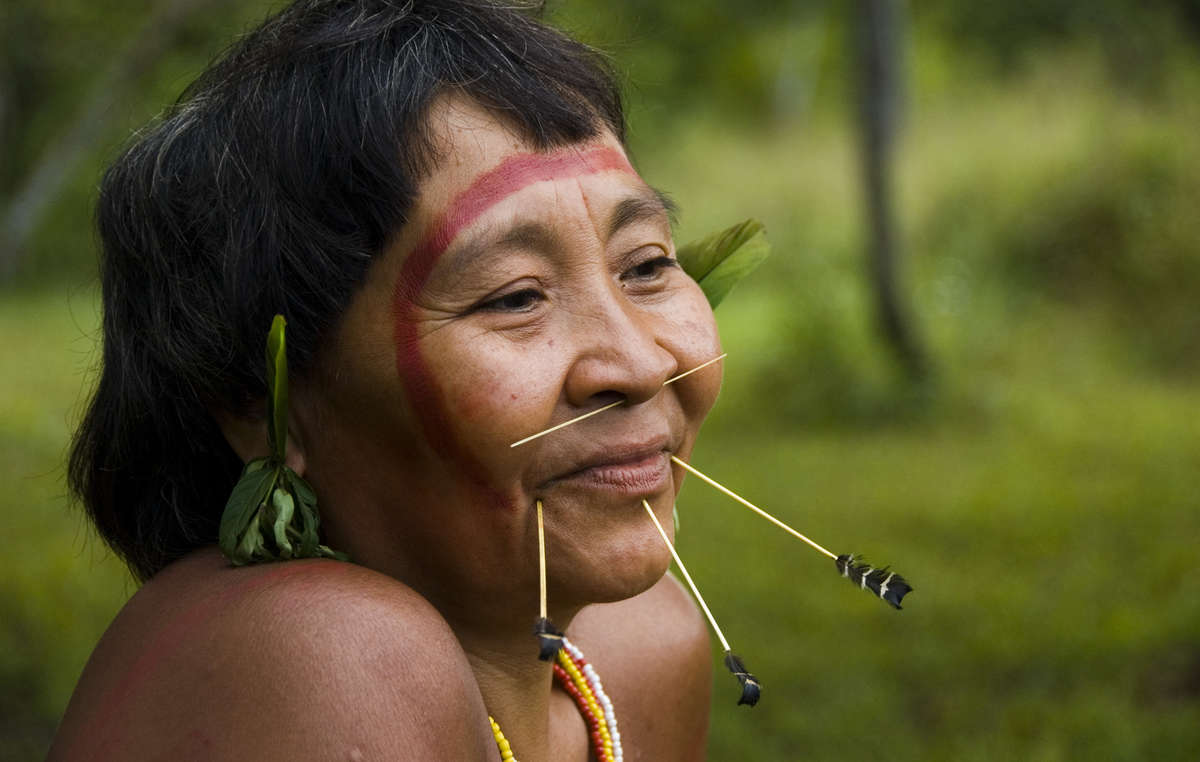 The Yanomami say their lives and lands are being ‘destroyed and contaminated’ by illegal goldmining. © Fiona Watson/Survival

Yanomami Indians have appealed to Venezuela’s government to tackle the ‘presence and impacts’ of illegal goldmining, rather than deny the problem exists.

In a statement released by the Yanomami organization Horonami, the Indians call for the government to recognize how their lives and land are being ‘destroyed and contaminated’ by goldmining.

It follows denials by Venezuelan authorities that goldminers are in the area, after a recent visit to the Upper Ocamo region to investigate reports of a ‘massacre’.

Army generals on the trip said, ‘What reigns here is peace and harmony: all the Yanomami are in a perfect state. We have not detected any illegal goldminers.’

However, Horonami representatives were also present, and say, ‘we saw the camps of the illegal miners, we saw a small plane pass overhead, we saw a clandestine airstrip, we saw some miners fleeing from the commission as it walked through the forest. The members of the armed forces and the public prosecutor on the commission were also witnesses to this.’

The declaration also addresses the fact that the commission investigating reports of a ‘massacre’ in the community of Irotatheri in August, found no evidence of one.

Horonami says, ‘It is easy to think the Yanomami are lying…The news that reached us about the violent incidents is not lies; it is a clear sign that there is a lot of conflict in the Upper Ocamo area. Saying everything is fine in this region is the lie.’

Bruce Albert, a French social scientist who has worked with the Yanomami since the 1970s, agrees:

‘To discount the alleged massacre as just ‘rumours’ is to deny the self-evident seriousness of the situation. Yanomami stories like this are not just inventions, but rather a reflection of deep anxieties and tensions about real events. The only way to uncover the truth is with a proper expert investigation, not just brief visits to a few settlements. It will take time.’

Earlier this month, Survival International was accused of a ‘climbdown’ after reporting that the settlement of Irotatheri was not destroyed, as was previously feared.

Stephen Corry, Survival’s Director has responded to these allegations in a detailed Q&A , which challenges Venezuela’s handling of the reports, saying ‘The authorities have gone to lengths to pretend everything is fine. It isn’t: it’s a tinderbox and the Indians are the victims.’

Talking today he said, ‘The Yanomami just aren’t being listened to. The Venezuelan government must stop pretending all is well – it must kick out the miners and protect its own citizens.’