A blockade by hundreds of Sarawak’s Penan tribe on the road leading to the controversial Murum Dam is about to enter its second week.

Holding placards saying, ‘We Want Justice’, ‘We Demand our Rights’ and ‘Stop Murum Dam’, the Penan’s protest has left cement tankers and trucks carrying construction equipment stranded by the roadside.

Police have visited the blockade three times, calling on the Penan to dismantle it, but the Penan are refusing to leave until their demands are met. So far the police have taken no further action, but an eyewitness told Survival International that police reinforcements were seen heading towards the dam site.

When finished next year, the Murum dam will flood the Penan’s ancestral lands. Approximately 1,300 Penan have been told they must move to make way for it, the first of 12 new dams that are planned across the Malaysian state of Sarawak.

Surang Alung, Chairman of Pelieran-Murum Penan Affairs Committee (PEMUPA) explained in a statement that the government had failed to consult the Penan on all aspects of the dam project. He added, ‘We have to stand up and assert our rights, as our problems, issues and demands have been neglected for so long by the government’. 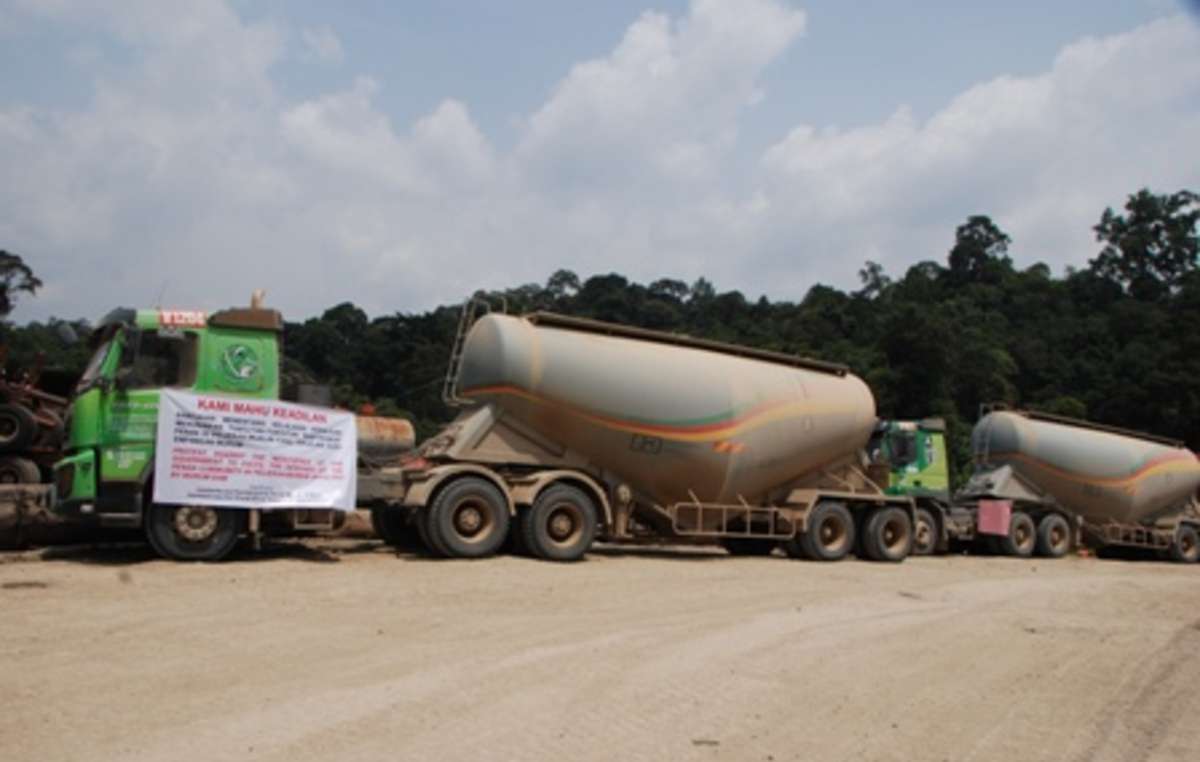 The protest has left cement tankers stranded by the roadside. © SCANE/Survival

The Penan’s blockade, which consists of men, women and children from the eight affected Penan communities, began on September 26th. Some are sleeping in an abandoned company workshop, whilst others have made temporary Penan huts, known as sulaps, at the roadside.

Stephen Corry, Survival’s Director said today, ‘The Sarawak government has been ignoring the rights of the Penan for too long. Pushed to the brink by the logging of their forests, now the Murum Penan are to be thrown off their land to make way for a dam which will produce electricity that no one in Sarawak needs. Despite this surplus, the government plans to build eleven more dams, how many more Penan need to be thrown off their land before their voices are heard?’