The Matsés have urged shareholders of Pacific Rubiales to disinvest from the company to protect Peru’s uncontacted tribes. © Survival International

An Amazonian tribe has sent an urgent appeal to shareholders of Canadian-Colombian oil giant Pacific Rubiales to protect the lives of uncontacted Indians in Peru, whose survival is threatened by the company’s work on their land.

In an urgent video message Salomon Dunu, a member of the Matsés tribe, said, ‘Our uncontacted brothers live in the forest, we have heard them many times so we know they exist… Tell the world that the Matsés are firm in our position against the oil company. We do not want it on our land.’

The Matsés and Survival International have sent the message to hundreds of shareholders – including JP Morgan, General Electric, Blackrock, HSBC, Allianz, Santander and Legal and General* – urging them to divest from Pacific Rubiales.

The company has already started exploring for oil in ‘block 135’, despite it lying directly over an area proposed as an uncontacted tribes’ reserve, and is planning further explorations on Matsés territory.

The Matsés report that helicopters are flying over the area, and the $36 million project will see hundreds of seismic lines cut through the rainforest used by the Indians to hunt and gather.

The Matsés are very concerned about the safety of the uncontacted tribes living around ‘block 135’ and have called for the area to be protected.

Both the uncontacted Indians and oil company workers are at extreme risk if the work continues – the Indians are vulnerable to common outside diseases to which they have no immunity, and the workers are liable to be attacked by the Indians, who will see them as invaders of their territory. 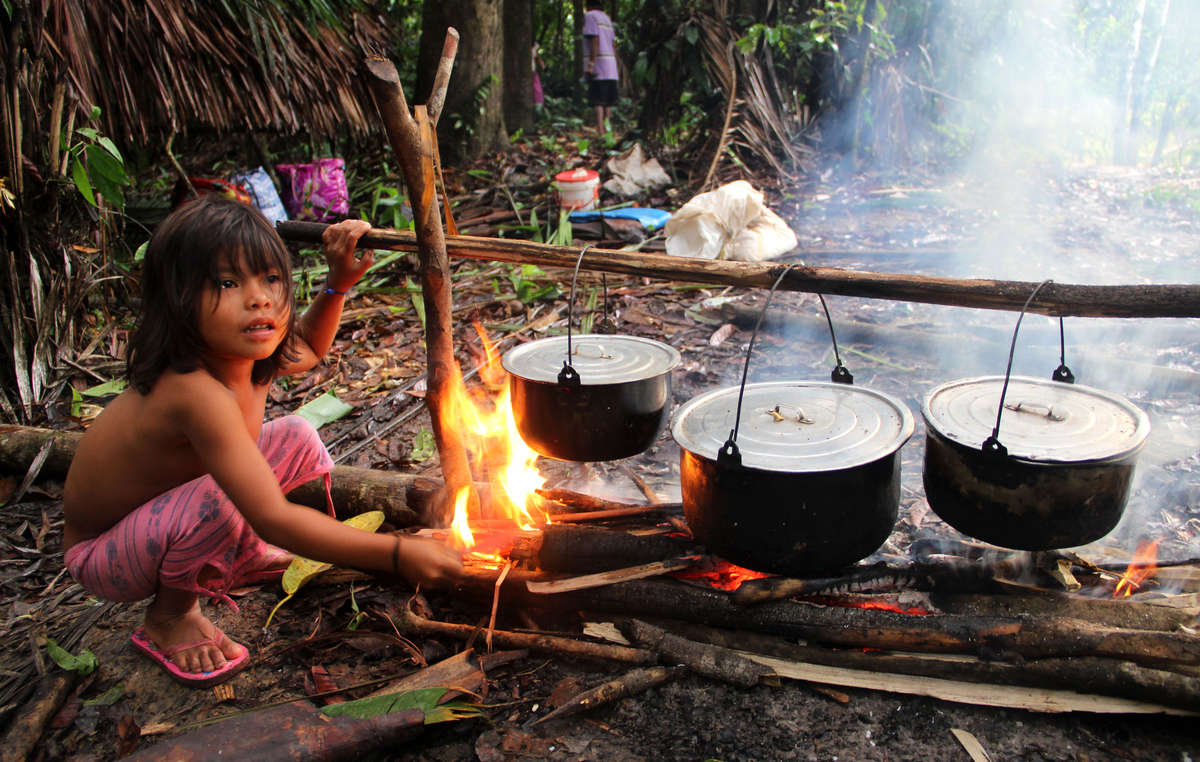 The Matsés live from produce which they hunt and gather in the rainforest. © Survival International

The Matsés were known as the ‘Jaguar people’ for their facial decorations and tattoos, and were first contacted in the 1960s. Salomon recalls, ‘Life before contact was incredible. We lived on the river, and we would travel to the other side to make our gardens. When it was time, we would abandon those gardens to the forest and make new ones in another place. That was how we lived before contact.’

Stephen Corry, Survival’s Director, said today, ‘Contact between oil workers and the uncontacted Indians is highly likely to kill the tribespeople. In fact, the chances are, the tribe will be decimated. The oil company knows this. It also knows it is in breach of international law when it ploughs on with its dangerous project without the say-so of the people to whom the land belongs.’

See Survival’s picture gallery of the Matsés tribe. (The gallery is available for publication.)

- Read the Matsés statement rejecting oil work on their land and calling for the area to be recognized as an uncontacted tribes’ reserve (Pdf, 289 kb, in Spanish)