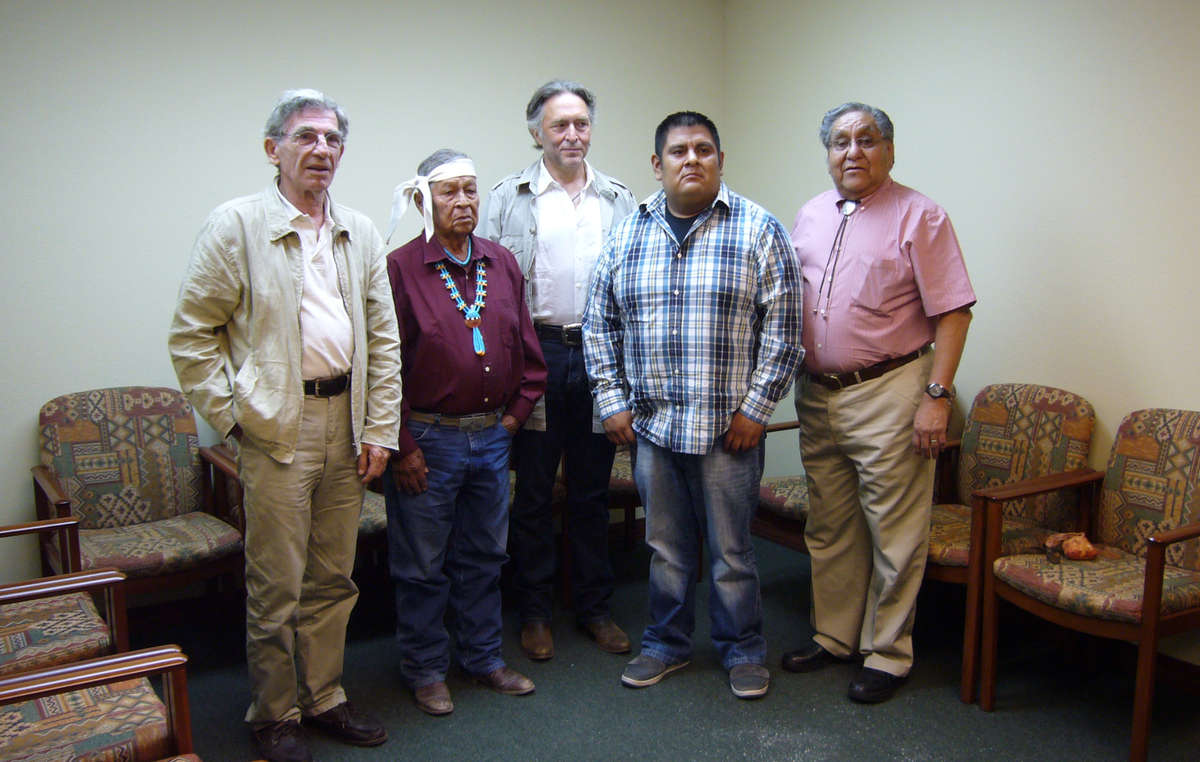 The katsina was handed over to Hopi chairman and religious leaders by lawyer Pierre Servan-Schreiber and Survival International’s Jean Patrick Razon (no photography was allowed during the handover itself). © Survival

In a historic handover ceremony, an object sacred to the Hopi people has been returned to Hopi after dozens of katsinam (‘friends’) were sold at a Paris auction house in April 2013 despite repeated requests and litigation.

The katsinam are of cultural and religious significance to the Hopi, who were vehemently opposed to the auction and asked the Paris auction house Neret-Minet Tessier & Sarrou to cancel the sale on the grounds that the objects are considered sacred to Hopi.

After the auction house ignored the Hopi’s request, attorney Pierre Servan-Schreiber of the firm Skadden Arps (Paris) filed legal papers on behalf of Survival International and the Hopi, asking for the sale of the katsinam to be halted until the lawfulness of the collection was established.

However the Paris Court rejected all attempts to stop the auction and the sale of dozens of sacred objects went ahead on April 12, 2013, in what Hopi tribal chairman LeRoy N. Shingoitewa called a ‘shameful saga’.

Mr. Shingoitewa added, ‘We are deeply saddened and disheartened by this ruling … It is sad to think that the French will allow the Hopi Tribe to suffer through the same cultural and religious thefts, denigrations and exploitations they experienced in the 1940s. Would there be outrage if Holocaust artifacts, Papal heirlooms or Quranic manuscripts were going up for sale … to the highest bidder? I think so.’ 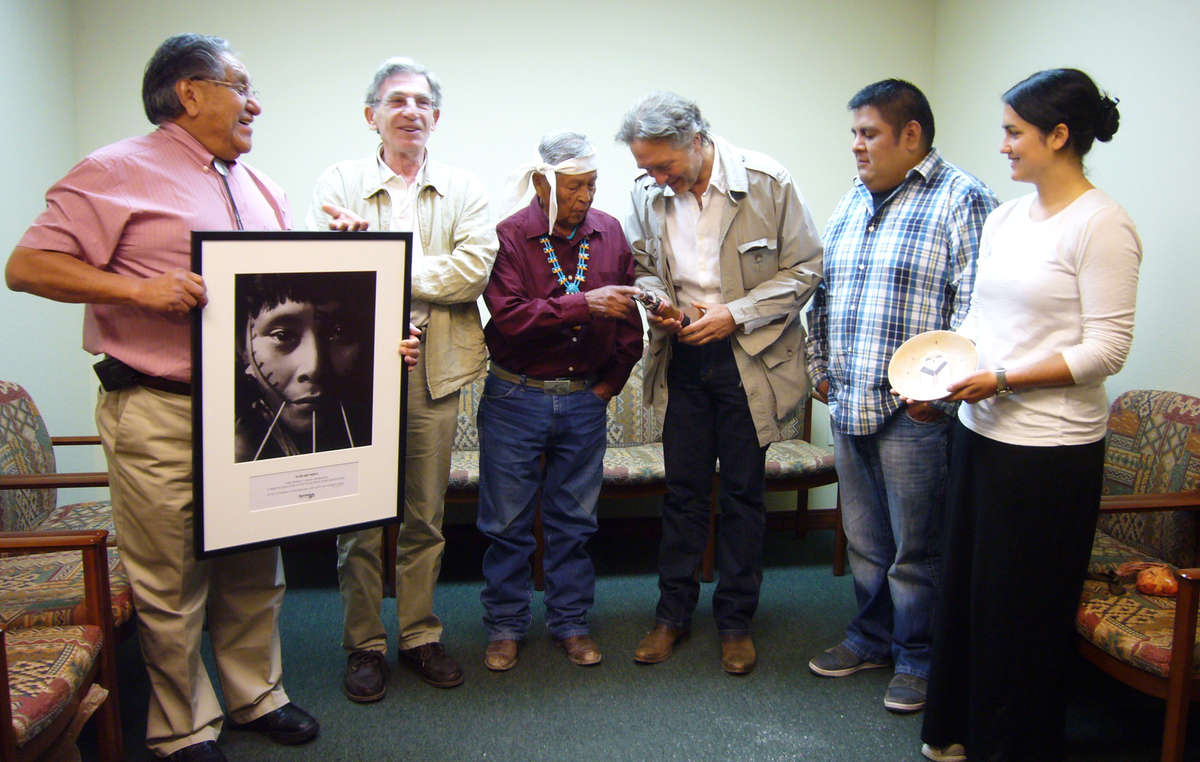 After the katsina handover, Hopi and the delegation exchanged gifts. © Survival

M. Servan-Schreiber then bought one katsina at the auction to return it to the Hopi. He said, ‘It is my way of telling the Hopi that we only lost a battle and not the war. I am convinced that in the future, those who believe that not everything should be up for sale will prevail. In the meantime, the Hopi will not have lost everything since two of these sacred objects* have been saved from being sold.’

Hollywood actor Robert Redford had also pleaded for the auction to be halted. He said, ‘To auction these would be, in my opinion, a sacrilege – a criminal gesture that contains grave moral repercussions.’

Stephen Corry, Director of Survival International, said, ‘The sale of Hopi katsinam would never have happened in the USA – thankfully US law recognizes the importance of these ceremonial objects. It is a great shame that French law falls so far behind. We’re delighted that at least two of the katsinam have been saved, and can be returned to their rightful owners.’

- Survival International was represented by Jean-Patrick Razon of the French office, and Leila Batmanghelidj and Kayla Wieche of the US office.

- Any public display of the katsinam, including in print, television or online, is considered deeply offensive and disrespectful to the Hopi. No photography was allowed of the katsina itself, or during the ceremony.

- *A second katsina was acquired by the family of the deceased French singer Joe Dassin, and will be returned to the Hopi later this year.