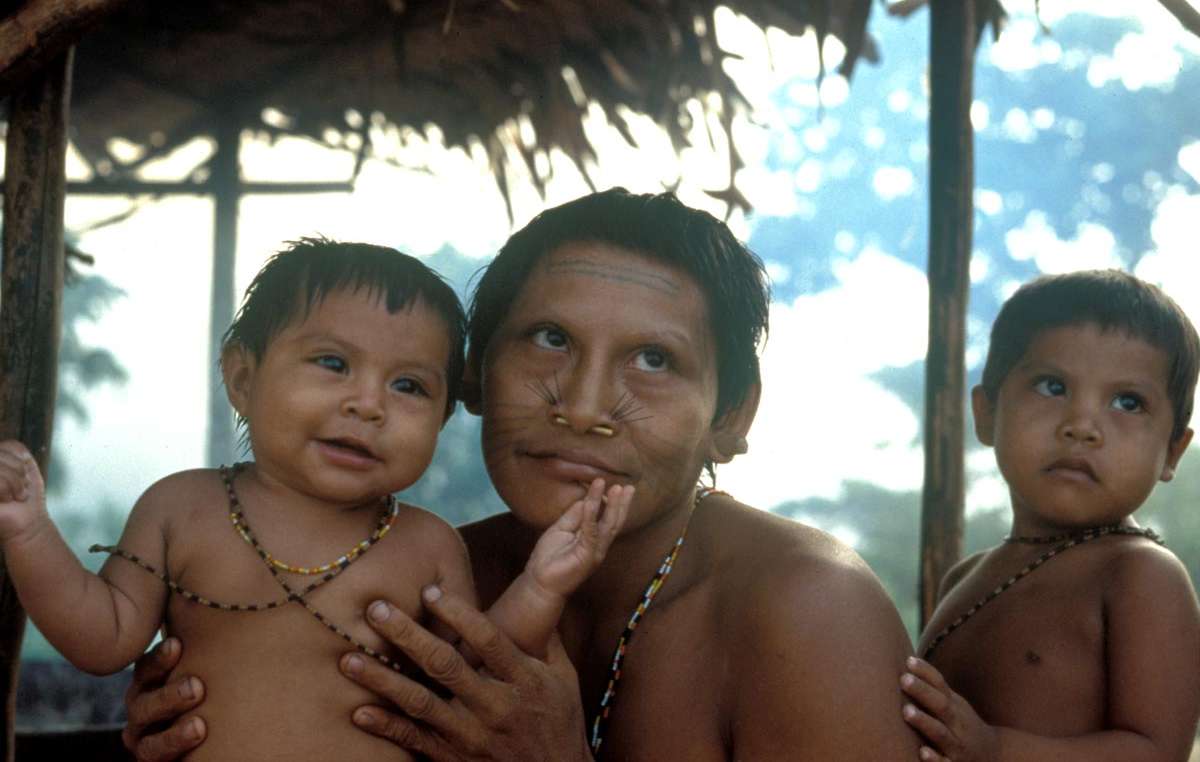 The Matís and other tribes of Brazil’s Javari Valley are speaking out against oil exploration around their forest. © Fiona Watson/Survival

Brazilian Indians have stated that they will not accept oil exploration on or near their lands, that they will ‘fight against the National Petroleum Agency’ and that they are more united than ever before in their fight for their rights.

The declaration follows a meeting where Matsés, Marubo, Matís and Kanamary Indians of the Javari Valley Indigenous territory discussed projects which oil companies and the Brazilian and Peruvian governments are planning to implement near their forest.

In an open letter, the Indians ask Brazil’s Public Prosecutors’ Office and the Inter-American Commission on Human Rights to urge the two governments to put a stop to all oil exploration in the area.

They state that they do not accept the Peruvian government’s oil projects near the Jaquirana river, as ‘they affect uncontacted Indians from both countries and the Matsés ancestral land on the border, by polluting the springs and the Javari river.’

Matsés Indians on both sides of the border are strongly opposing Canadian oil giant Pacific Rubiales, which has started to explore for oil in the Peruvian Amazon.

The Javari Valley is home to the highest concentration of uncontacted tribes in the world. Uncontacted Indians are particularly vulnerable as they depend completely on their forest for their survival. Any contact with the oil companies’ employees could prove fatal for the Indians who have little resistance to outside diseases.

In their declaration, the Indians call for a meeting with Brazil’s President Rousseff to discuss their concerns and demands, and urge the government to consult all the Indigenous peoples of the Javari Valley before making any decisions that will affect their lands.

They warn that they do not want to see a repetition of the tragedy they suffered in the 1970s and 1980s, when projects implemented by Brazilian company Petrobras ‘destroyed our homes and gardens, blew up our lakes and streams polluting the springs and leading to the death of several Indians, brought disease to our communities and malaria to the region, and brought an accumulation of litter to our territory, damaging the flora and fauna’.