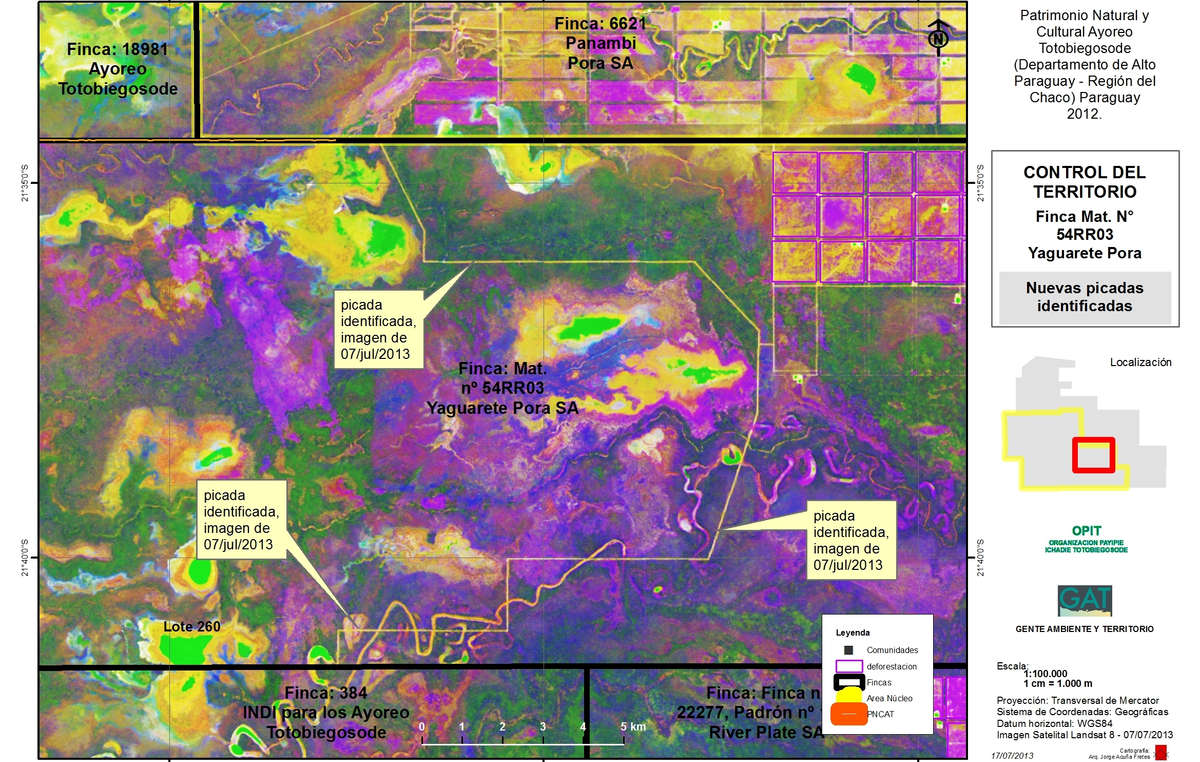 Yaguarete has bulldozed a new track (labelled ‘picada identificada’ on this photo) through uncontacted Indians’ forest. They plan to clear everything to the right of this track. © GAT

Forest inhabited by uncontacted Indians in Paraguay is being destroyed to make way for cattle destined for the European market.

New satellite images reveal that Brazilian company Yaguarete Pora has been felling forest in the north of Paraguay, the ancestral home of Ayoreo Indians.

Some of the Ayoreo are uncontacted and are continually forced to flee from cattle ranchers who have taken over much of their land.

Yaguarete is part of the UN Global Compact, an initiative set up to encourage companies to abide by principles that ‘support and respect the protection of internationally proclaimed human rights’.

But the company’s work places the lives of the uncontacted Ayoreo in extreme danger. Uncontacted Indians have no immunity to diseases brought by outsiders and could be wiped out if contact occurs with company workers. 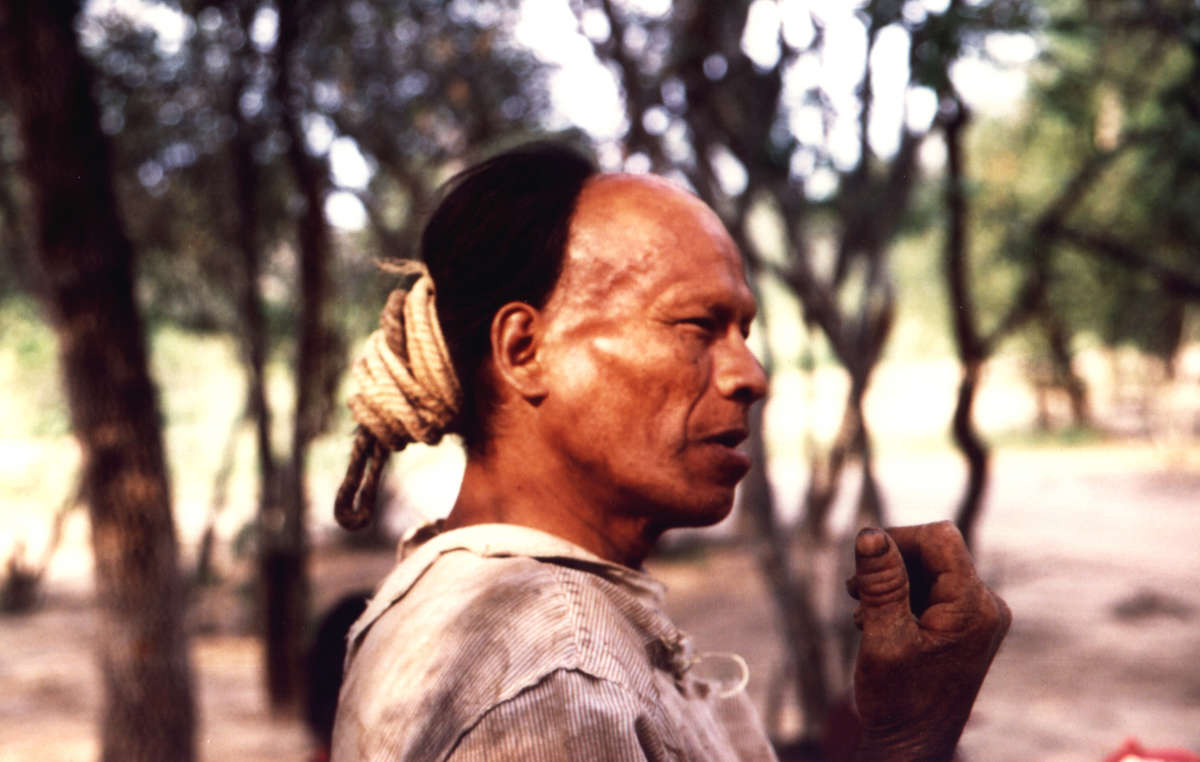 Parojnai is one of many Ayoreo who died from disease as a result of contact with outsiders. © Survival

Survival has written to the European Commission asking it to investigate its beef imports from the company.

In an attempt to ‘greenwash’ its work, the company has set aside part of its land as a ‘private nature reserve’. Yet the land is the ancestral property of the Ayoreo, and they have been claiming title to it for more than 20 years.

Many Ayoreo who have already been forced out of the forest have died in recent years, and many others are terminally ill.

Survival International’s director, Stephen Corry, said today, ‘Yaguarete is flagrantly ignoring the noble principles to which it has signed up, and the UN is seemingly powerless to intervene. This isn’t the first time the company has been caught doing this – when will Paraguay stop them putting Indians’ lives at risk?’