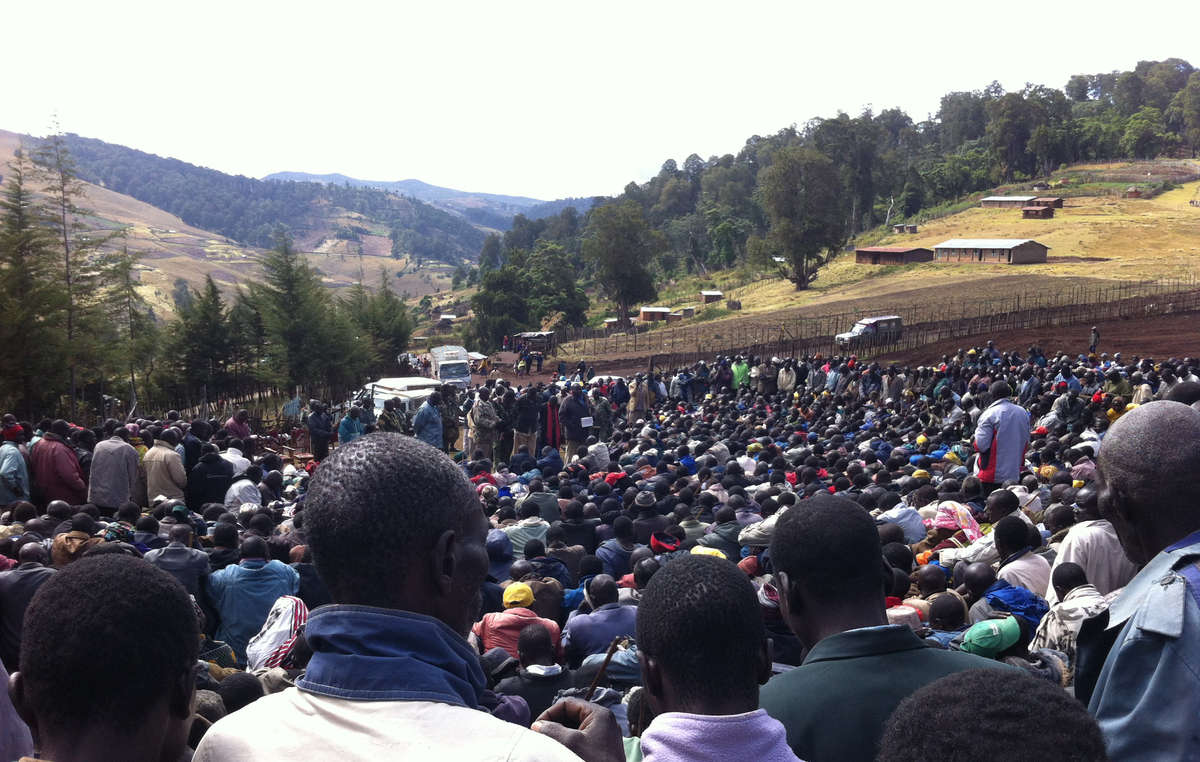 Sengwer, Marakwet and other inhabitants of the Embobut Forest are being told to move by authorities, March 2013. © Justin Kenrick/Survival

Some of Kenya’s last hunter-gatherers face eviction from their ancestral forest in the name of ‘conservation’ after a government notice expired on Monday.

The Sengwer tribe has safeguarded the Embobut forest in western Kenya for hundreds of years and they wish to remain on their lands and care for the forest where their ancestors are buried. But the Kenyan government claims to be protecting the forest’s biodiversity by removing the very people who have protected it.

Forest guards and police have been stationed nearby, and are expected to arrive in the forest on Thursday. Several Sengwer families have already fled their homes.

An estimated 13,500 Sengwer live in the Embobut forest. The tribe, also known as the Cherangany, lives in the Cherangany Hills in Kenya’s Northern Rift Valley as hunter-gatherers and beekeepers. They also keep crops and livestock.

The Sengwer lost much of their lands to the British colonial administration in the early twentieth century. Their remaining land has since been designated as forest reserves and one of their most prestigious hunting grounds was converted into a protected area, known as the Saiwa Swamp National Park. They have faced more than twenty evictions by forest guards since the 1980s.

Last year, the Sengwer launched a complaint against a project funded by the World Bank which put the Sengwer at risk of further eviction from their ancestral land by changing the boundaries of the forest reserves.

The threatened evictions violate the tribe’s constitutional right to free, prior and informed consent, a High Court injunction issued in March 2013, as well as international agreements on conservation to which Kenya is a party. The Convention on Biodiversity, for example, requires the government to respect the Sengwer’s customary and sustainable use of the forest’s resources.

Survival has joined an international appeal organized by the Sengwer and the Forest Peoples’ Programme in response to the threatened evictions.