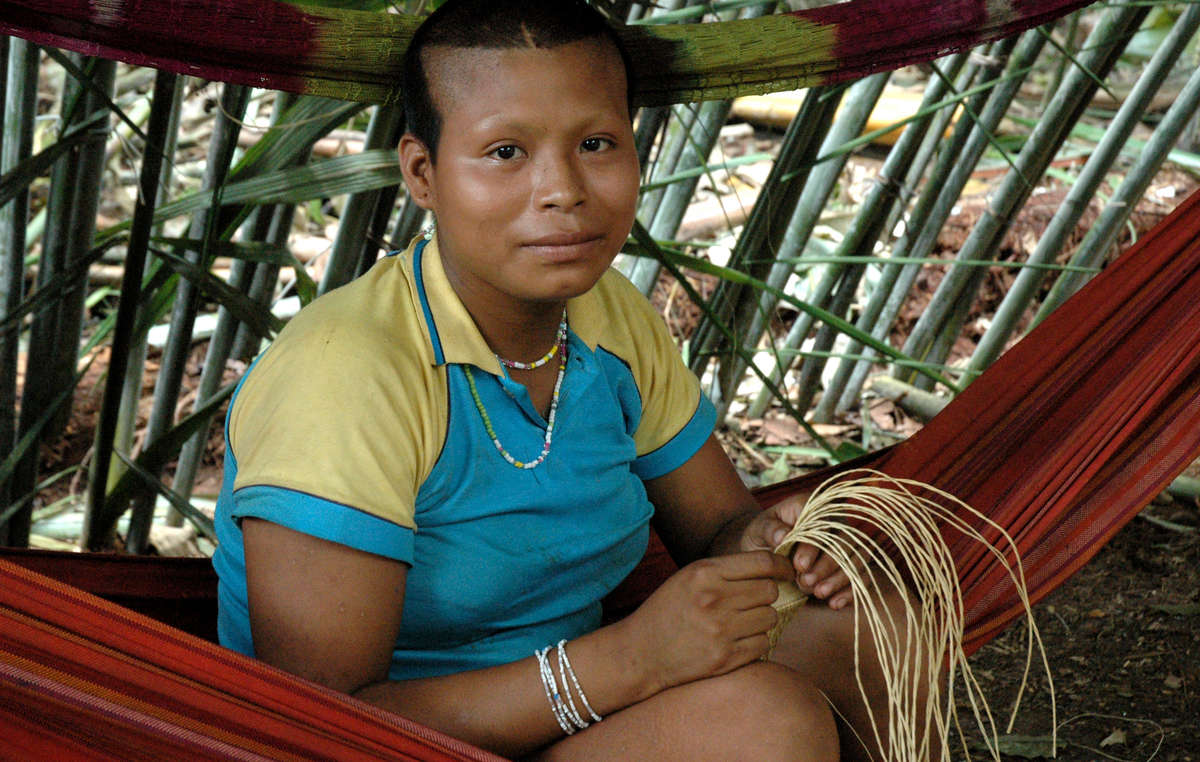 Nukak have been forced into sedentary life on the outskirts of towns, while their land has been taken over by illegal armed groups. © David Hill/Survival

Nukak Indians in Colombia have been forced from their homes by illegal armed groups, in the latest attack against the country’s most recently-contacted tribe.

The Nukak’s existence only became widely known in 1988, when around 40 members of the tribe surprised colonists by turning up in their newly-established town inside the Nukak’s ancestral territory.

Following the contact, half of the Nukak succumbed to outside diseases such as flu and malaria.

Despite a successful campaign by Survival, National Indigenous Organization ONIC, and others to create an Indigenous reserve for the Nukak, their forest has been overrun by illegal armed groups and coca-growers, and land-mines are thought to litter the area.

The once-nomadic hunter-gatherer Indians have been largely reduced to sedentary refugees, who rely on state handouts for their survival.

Colombia’s bloody conflict between illegal armed groups (now funded primarily by the cocaine trade) and government forces has destroyed the lives of tens of thousands of Indigenous people.

According to ONIC, 35 Colombian Indians are displaced from their homes every day, and one Indigenous person is killed every 40 hours.