A Nukak child wearing a necklace made from monkey teeth. © Juan Pablo Gutierrez

This page was last updated on September 14, 2011 and may contain language which is now outdated.

Armed rebels have hijacked the first attempt to provide medical aid by boat to Colombia’s near-extinct and nomadic Nukak Indians .

Survival has learned that medical staff were forced to abandon all their supplies, which included stretchers, surgical equipment and computers.

The National Indigenous Organization ONIC, which owns the stolen boat, told Survival how it came under attack. Members of FARC (Revolutionary Armed Forces of Colombia) gave those on board twenty minutes to flee. 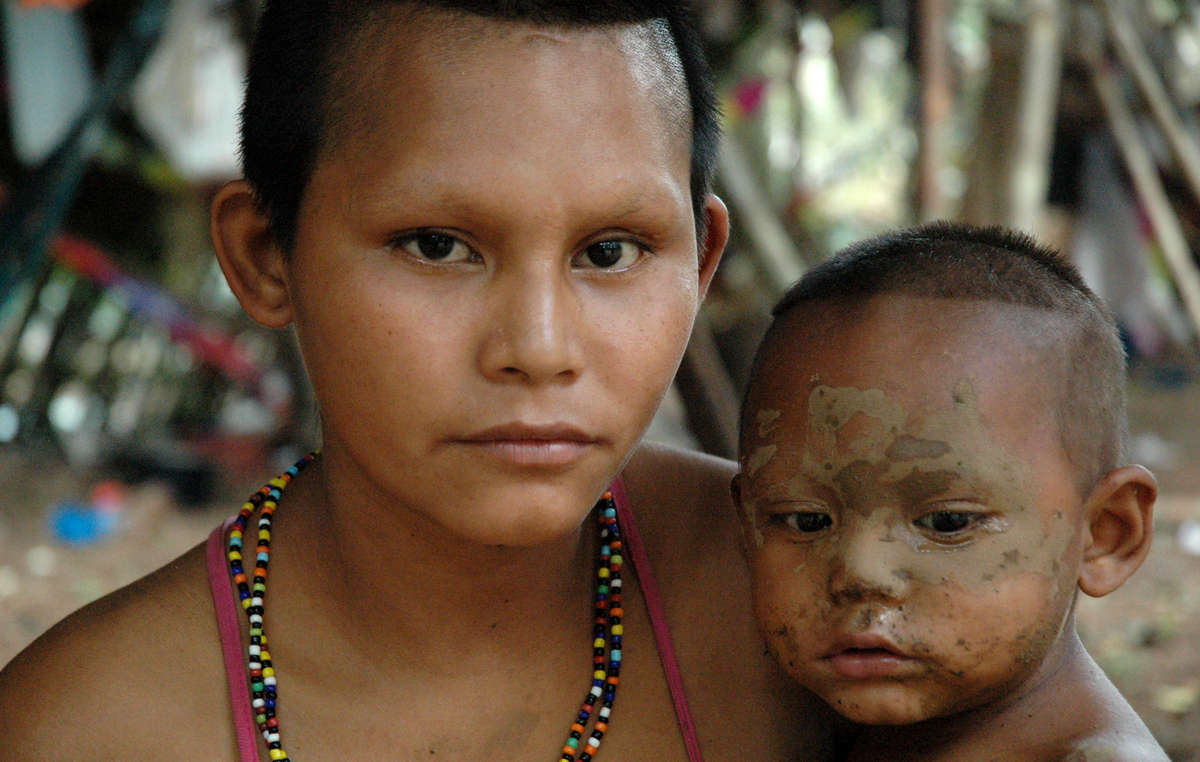 The incident is a huge blow for vulnerable Nukak Indians who have little or no access to health care. Last month the United Nations listed the tribe as one of 35 groups in immediate danger of extinction.

Survival’s Director Stephen Corry said, ‘Colombia’s interminable civil war has wreaked death and destruction on the Nukak. For the tribe’s nomadic members, it spells absolute disaster. The hijacking of this boat denies them their only source of healthcare. It seems cruel and unfair that this innocent party is suffering the most.’

Nomadic Nukak continue to move through the forest despite the dangers posed by guerrilla insurgents pursuing coca cultivation in the southern Amazon. But some have been forced into settlements on the outskirts of towns, too afraid to return to the forest.