The Khadia were evicted from their homeland inside Similipal Tiger Reserve in December 2013. They are now living in dire conditions under plastic sheets and have not received the compensation they were promised. © Survival International

This page was last updated on March 16, 2022 and may contain language which is now outdated.

Survival has received disturbing reports that several tribal villages are facing imminent eviction from Tiger Reserves in Odisha in eastern India, despite the villagers’ desperate appeal to stay on the land and to involve them in protecting the forest.

Testimony obtained by Survival shows that tribes in Similipal Tiger Reserve, who have been living with the forest’s wildlife for generations, are determined to stay on their land, but have been facing years of harassment and pressure from forest guards to force them out of the reserve.

A Munda man from Jamunagarh, one of the villages slated for eviction, told Survival, ‘We are very much dependent on the forest…We don’t have any conflict with the wildlife. We don’t hunt or cut down trees. If we leave we will face a lot of hardship… Please don’t displace us!’

In potential breach of the law, wildlife authorities in Odisha are determined to clear ‘core areas’ inside Tiger Reserves of all human habitation. Three out of six villages have already been removed from Similipal and eviction plans are currently underway in the neighboring Satkosia Tiger Reserve. 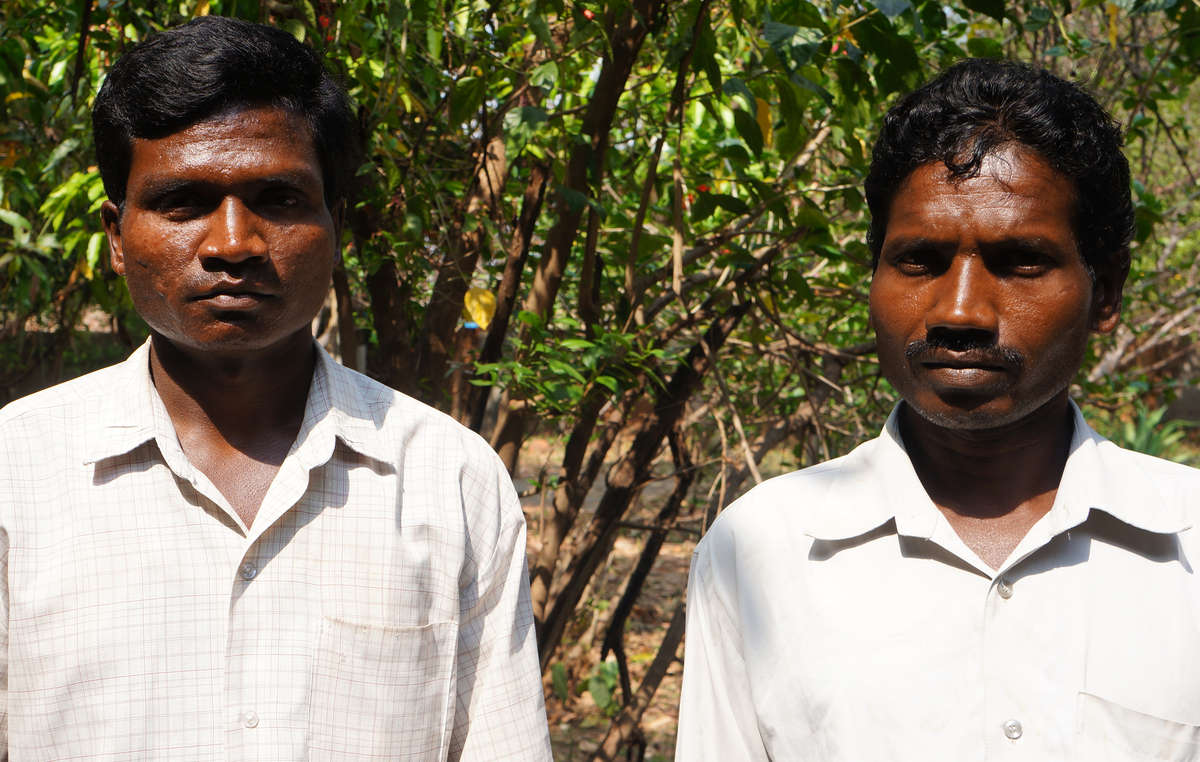 Two Munda men from Jamunagarh village have launched a desperate appeal to remain on their land inside Similipal Tiger Reserve. © Survival International

During the most recent eviction from Similipal in December 2013, 32 families of the Khadia tribe were moved to a resettlement village outside of Similipal and only received a fraction of the compensation they were promised. Sheltering under plastic sheets on a tiny patch of land, the tribe is now entirely dependent on government handouts for their survival.

Local media reports heralded the December eviction as a ‘major success’ which will make further relocations ‘easy’. But Munda from Jamunagarh were horrified by conditions at the resettlement site, saying, ’We have been there. Seeing their condition made my heart cry. Please don’t displace us.’

According to Indian law, the villagers’ consent needs to be obtained and their claims to their forest land processed before such resettlements can go ahead. But their rights are ignored and communities are worn down with harassment and promises of money, food, livestock and land – most of which never materialises.

As the original conservationists, tribal peoples inhabit the world’s most biologically diverse regions – and it is often because they have protected their fragile environments that the wildlife has managed to survive. But India’s authorities seem intent on creating human-free zones inside tiger reserves around the nation.

Survival’s Director Stephen Corry said today, ‘Tribal peoples are usually the best conservationists. In spite of this, in many places around the world they are being illegally evicted from their lands in the name of ‘conservation’. Nowhere is this more blatant than in reserves where people who have lived alongside wildlife for generations are kicked out to make way for busloads of tourists and the roads and infrastructure they demand. It’s not about conservation, it’s about others profiting from tribal lands.’

Notes to editors:
- Similipal was declared a tiger reserve in 1973. In several evictions between 1987 and 2013, three out of six villages were removed from Similipal’s core zone. The remaining three villages Jamunagarh, Kabatghai and Bakua are currently resisting eviction.
- A Survival researcher who recently visited the area is available for interview