The Dark Side of Brazil: Police teargas Indians at anti-World Cup protest 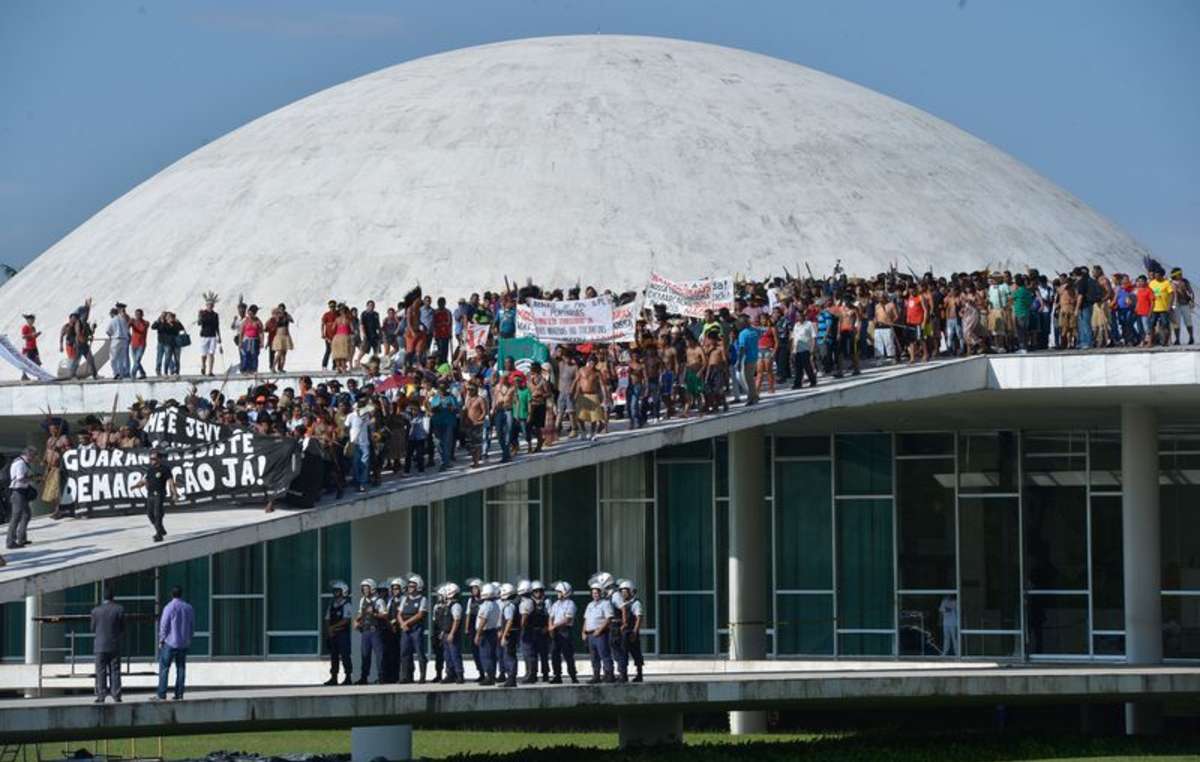 Hundreds of Brazilian Indians are protesting against the World Cup this week, marching in the streets of Brasília and around the capital’s Mané Garrincha football stadium, calling for their lands and lives to be protected.

There is mounting anger at the government’s failure to recognize and protect their lands, vital for their survival, while spending millions of dollars on hosting the World Cup.

The protestors who are from several tribes have forced FIFA to close the stadium, and to cancel its trophy display.

A delegation of 18 indigenous protestors met the Minister of Justice yesterday. Indigenous leader Sonia Guajajara, national coordinator of the Association of Indigenous Peoples (APIB), said, ‘We are here to show that without our land, we are chained up. We are imprisoned. We are here to demand our rights.’

The Guarani tribe, Brazil’s largest, suffers extremely high malnutrition and suicide rates as their land has been stolen to make way for vast sugar cane plantations. Their leaders are frequently targeted and killed by gunmen acting for the landowners.

They are calling for their land to be demarcated as a matter of urgency before more lives are lost, and for the cancellation of a series of draft bills which, if passed into law, would drastically weaken their, and other tribes’, control over their lands. Those in the Amazon are calling for a halt to the many hydro-electric dams being built on their land.

Earlier this year, Nixiwaka Yawanawá, an Amazon Indian from western Brazil, greeted the World Cup trophy on its arrival in London with a T-shirt reading ‘BRAZIL: STOP DESTROYING INDIANS’.

Brazil is home to more uncontacted tribes than anywhere else in the world. They are the country’s most vulnerable people and face extinction if their lands are not protected. Survival is calling on Brazil to protect their land and remove all invaders, as has recently been achieved with the Awá, Earth’s most threatened tribe.

In the run up to the FIFA World Cup, Survival is highlighting ‘The dark side of Brazil’. Click here to find out more about the situation of Brazilian Indians and the government’s attacks on their rights to their land.