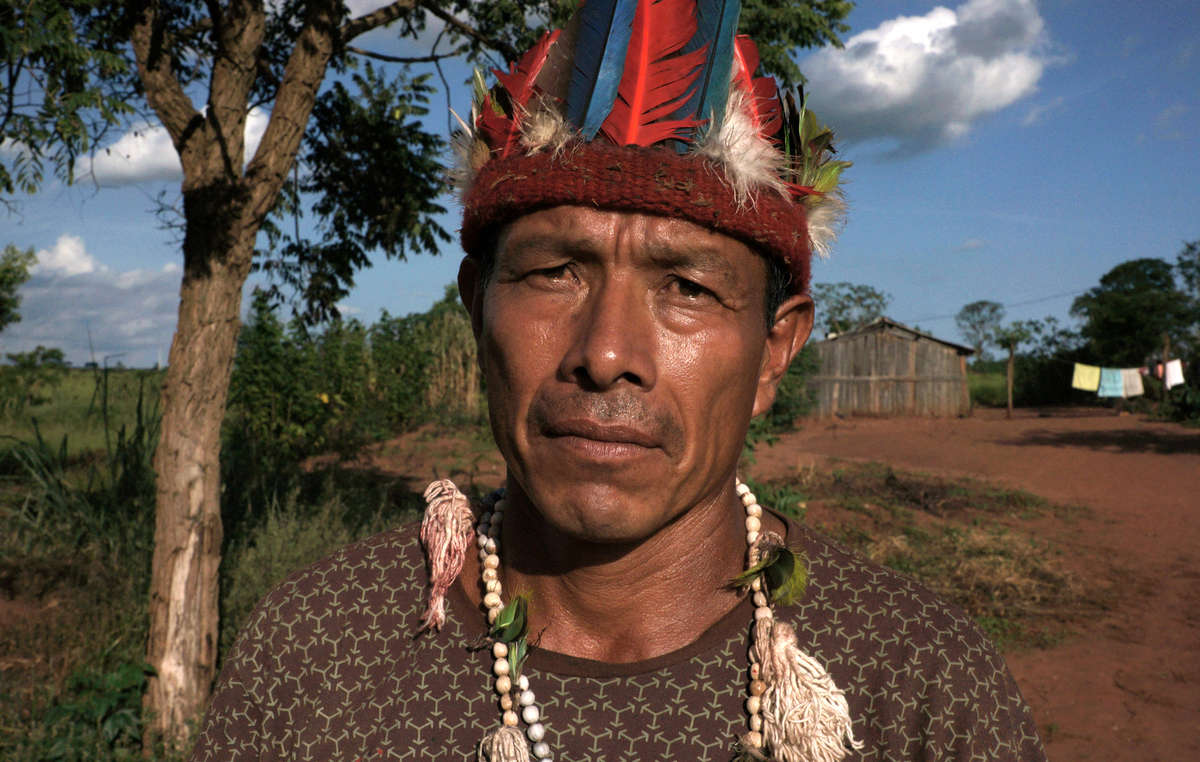 Guarani man. Tribes across Brazil are expressing their anger at a draft bill which would open up their territories for industrial projects. © Sarah Shenker/Survival

Brazil’s Congress is currently debating a controversial bill to open up Indigenous territories for mining, dams, army bases and other industrial projects. If it becomes law, the bill would be an ‘unmitigated disaster’ for Brazil’s Indians.

Most Indigenous peoples rely on their lands to sustain themselves physically and culturally. Uncontacted Indians are particularly vulnerable and without their forests intact, they will not survive.

The Brazilian constitution currently guarantees the Indians’ right to exclusive use of their land, except in extreme circumstances of ‘relevant public interest’.

The new proposal, known as Draft Bill 227, is part of a wave of moves to weaken Indigenous rights, being pushed by Brazil’s powerful rural lobby group. It is supported by several members of Congress, some of whom have reportedly received funds from mining and agri-business companies including Bunge, which is buying sugarcane grown on the Guarani tribe’s land.

Indigenous peoples across the country are expressing their anger at this move, which has been branded an ‘anti-Indigenous maneuver’ by tribes of Rondonia state in the western Brazilian Amazon. They say, ‘We want our anger at this serious insult to our constitutional rights to be heard nationally and all over the world… In the name of ‘progress’, [the government] kills rivers, forests and human beings… We will continue to resist, and fight to construct a new system of indigenist politics which is democratic and in line with our aspirations.’

Earlier this month, President Rousseff met with Indigenous leaders for the first time since she took office in January 2011. She promised to listen to Indigenous peoples, and stand alongside them in their fight against legislation which violates their rights.

No Indigenous people have been consulted about this proposed law.