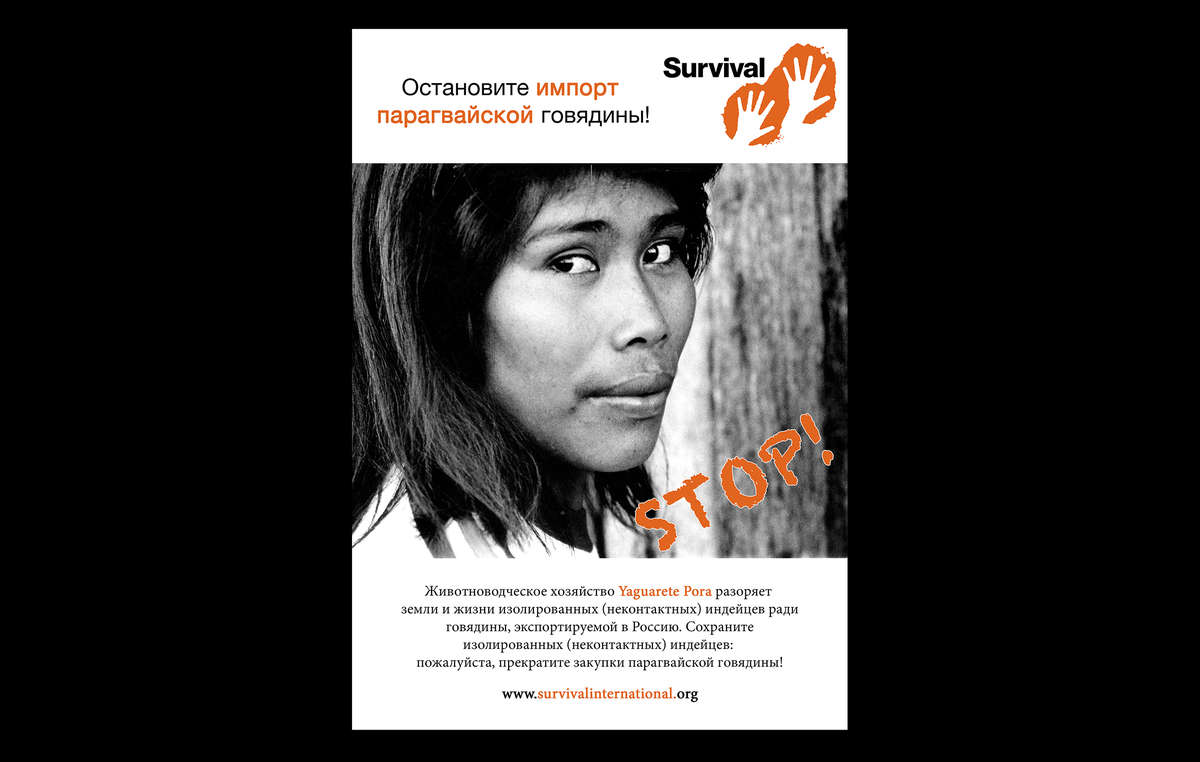 A new ad campaign has been launched in Russia warning people not to buy Paraguayan beef because of the risk the ranching industry poses to the Chaco’s uncontacted Indians.

Russia is the biggest importer of Paraguayan beef.

Satellite images have revealed that the company is destroying the last tracts of standing forest in the northern Chaco region of Paraguay, an area recently found to have the fastest rate of deforestation in the world.*

Survival has launched an advertising campaign warning Russia to stop beef imports from Paraguay until the Ayoreo’s land is protected.

Contacted Ayoreo have demanded their legal right to the land being destroyed by Yaguarete Porá for more than twenty years.

Under Paraguayan and international law, the government has the duty to return the land to its ancestral owners: the Ayoreo.

Uncontacted Ayoreo depend on the forest for their survival, and face extinction if they come into contact with the ranchers.

Many Ayoreo have already been forced out of the forest by ranchers and missionaries, and countless have contracted deadly diseases spread following first contact.

Satellite imagery has confirmed the Ayoreo’s innate ability to protect their forest, but their land is now an island of trees amidst massive forest clearances.

Russian social media networks and blogs have already published the warning over Paraguay’s beef, and dozens of media outlets have received Survival’s advert, which will continue to appear in the coming months.

Survival International’s Director Stephen Corry said today, “The good image of Paraguayan beef, one of the country’s most important exports, is being jeopardised by the actions of one renegade company. Unless the government can bring Yaguarete Porá under control, and block their plans to deforest most of their landholding, the whole country’s beef exports to Russia, its biggest buyer, will be placed in jeopardy. Few will want to buy beef that could have been produced by cutting down the last refuge of the uncontacted Totobiegosode Indians.”