In this scene of ’Amazon’s Ancient Tribe’, Paul Raffaele said a Suruwaha girl refused to shake his hand because she wanted to kill him. In fact, he was wearing so much sun cream the Suruwaha thought he had a skin disease. © Channel 7

An Australian TV Channel has lost a legal appeal over a program branded “Freakshow TV” for its racist and misleading depiction of Amazon Indians as child murderers.

Australia’s Federal Court dismissed Channel 7’s appeal against the ruling that the program ’Amazon’s Ancient Tribe’, presented by Australian “adventurers” Paul Raffaele and Tim Noonan, was racist. It is the second appeal that Channel 7 has lost.

The decision marks a major victory for Brazil’s Suruwaha Indians, who had condemned the show’s misleading portrayal of them as murderers who kill innocent children. Two separate appeal hearings have now ruled that this was seriously inaccurate. 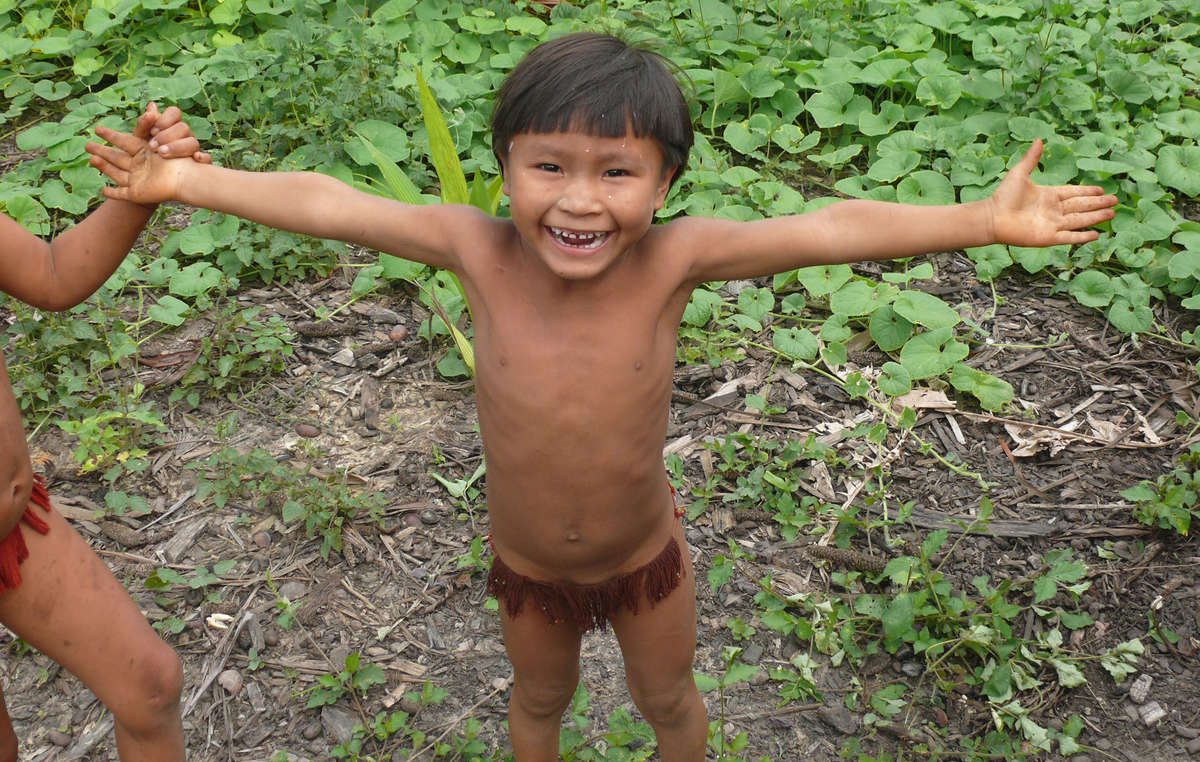 The report portrayed the Suruwaha as child murderers and the ‘worst human rights violators in the world’. © Adriana Azevedo/Survival

A Suruwaha man told Survival after the show was broadcast in 2011, “They lied about us…They said, ’The Suruwaha kill their children.’ The Suruwaha don’t kill children nowadays.”

The show openly fundraised for an evangelical missionary organization which is pushing a bill in Brazil’s Congress that could allow the removal of tribal children – echoing Australia’s Stolen Generation scandal. The bill singles out Brazilian Indians and perpetuates the myth that tribes are more violent than other societies.

The Channel 7 show is not an isolated case. A recent report on Globo TV – Brazil’s leading broadcaster – falsely claimed that 13 tribes in Brazil practice infanticide, while in fact the practice is extremely rare and dying out. Unfortunately, such misleading portrayals of tribal peoples continue to have a large impact on how tribal peoples are treated by those in power.

Survival’s Director Stephen Corry said today, “One of Australia’s highest courts has now confirmed what Survival and the Suruwaha have known all along – that Channel 7’s portrayal of the Suruwaha as child killers was both racist and wrong. Sadly, infanticide happens in all societies. It should be condemned everywhere, but the evangelical lobby in Brazil clearly decided to single out Indians as uniquely responsible to promote the idea they’re backward and in need of outside intervention.”

- Forms of infanticide are found in all societies, including industrialized ones. The practice is rare and dying out amongst Amazon Indians. Survival opposes non-consensual practices, however ‘traditional’, which hurt or kill people. This includes infanticide.

- Download a briefing sheet on what experts and Indians say about infanticide allegations by fundamentalist missionary organization JOCUM (pdf, 49 KB).

- Survival has written a set of ethical guidelines to help filmmakers work responsibly with tribal peoples.