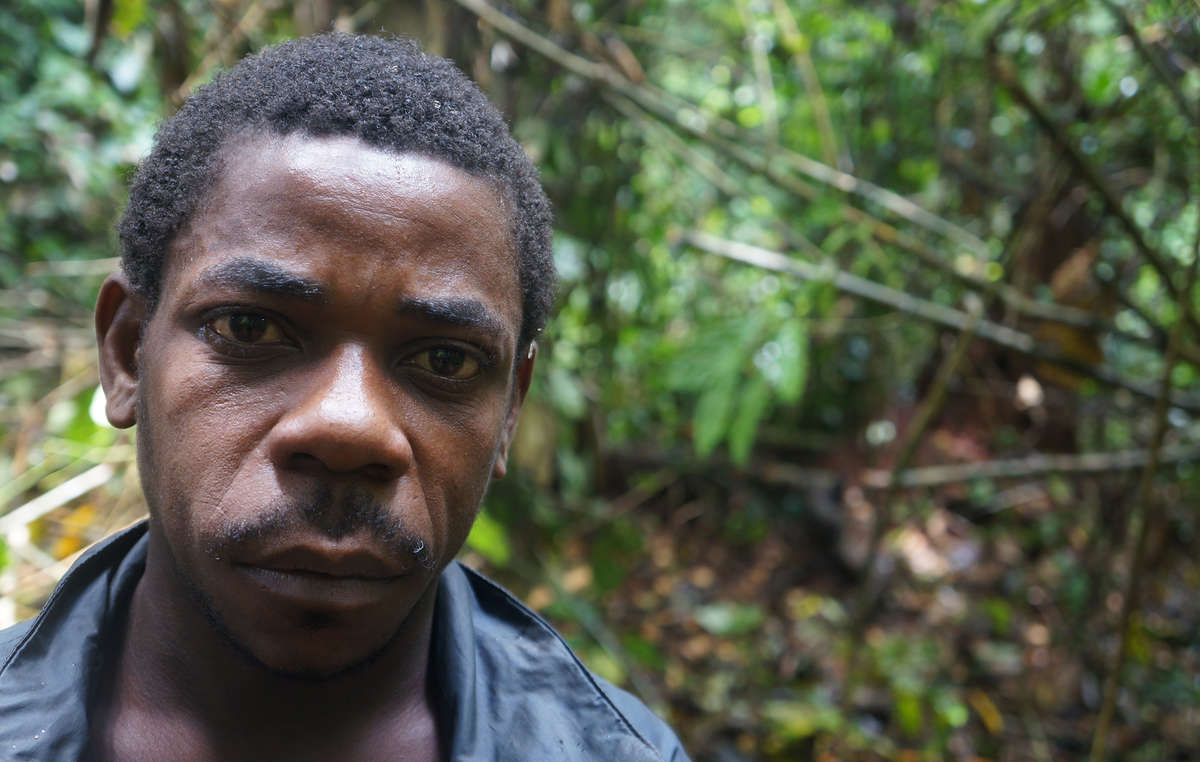 ‘They beat us at the WWF base. I nearly died.’ Baka ‘Pygmy,’ Cameroon. © Survival International

In an article published this week by US journal Truthout and British magazine The Ecologist, Corry writes that governments, with the support of conservation organizations, are forcing Indigenous peoples off their ancestral homelands in the name of “conservation”.

The illegal evictions of tribal peoples in India, the torture and abuse of Indigenous Baka “Pygmies” in Cameroon, and the mistreatment of the Bushmen in Botswana are just a few examples evoked by Corry, which Survival’s "Parks Need Peoples" campaign has exposed.

Corry further takes aim at big conservation players such the United for Wildlife consortium of conservation organizations, and the World Wide Fund for Nature (WWF), for contributing to the illegal treatment of tribal peoples. 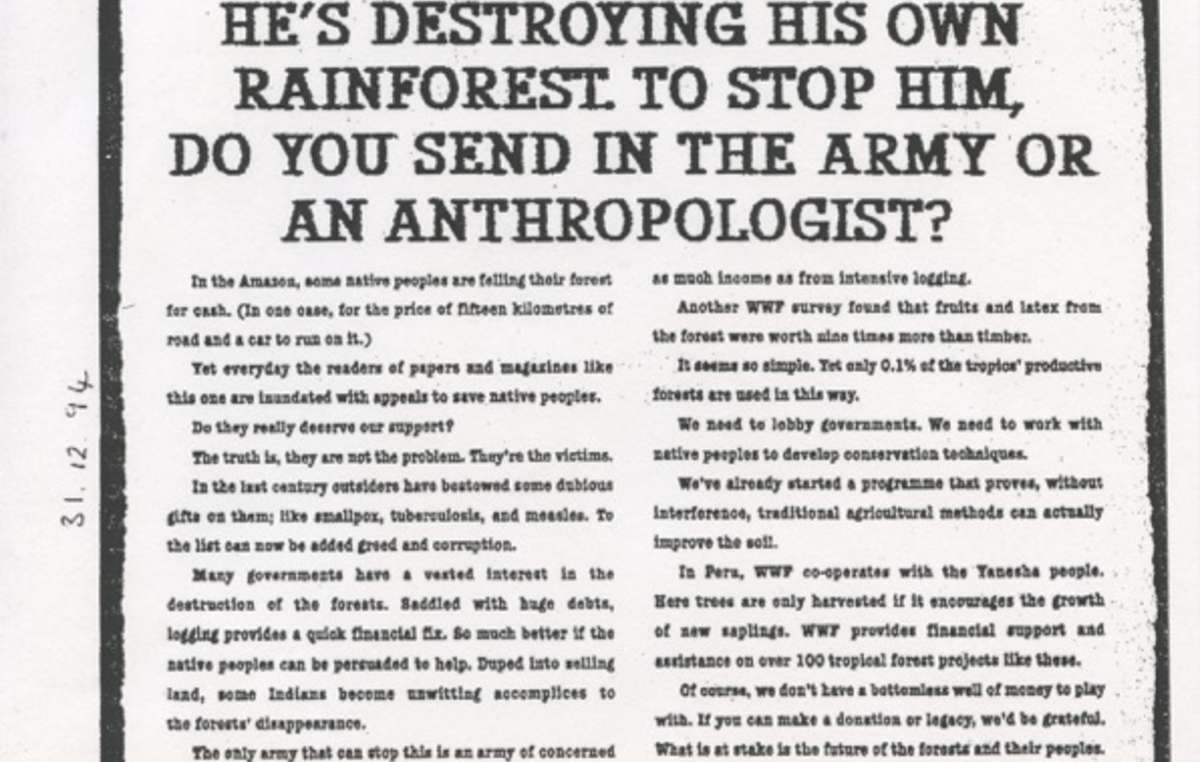 A WWF ad from 1994 asks whether ‘to send in the army or an anthropologist’ to stop Indigenous people destroying the Amazon rainforest. © WWF

The next United for Wildlife meeting will be hosted by Botswana, whose President is guilty of trying to eradicate Bushmen hunters.

WWF funds “ecoguards” in Cameroon who arrest and abuse Baka “Pygmies” for entering their ancestral forests which have been turned into protected areas.

Corry writes, “Conservation has to wake up to the fact that tribal peoples are better at looking after their environment than anyone else.

Xoroxloo Duxee, who died because the Botswana government stopped the Bushmen accessing their water. © Survival International

“Conservation has to stop the illegal eviction of tribal peoples from their ancestral homelands. It has to stop claiming tribal lands are wildernesses when they’ve been managed and shaped by tribal communities for millennia. It has to stop accusing tribespeople of poaching when they hunt to feed their families.”

Survival believes that tribal peoples are the best conservationists and guardians of the natural world.