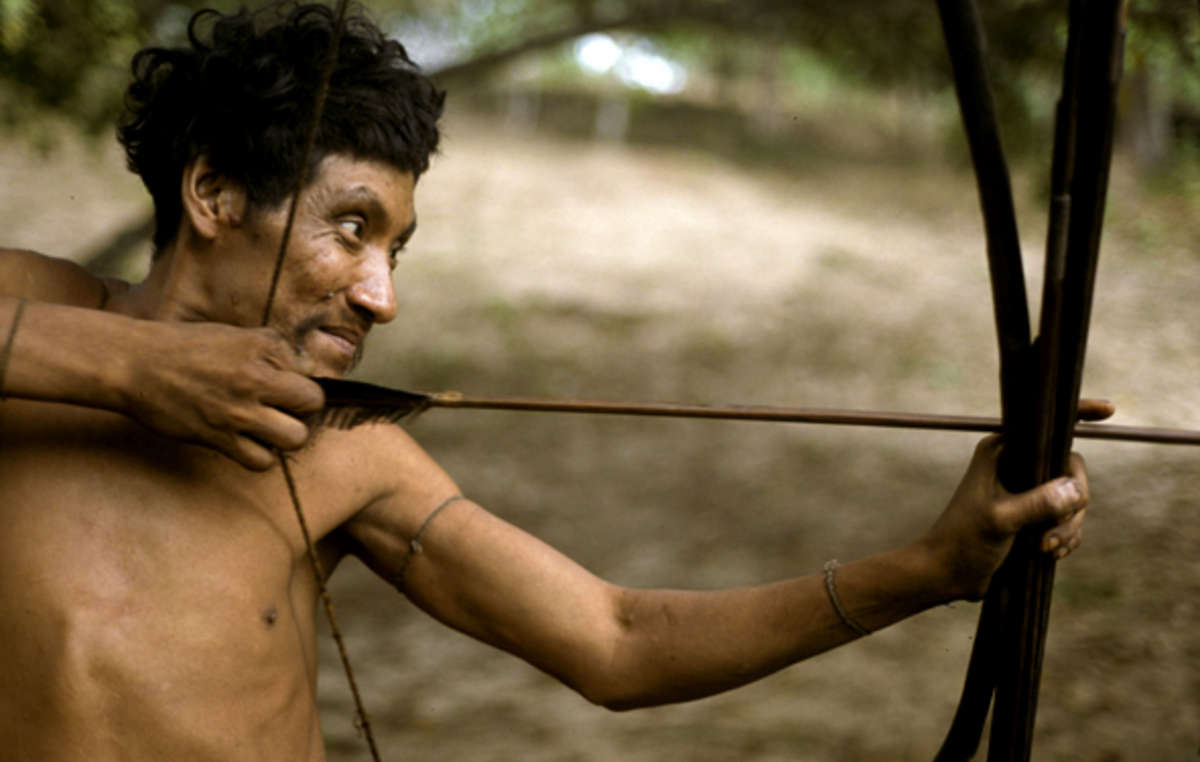 Tribal peoples hunt to feed their families, yet they are often criminalized as ‘poachers.’ © Fiona Watson/Survival

Indigenous organizations and thousands of people from around the world have called on delegates attending a major conference on the illegal wildlife trade to recognize tribal peoples’ right to hunt for their survival.

Survival International, the global movement for tribal peoples’ rights, Indigenous organizations from Brazil, Cameroon, Kenya and many other countries, and over 80 experts on hunter-gatherers, have urged delegates attending an intergovernmental conference in Kasane, Botswana, on March 25, to recognize that tribal people should not be treated as criminals when they hunt to feed their families.

Thousands of supporters of Survival sent a similar message to representatives of the EU, USA and UK, and the World Wide Fund for Nature (WWF). 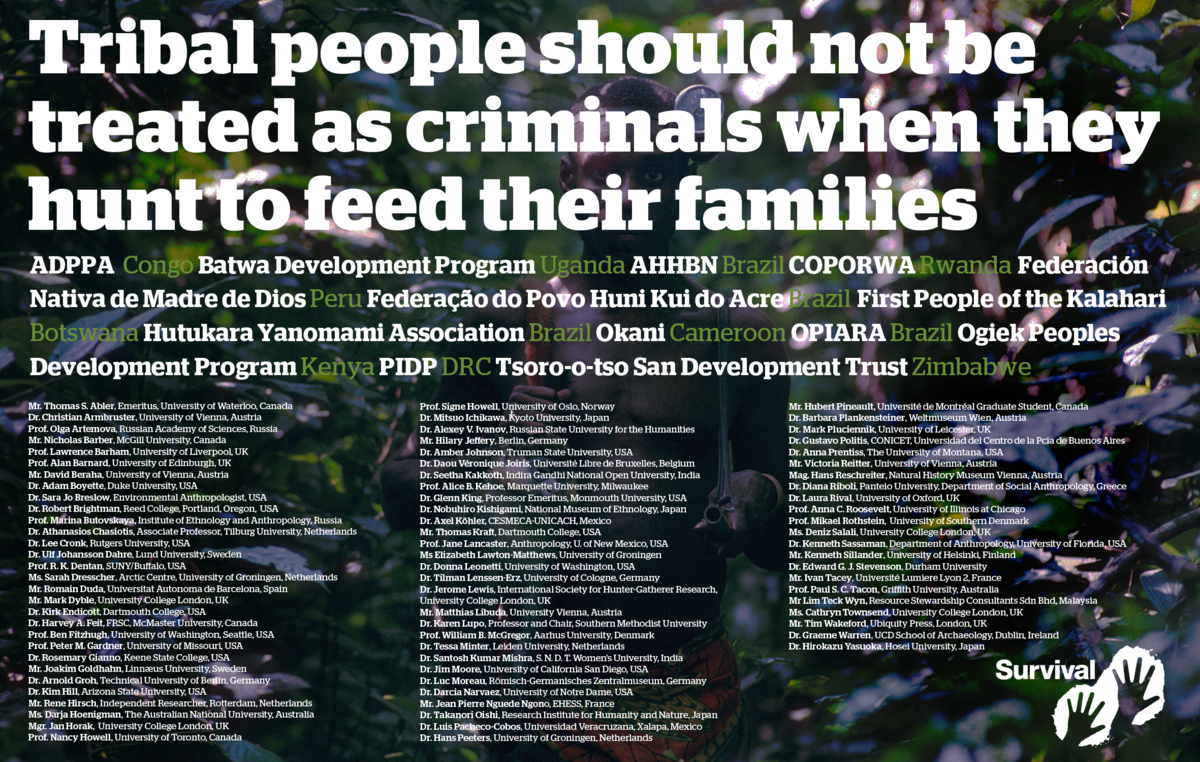 Indigenous organizations around the world and over 80 experts on hunter-gatherers have called on world leaders to recognize tribal peoples’ right to hunt for subsistence. ©

The Kasane conference follows a similar event in London in February 2014, attended by heads of state, Prince Charles and Prince William, who called for stronger enforcement of wildlife laws. But they failed to recognize that these laws often criminalize tribal peoples as “poachers” because they hunt their food.

Tribal peoples face arrest and beatings, torture and even death for hunting to feed their families, while fee-paying big-game hunters are encouraged.

Baka “Pygmies” in Cameroon and Bayaka “Pygmies” in the Republic of Congo have been beaten and tortured by anti-poaching squads, and fear going into the forest to hunt. And despite winning a major legal victory which confirmed their right to hunt inside the Central Kalahari Game Reserve, Bushmen in Botswana are routinely arrested and beaten when found hunting.

During a symposium organized by the International Union for the Conservation of Nature (IUCN) and others on “wildlife crime” in February, human rights lawyer Gordon Bennett issued a damning legal analysis of the negative impacts of wildlife law enforcement on tribal peoples.

Survival’s Director Stephen Corry said today, “It’s utterly irresponsible for conservationists and politicians to call for tougher law enforcement against ‘poaching’ without clearly acknowledging that tribal subsistence hunters are not, in fact, ‘poachers.’ It’s not a matter of semantics – tribal hunters are being systematically arrested, beaten and tortured for ‘poaching,’ and it is happening because conservationists are not standing up for tribal peoples’ rights. If delegates at the Kasane conference cared even the slightest about the lives of the Indigenous communities their policies affect most, they would acknowledge that tribal people should not be treated as criminals when they hunt to feed their families.”