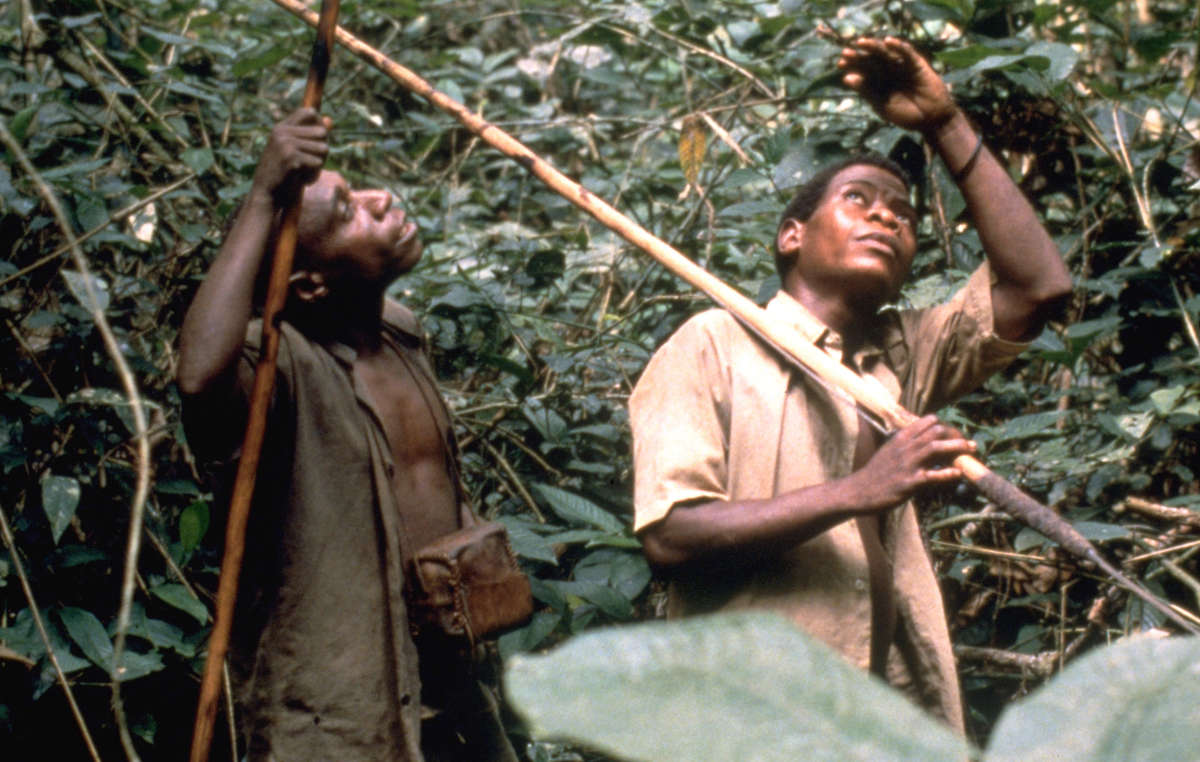 British human rights lawyer Gordon Bennett has issued a damning legal analysis of the negative impacts of wildlife law enforcement on tribal peoples in Botswana, Cameroon and India during a symposium organized by the International Union for the Conservation of Nature (IUCN) and others on “wildlife crime” on Friday.

Mr Bennett presented a paper which argues that wildlife law enforcement almost always harms tribal communities because the wrong laws are being enforced by the wrong people against the wrong people – with examples from Botswana, Cameroon and India.

The Kalahari Bushmen’s right to hunt for food is a fundamental human right confirmed by Botswana’s High Court. President Khama has illegally banned all hunting in the country – except for wealthy trophy hunters. Bushmen caught hunting are arrested, beaten and tortured.

Bushman spokesperson Jumanda Gakelebone said, “We are still hunter-gatherers. We want to be recognized as hunter-gatherers. If you say don’t hunt, it means don’t eat. If you are going to ban hunting, you have to consult us. You’re going to turn us into poachers. But hunting for us has never been about poaching. We hunt for food.” 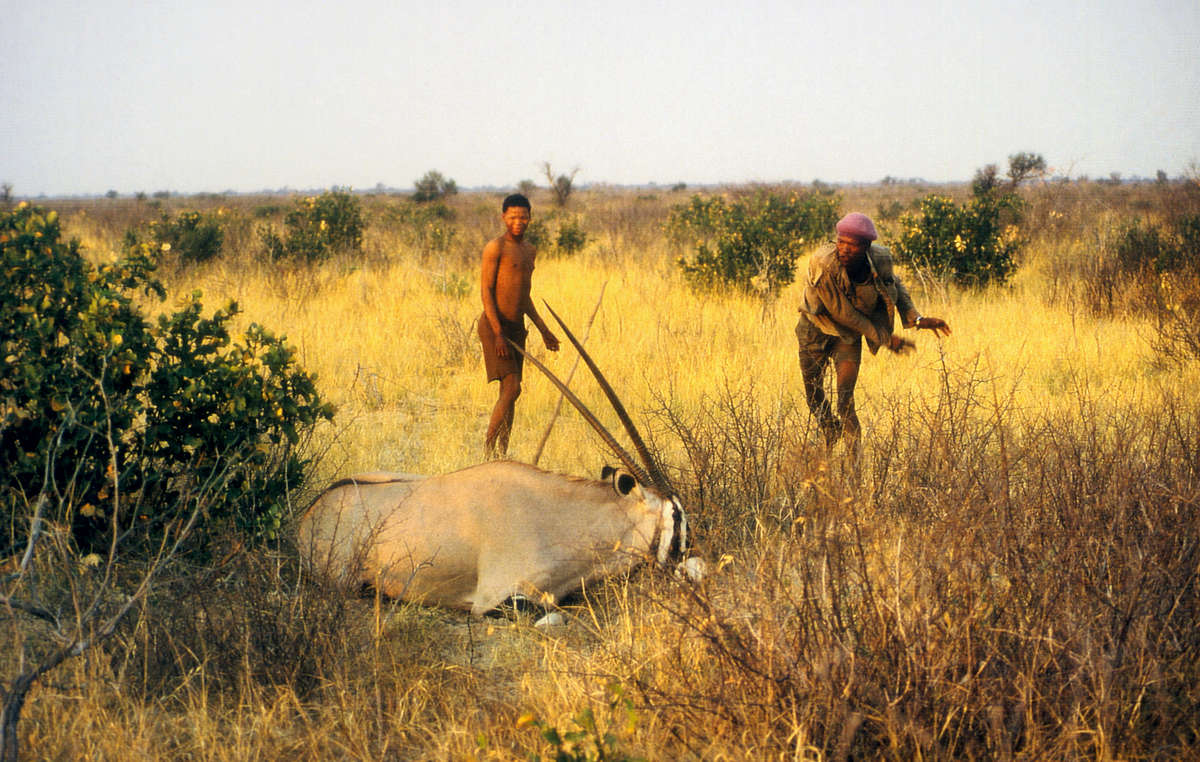 The Bushmen have been criminalized for hunting to feed their families by the Botswana government. © Philippe Clotuche/Survival

In India, efforts to save the tiger have led to the illegal eviction of countless communities . In Cameroon, Baka “Pygmies” have been beaten or tortured by anti-poaching squads and now fear going into their forest, with devastating consequences for their health, livelihoods and Indigenous knowledge.

Mr Bennett called on conservationists to implement a radically different approach which listens to tribal peoples’ voices as the “eyes and ears of the land,” and respects their rights.

The symposium in South Africa precedes a major intergovernmental conference on the illegal wildlife trade in Kasane, Botswana, in March 2015. Governments, as well as the consortium of conservation organizations “United for Wildlife” have been criticized for failing to publicly acknowledge that tribal hunters are not poachers .

Survival’s Director Stephen Corry said today, “Tribal people and Survival International are calling on the conference in Botswana and United For Wildlife organizations to issue a statement on tribal subsistence hunting: 'Tribal peoples shouldn’t be criminalized for hunting to feed their families.'”

- Download the paper “Negative impacts of wildlife law enforcement in Botswana, Cameroon and India” (pdf, 60 KB), authored by Gordon Bennett (Barrister), Dr Jo Woodman (senior campaigner at Survival International), Jumanda Gakelebone (Gana Bushman, First People of the Kalahari, Botswana), Sankar Pani (Environmental lawyer, India), Dr Jerome Lewis (Co-director, Extreme Citizen Science Research Group, University College London)
- The intergovernmental conference on the illegal wildlife trade will be held in Kasane, Botswana, on March 25, 2015;
- Survival recently launched its Parks Need Peoples campaign to challenge a model of conservation that has led to the persecution of tribal people, based on these 5 principles;
- “Pygmy” is an umbrella term commonly used to refer to the hunter-gatherer peoples of the Congo Basin and elsewhere in Central Africa. The word is considered pejorative and avoided by some tribespeople, but used by others as a convenient and easily recognized way of describing themselves. Read more.