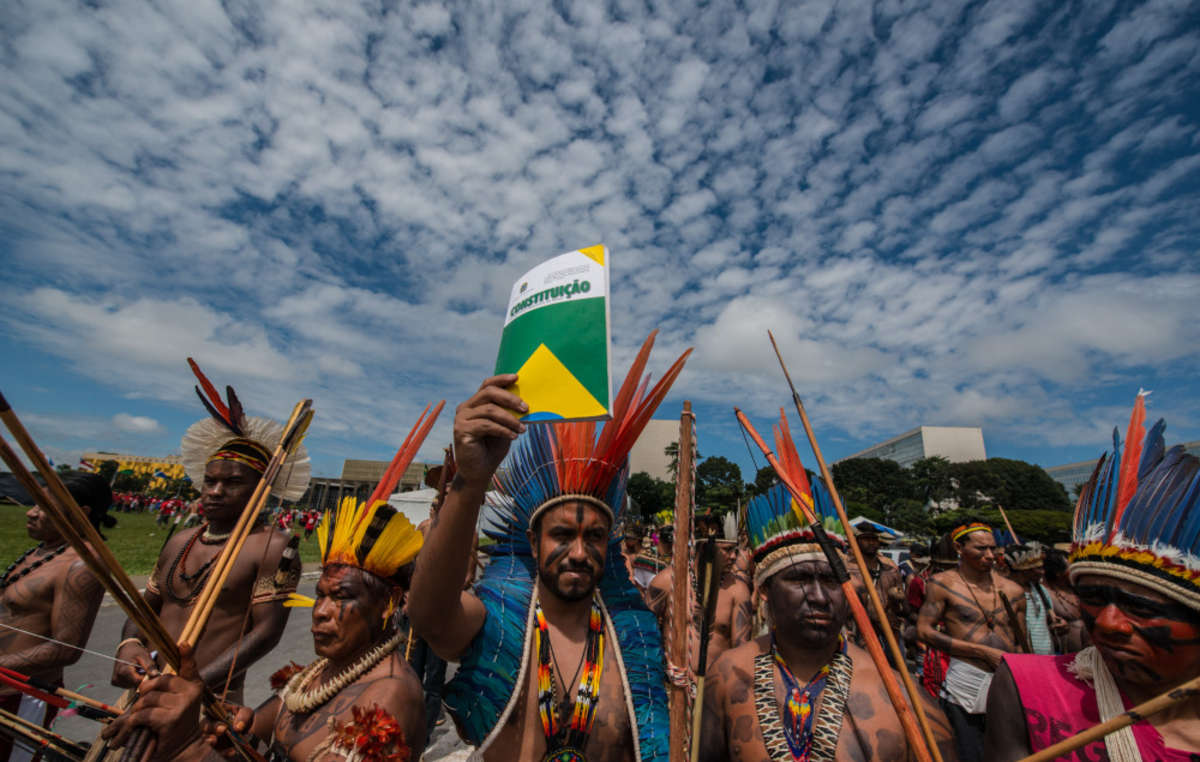 Ahead of Brazil’s “Day of the Indian” on April 19, 1,500 Indians from 200 tribes are protesting all week in the nation’s capital against an assault on their rights by Brazil’s Congress.

The Indians are incensed by a proposal to amend the constitution to give Congress the power to decide on the demarcation (or mapping out) of Indigenous territories. This is currently the responsibility of FUNAI, the government’s Indigenous affairs department.

If approved, the proposal is likely to cause huge delays in the recognition of Indigenous lands; many Indian territories will probably be reduced in size; and violent clashes over land are almost certain to increase.

Tupã Karaí, a Guarani Indian attending the protest said, “The group of non-Indigenous politicians want to kill all the Indigenous people of Brazil. That’s why we are here.”

A powerful block of anti-Indigenous politicians with links to Brazil’s huge agri-business, mining and hydro-electrics sectors is behind this latest attack on Indigenous rights, while the Ministry of Justice and FUNAI are opposed to the amendment.

Lindomar Ferreira, a Terena Indian and coordinator of the Network of Indigenous Peoples of Brazil (APIB) warned, “From the moment the legislative body decides on the demarcation of Indigenous lands, we know there will no more demarcations.

“It’s the same as throwing petrol on the fire. The ranchers will get emboldened and we will defend our territory. There will be conflict, violence and death.”

The Indians are camping outside ministry buildings to publicize their protests.

On Tuesday, many Indians held a peaceful vigil at the Supreme Court in protest at its recent anti-Indigenous decisions, which include annulling official orders declaring the limits of three Indigenous territories.