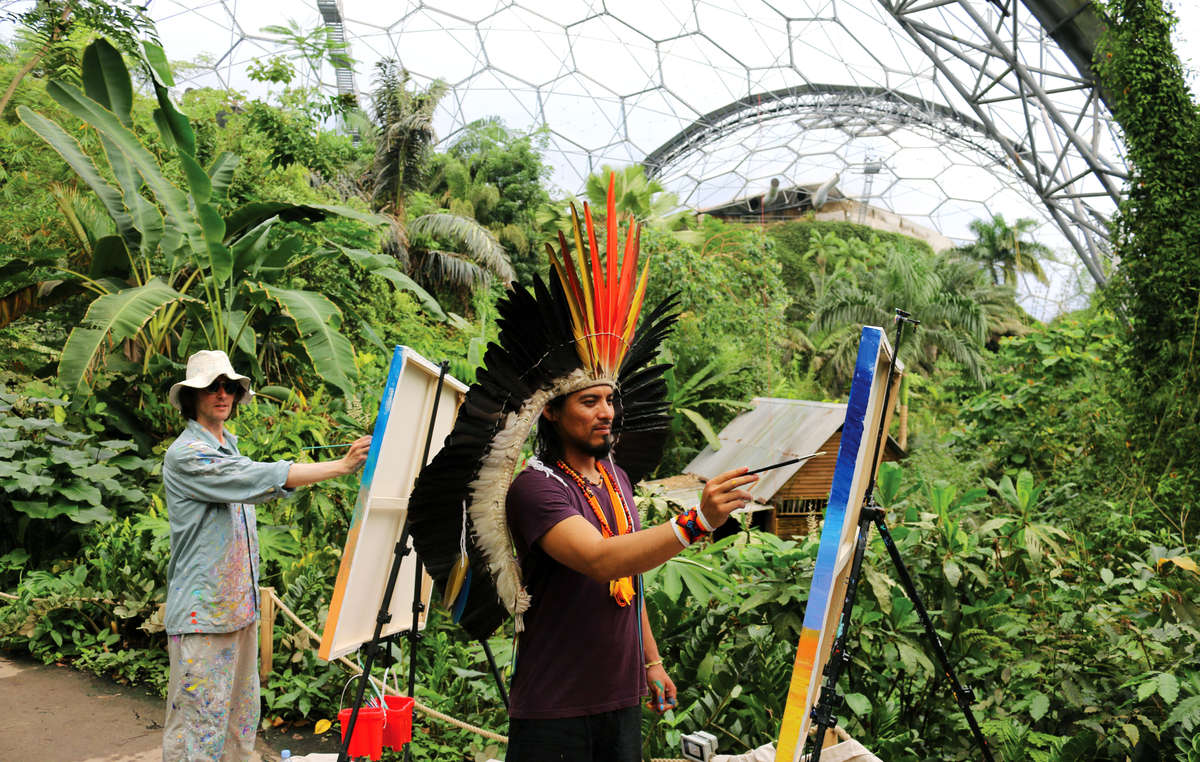 Following a collaboration between the Amazon Indian Nixiwaka Yawanawá and British painter John Dyer to create a series of paintings at the U.K.’s Eden Project, the two artists will invite children around the world to submit their artworks inspired by the rainforest.

Nixiwaka Yawanawá and John Dyer are currently creating a series of paintings collectively called "Spirit of the Rainforest" to emphasize the need to protect the rainforest and tribal peoples that live in them for future generations. Their residency at Eden’s Rainforest Biome – the largest captive rainforest in the world – will end on May 15, 2015.

From June 1, children will be encouraged to submit their own works inspired by the rainforest to the Eden Project online. The best pieces will be displayed among the plants in the Rainforest Biome in an exhibition at Eden from October 17, 2015.

Watch a video of Nixiwaka Yawanawá and John Dyer talking about the “Spirit of the Rainforest” project:


Spirit of the Rainforest from The John Dyer Gallery on Vimeo.

Amazon Indian Nixiwaka Yawanawá has been working with Survival International, the global movement for tribal peoples’ rights, to raise awareness of the threats to tribal peoples and their lands, and to spread the message that tribal peoples are the best conservationists and guardians of the natural world.

Nixiwaka said, “When we see harm come to the rainforest, it is as if a part of our own body has been hurt. It feels like an illness that rises up in us and needs to be cured.”

British artist John Dyer said, “The rainforest is a vital part of our lives and our future. We don’t all realise this yet but the tribal people of the Amazon know it. By engaging children with the rainforest through art I hope it will build a lifelong concern and connection to the environment.”

- Nixiwaka Yawanawá and John Dyer will give a media preview of their work on May 14 from 6-7pm at Eden’s Rainforest Biome. Contact Ben Foster (Media Relations Manager) at [email protected] or 44(0)1726 818766/44(0)7813 950368 for further information
- Read more about how to submit artworks to the “Spirit of the Rainforest”: www.edenproject.com/spirit-of-the-rainforest