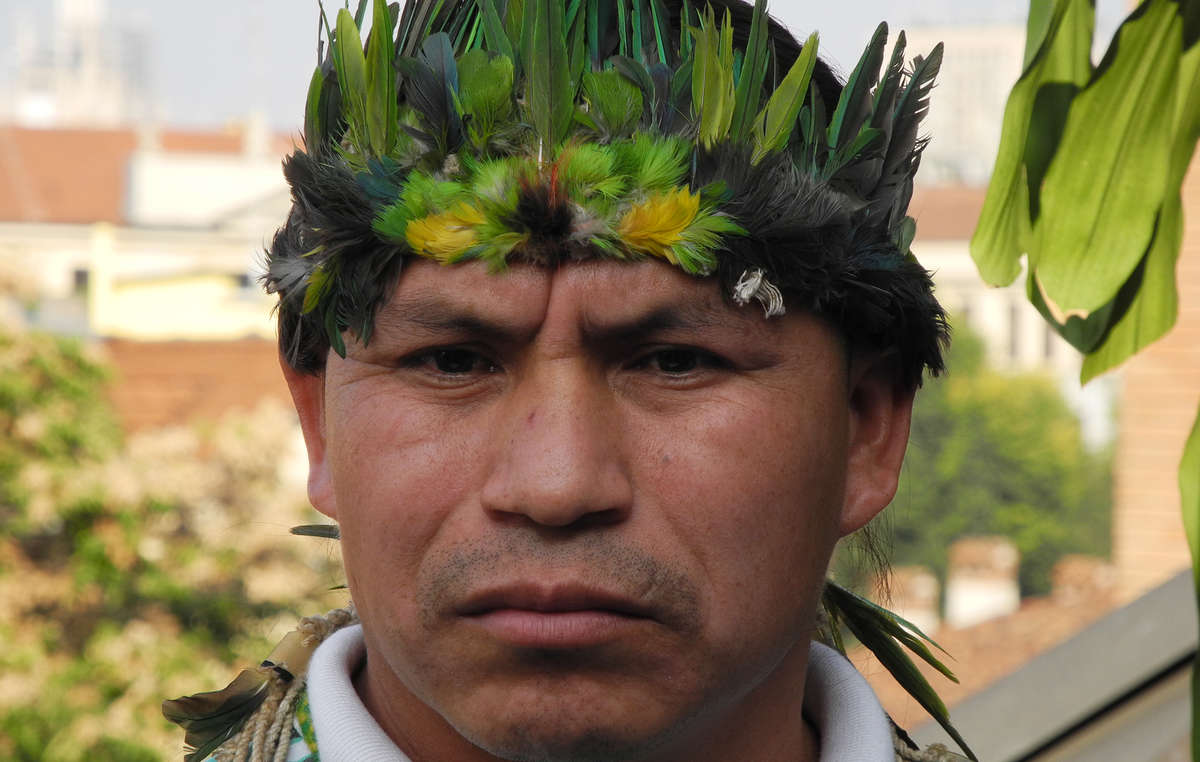 A Guarani representative told the Pope his people are dying as they struggle for their land rights. © Survival International

Pope Francis has asked forgiveness from the Indigenous peoples of Latin America for the many crimes committed by the Catholic church during the “so-called conquest.”

In an historic speech to the “World Meeting of the Popular Movements” in Santa Cruz, Bolivia, which was attended by many Indigenous people, he said:

“I want to tell you, and I want to be very clear: I humbly ask your forgiveness, not only for the offenses committed by the Church herself, but also for the crimes committed against the native peoples during the so-called conquest of America.”

The conquest and the theft of their land led to the genocide of millions of Indigenous people who were killed by invaders or died of introduced diseases to which they had no resistance.

He acknowledged the depth of suffering by Indigenous peoples: “I say this to you with regret: Many grave sins were committed against the native people of America in the name of God.”

He also spoke of his “deep affection and appreciation” for the Latin American Indigenous movement’s “quest for a multiculturalism which combines the defense of the rights of the native peoples with respect for the territorial integrity of states … [which] is for all of us a source of enrichment and encouragement.”

Guarani spokesman Eliseu Lopes met the Pope during his visit and said: “He listened to me, something which the president and those who govern Brazil have never done and refuse to do, even though they know our situation … I told him that we are living through a war, that we are dying and that we are being massacred by armed gunmen and by the politicians involved in agri-business, that a real genocide is happening to us. I asked for a future for our young and old people.”

The Pope spent a week visiting Ecuador, Bolivia and Paraguay, where Indigenous peoples are battling to protect their lands and natural resources against governments and corporations intent on imposing large-scale development projects on them.