Jakarewyj, one of the most recently contacted Indians, fell critically ill shortly after first contact in December 2014, despite medical teams nearby. © Survival International 2015

In an open letter, Indian organizations from Brazil, Peru and Paraguay dispute the anthropologists’ claim, made in a Science editorial, that uncontacted tribes are “unviable”, and warn that “this dangerous myth plays into the hands of those who wish to invade and exploit tribal peoples’ ancestral homelands.”

Instead, the Indian organizations stress that the real threats to uncontacted tribes’ futures are genocidal violence, the invasion of their lands and theft of natural resources, and prevailing racist attitudes.

Among the signatories is the Aché organization FENAP in Paraguay. In the editorial, Kim Hill and Robert Walker refer to a “success story” of contact with several dozen Northern Aché, but don’t mention the fact that 38% of the total population had already died as a result of first contact. The Aché are now suing Paraguay over this historic genocide. 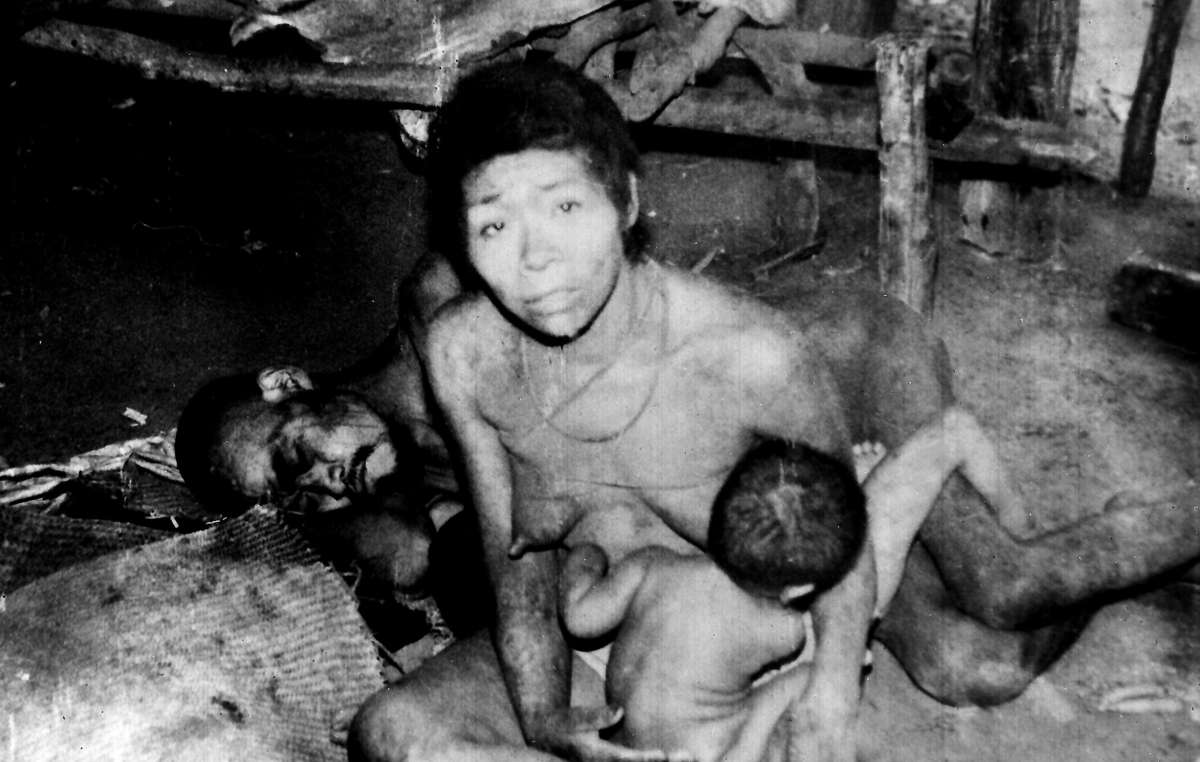 Aché shortly after first contact in 1971. The Aché in Paraguay are taking the government to court over the historic genocide they suffered after first contact. Kim Hill refers to one of the contact missions as a ‘success story.’ © A. Kohmann/Survival

With the letter, the Indigenous organizations join Survival International, the global movement for tribal peoples’ rights, in its rejection of Hill and Walker’s proposal – as well as numerous other Amazon Indians who have spoken out against forced contact.

In July 2015, Amazon Indian organizations AIDESEP and FENAMAD released a statement saying, "We reject any call or act that seeks to impose a way of life that is rejected by our brothers in isolation and initial contact.”

Davi Kopenawa, Yanomami shaman and President of the Hutukara Yanomami Association, said, “The place where the uncontacted Indians live, fish, hunt and plant must be protected. The whole world must know that they are there in their forest and that the authorities must respect their right to live there.” The Yanomami are calling on the government to evict the illegal gold miners who are putting the uncontacted Yanomami’s lives at risk in their forest home.

Uncontacted tribes are the most vulnerable societies on the planet. All face catastrophe unless their land is protected. In the letter, the organizations call on Robert Walker and Kim Hill to “support tribal peoples’ rights to remain on their lands without the intrusion of outsiders.”