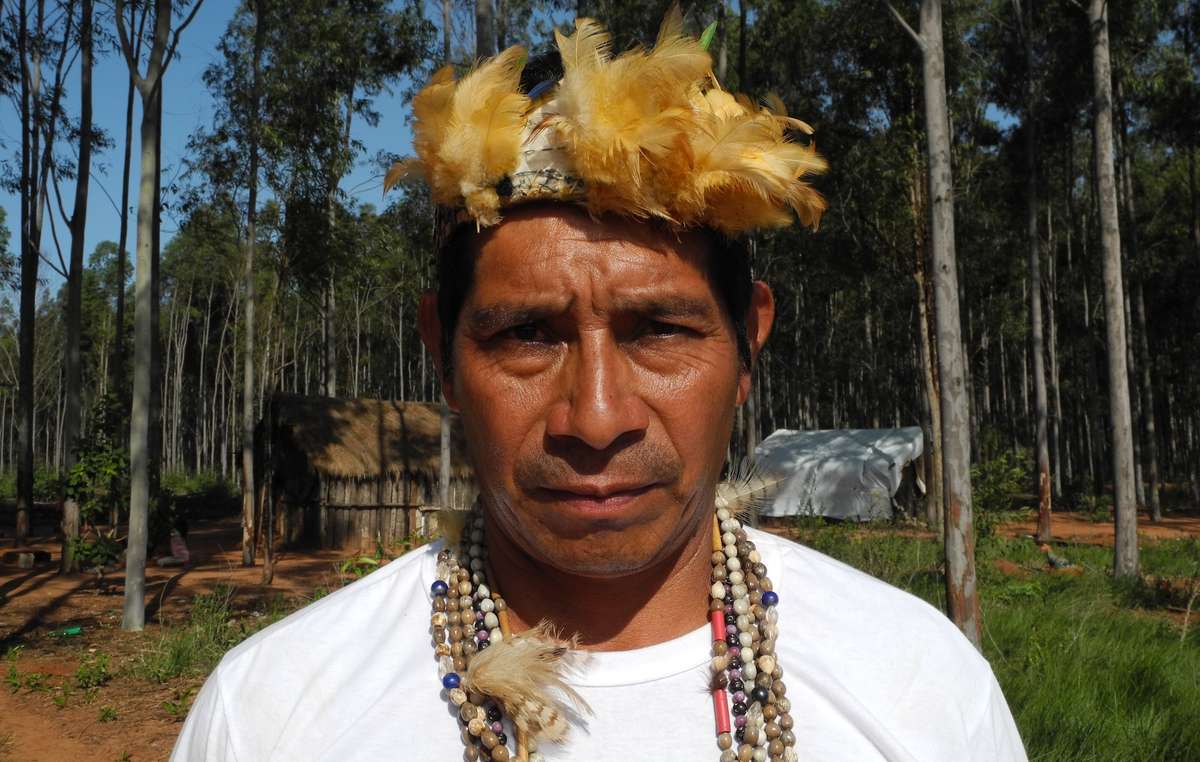 The community of Guarani leader Lide has been brutally attacked by ranchers’ gunmen. © Survival International, 2015

Members of one of Brazil’s most persecuted tribes have been kidnapped by the ranchers who occupy their land, who have also attacked their community and forced women and children to flee.

The Guarani Indians of Pyelito Kuê community reoccupied a fraction of their ancestral land two days ago, and have been under attack ever since. One Guarani woman was reportedly raped and beaten up, and is now in hospital.

Earlier today gunmen employed by the ranchers attacked the Indians again. Reports indicate several were injured, with many fleeing in panic into a small patch of forest. Around 30 Indians were forced into the back of a truck and driven away. They were eventually dumped by a roadside.

Communications equipment from Survival’s Tribal Voice project, which the Indians had been using to speak to the outside world, was destroyed by the gunmen.

Watch Marcio Guarani from Pyelito Kuê call on Brazil’s government to map out their land (via Tribal Voice in July 2015):

The Indians have endured years of living in overcrowded reserves, on a tiny plot of land trapped between a river and a sea of soya, and in the middle of a eucalyptus plantation. All their lands have been taken over by ranchers, whose gunmen regularly attack the Indians.

Community leader, Marcio, told Survival International, the global movement for tribal peoples’ rights, today: "It’s terrible here. The gunmen attacked us in the middle of the night. They burned all our belongings. They shot at us. Some of my relatives were injured and many people fled. I don’t know where or how they are now. We’ll do everything it takes to get our land back. We will not give up.”

The Pyelito Kuê community filmed gunmen driving past their village and firing shots at them in April 2014. © Aty Guasu/Survival

This is the latest in a series of violent attacks by ranchers against Brazil’s Guarani tribe. According to Brazil’s constitution, all the tribe’s land should have been returned to it by 1993, but 22 years on, many remain landless and destitute.