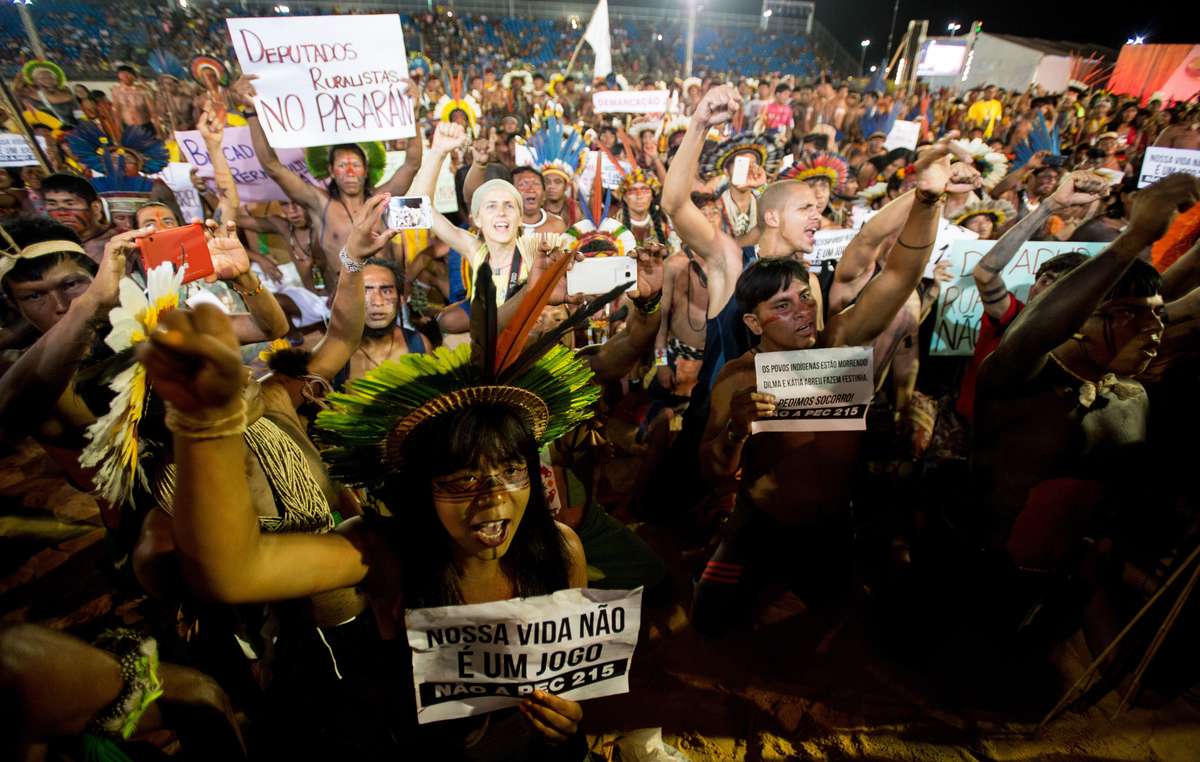 Hundreds of Brazilian Indians staged a protest this week at the first World Indigenous Games, hosted in the Brazilian Amazon.

The protestors called for a halt to plans to weaken Indigenous land rights, which they warned would spell disaster for tribes nationwide.

Brazil’s powerful agri-business lobby is pushing forward a series of proposals which could open up Indigenous lands to industrial projects, and prevent the recognition of new territories. Indigenous people depend on their land for their survival.

One of the proposals, known as PEC 215, was given the green light by a parliamentary commission this week and is now one step closer to being approved.

Survival supporters worldwide are lobbying for an end to these controversial plans.

For the Guarani tribe, they are particularly dangerous as almost all the tribe’s land has been stolen to make way for ranches and plantations, leaving the Guarani in overcrowded reserves and roadside camps with one of the highest suicide rates in the world.

During the protest, Narube Werreria, a Karaja Indian woman, said, “While we are here at the games, they are there in Congress plotting to steal our lands. Soon, there will be no more Indigenous peoples, no more forest, no more animals.”

About 2,000 Indigenous people from over 20 countries are participating in the Games. Competitors include a Sakha woman from Siberia, Maori from New Zealand, Kembata from Ethiopia and several tribes from North and South America. 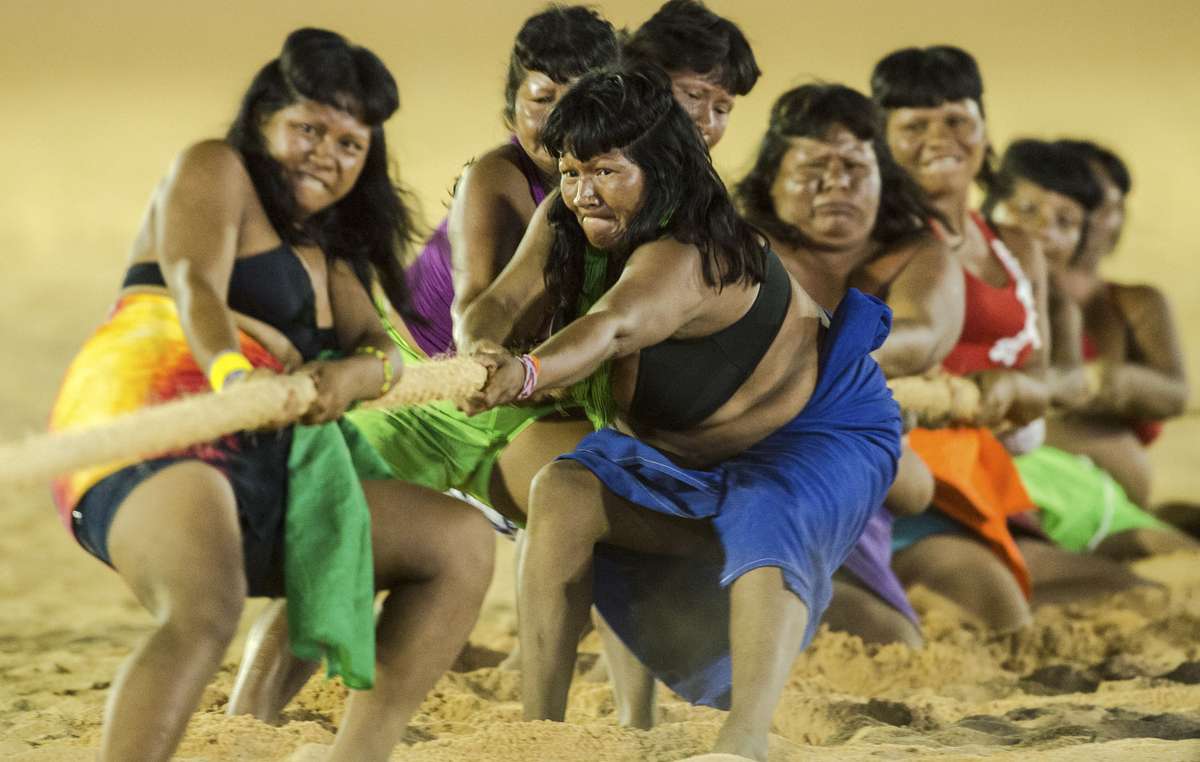 Carlos Terena of the Inter-Tribal Committee, one of the organizers of the Games, said they aim to strengthen the culture of Indigenous peoples around the world.

For many participants the Games are an opportunity to showcase their prowess in archery, tug of war, spear throwing, canoeing, Indigenous football, wrestling and the “corrida de tora” where athletes run with 120-kilo logs on their backs.

But the Kraho and Apinaje tribes in Brazil boycotted the Games, saying “We cannot accept and participate in a sensationalised media event which aims to use the image of Indigenous peoples to distort the facts and lie abroad; hiding the true reality and suffering of the Indigenous peoples of Brazil.”

Others objected to the huge sum of money – almost US $41 million – being spent. Antonio Apinaje said this money “could have been invested in health, the demarcation of Indigenous lands and the protection of territories, many of which are invaded.”