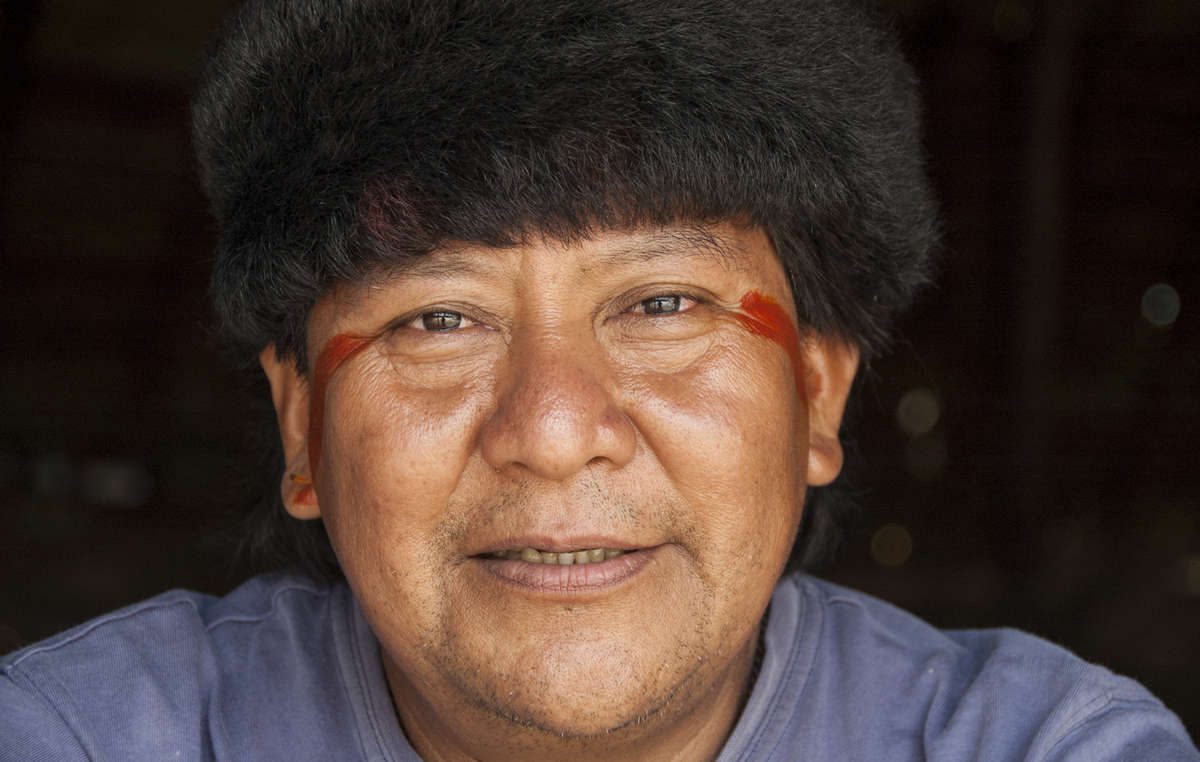 Davi Kopenawa, a Yanomami shaman and spokesman from Brazil’s Amazon rainforest, has been awarded Brazil’s Order of Cultural Merit, one of the country’s top honours.

President Dilma Rousseff congratulated Davi during the award ceremony for his contribution to Brazilian culture.

Davi said, “I have fought for the Yanomami’s right to our forest and our culture. I am happy and proud of myself, and of the non-Indians who recognize my work and our struggle.”

Davi, who has been called the “Dalai Lama of the Rainforest”, has been at the forefront of his tribe’s quest to protect their forest home since it was invaded by thousands of illegal gold miners in the 1980s. He ran the long-running campaign to protect his people’s territory, together with Survival International and Brazil’s Pro-Yanomami Commission. The pressure led to the creation of the largest forested Indigenous territory in the world.

Davi is President of Hutukara, the Yanomami Association which he founded in 2004, and he continues to fight for the protection of his tribe’s forest. He faces death threats by armed thugs hired by illegal gold miners.

In 2013, Davi released his book, ‘The Falling Sky’, to great acclaim. This remarkable account of Davi’s life story and his views on the Amazon rainforest, the destruction of nature, consumerism and much more, was written with Davi’s friend, anthropologist Bruce Albert, and published by Harvard University Press.

The Order of Cultural Merit was also presented to Indigenous leaders Ailton Krenak and Sonia Guajajara. 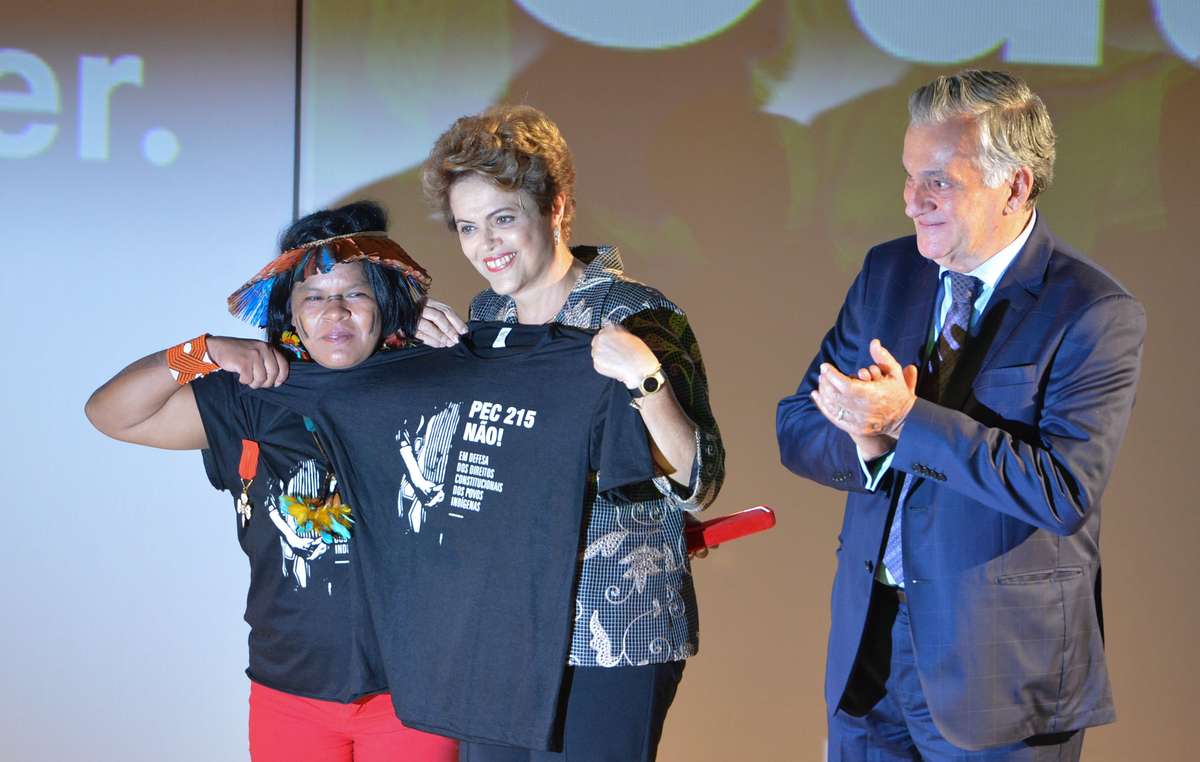 Sonia Guajajara was also awarded the honour. On stage with President Rousseff, she protested against a proposal which would spell disaster for tribes nationwide. © Agência Brasil

Sonia, coordinator of the Association of Indigenous Peoples of Brazil (APIB), protested on stage at the ceremony against a proposed change to the constitution which would spell disaster for tribes nationwide. She has led numerous marches and petitions against the proposal. If given the green light, she says it will mean “no more mapping out and protecting of Indigenous land in Brazil… But the Indigenous movement is growing stronger and we will continue to fight for our rights!”

Survival and its supporters are campaigning against the proposal, known as “PEC 215”, which one Guarani leader described as “a bomb waiting to explode, and if it explodes, it will put an end to our very existence.”