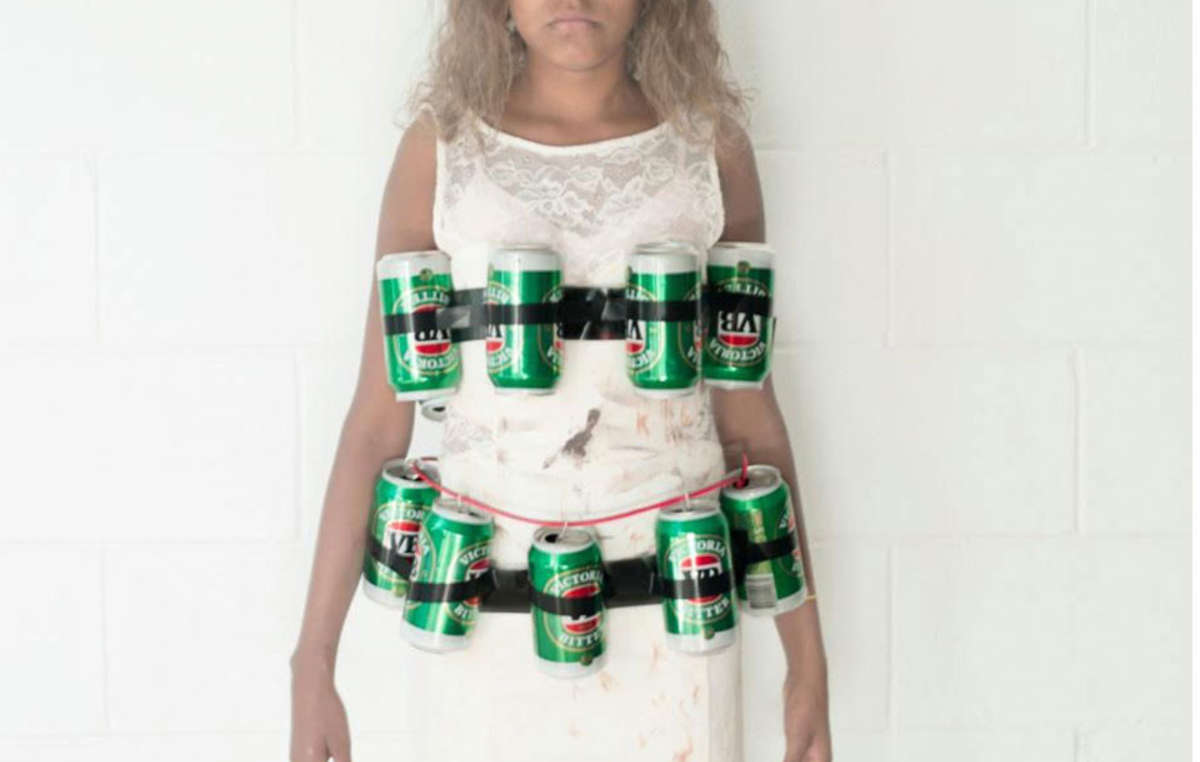 Remarkable photographs by Australian Aboriginal film-maker Warwick Thornton demonstrate the devastating impact “progress” and “development” have had on the health of tribal peoples. They illustrate findings in Survival’s recently published “Progress can kill” report, which revealed horrifying statistics on Indigenous health.

Thornton used images of his relatives posing with cans of coke, beer and fast food packaging strapped to them like bombs to stress the terrible diets forced on Indigenous people in Australia and in other countries. Poverty and social marginalization have left many dependent on cheap junk food, or turning to alcohol and drugs to escape their troubles.

Warwick Thornton said: “We’re all dying from bad food. That shit is killing us. The ticking time bomb is bad diet. The healthiest way to live is on land, on community, on country, eating bush tucker and not the crap from town.”

Aboriginal people are seven times more likely to die of diabetes than other Australians, and have an infant mortality rate twice as high as in wider Australian society. The situation is similar in Canada and in parts of the US.

The International Diabetes Institution has said that without “urgent action” there is: “A real risk of a major wipe-out of Indigenous communities."

Terrible living conditions are not inevitable for tribal peoples. They are the result of the theft of their land and a conscious policy; the imposition of different lifestyles in the name of “progress.” Where tribal peoples’ land rights are recognized and protected, they are able not only to survive, but to flourish.

Tribal peoples have developed ways of life that are largely self-sufficient and extraordinarily diverse. Nevertheless they are portrayed as backward and primitive simply because their communal ways are different.

Survival International, the global movement for tribal peoples’ rights, is calling on the United Nations to recognize and speak out against the disastrous impact that development projects can have on tribal peoples. Real “progress” for tribal peoples starts with the recognition of their land rights and extends to their right to choose and control their own development.

Survival director Stephen Corry said: “These photos really focus attention on the shocking conditions tribal peoples around the world are forced to live in. Policy after policy supposedly seeking their “progress” end up stealing their chance of a healthy, fulfilled existence. When tribal peoples are allowed to determine their own futures, and when their land is respected, they invariably fare far better than those who have suffered the heavy-handed and ignorant intervention of outsiders.”