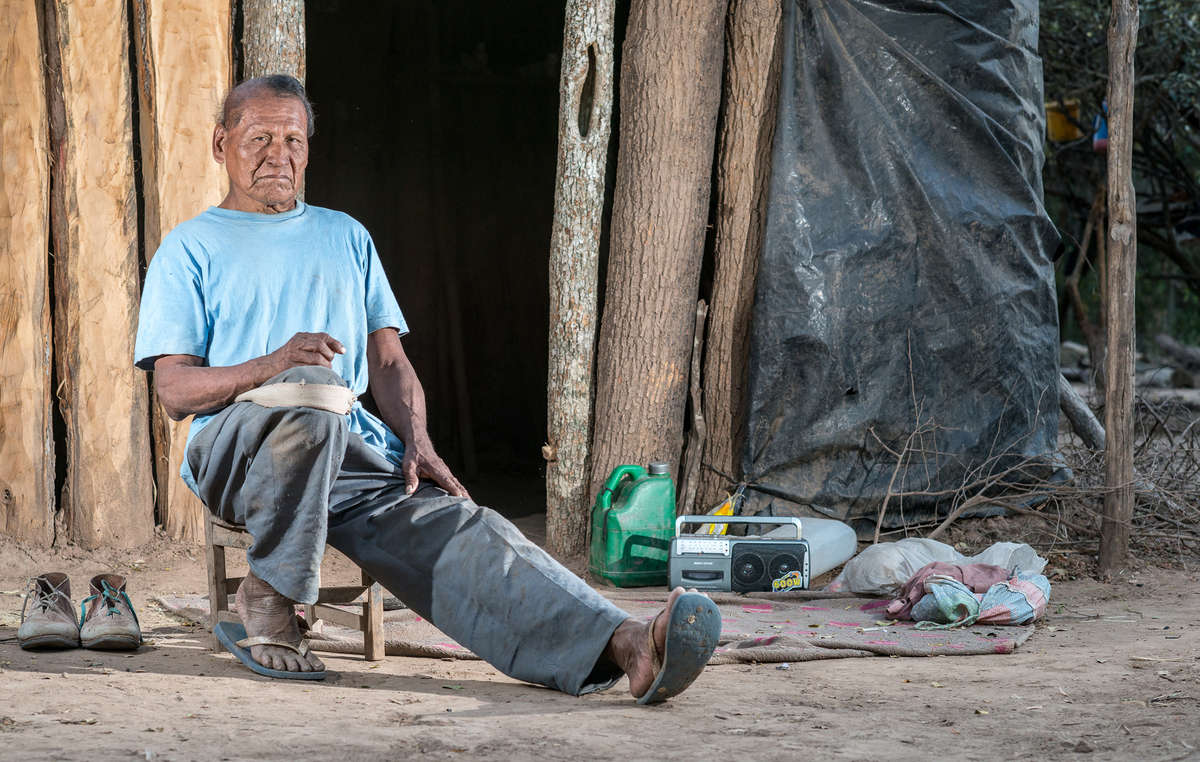 Eroi was forced out of his forest in 1986. He was a shaman, but he stopped because the missionaries told him that shamanism was the work of the devil. © Gerald Henzinger/Survival

A new report has revealed that 14 million trees were cut down in just one month in the Paraguayan Chaco.

The Chaco is home to Paraguay’s most vulnerable tribe, the Ayoreo, and is the largest South American forest outside the Amazon. Scientists have called it one of the most biodiverse places on earth.

The report by Guyra, a Paraguayan environmental organization, shows that 28,000 hectares were cut down in October. The Chaco is currently facing the fastest rate of deforestation in the world.*

Part of this land belongs to the Ayoreo, who have been forced out of their forest home by cattle ranchers. Cattle firms Yaguareté Porã SA and Spanish-owned Carlos Casado SA have already destroyed large swathes of the Indians’ ancestral forest.

Some members of the tribe remain uncontacted. They spend their lives on the run, fleeing the bulldozers that encroach on their ever shrinking island of forest.

Following first contact, many Ayoreo have died from diseases such as colds and flu, which they previously had no immunity against. Healthcare remains wholly inadequate. Many are now dying from a TB-like illness, and are not receiving the help that they need.

Survival is calling on Paraguay to stop the rampant destruction of Ayoreo land and to return it to its rightful owners.