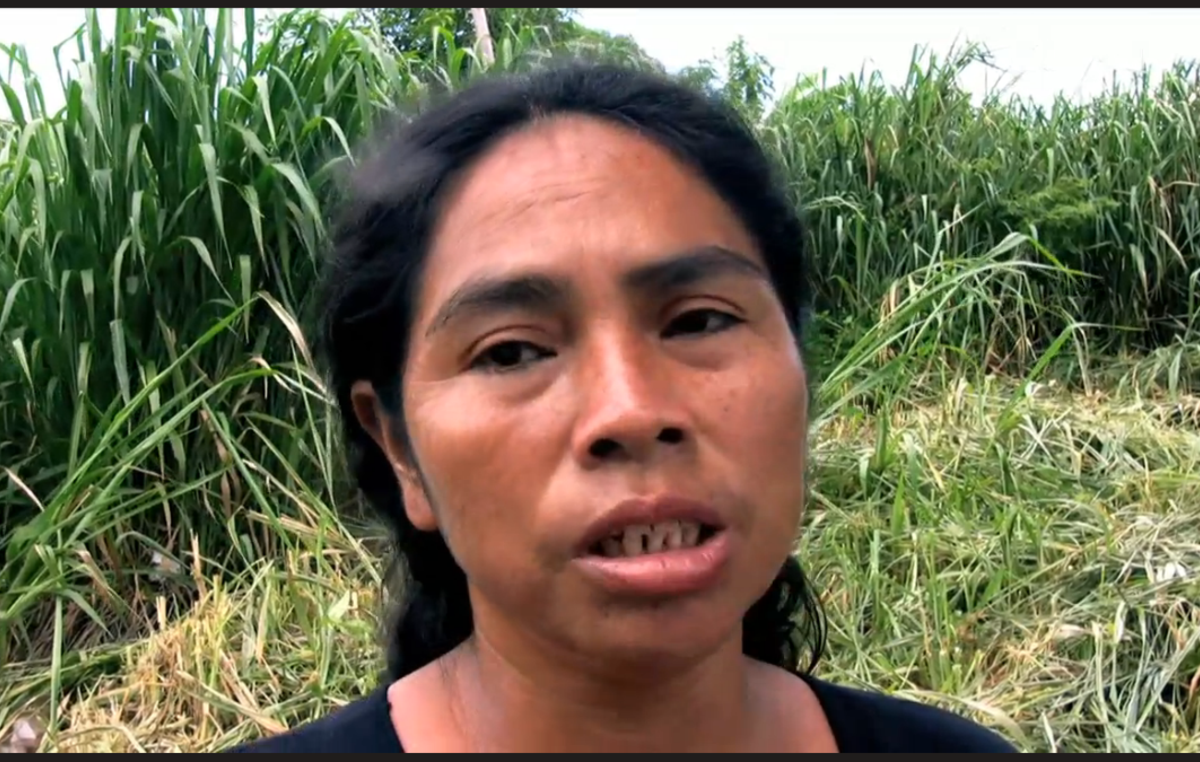 Leia Aquino, speaking to Survival a few years before her death in 2016 © Survival

Survival is sad to announce the sudden death of Leia Aquino, Guarani Kaiowá activist, spokesperson and teacher. She died of a brain hemorrhage in hospital on June 3rd.

Determined and thoughtful, Leia was at the forefront of the Guarani Kaiowá’s struggle for land rights and witnessed some of the bitterest conflicts between her community and the ranchers occupying their land, known as Nanderu Marangatu, where several Guarani leaders have been killed by ranchers.

Watch: Leia talking about the gunmen who constantly threaten the Guarani.

Although Nanderu Marangatu was formally recognized as a Guarani territory in 2005, farmers continue to occupy most of the land. The Guarani are only able to live on a fraction of what is rightfully theirs.

Before they carried out the occupations, the Guarani were living on a tiny patch of land where malnutrition was rife amongst young children. 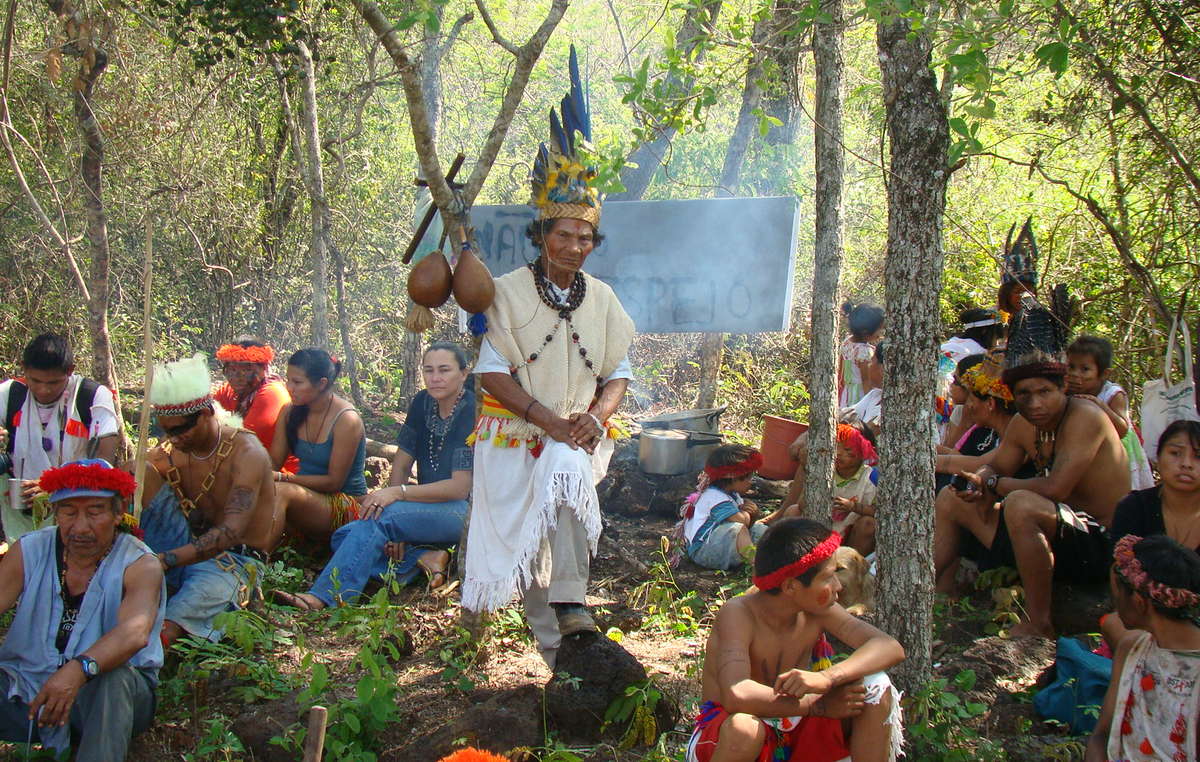 Guarani from Leia’s community gather for a protest ritual on their ancestral land. © Egon Dionisio Heck/Survival

Survival invited Leia and another Guarani leader, Marcos Veron to Europe in 2000 for the launch of the book “Disinherited,” about the Indians of Brazil.

During the trip Leia moved many audiences including school children when she talked about the Guarani’s desperate situation: “When I think about my people, I think about freedom, because we are imprisoned. We are not a free people, and this is because we have no land.

“When we have land, we have freedom, and more than that we have happiness. Looking at the faces of the people, you can see only sadness and worry, because they haven’t got what they need to live. We want to plant, but we have no land to plant, but this land is ours, it belongs to us.”

Likewise, she was moved by young peoples’ interest and told a group of Italian school children: “Our situation is very difficult but we know that you love us and want to hear about our situation. This was a great surprise to me when they told there was a school that wanted to help change the lives of the Guarani Kaiowá.”

Leia was also a highly regarded teacher of Guarani school children of Nanderu Marangatu. She attached great importance to teaching in the Guarani language in order to encourage younger Guarani to take pride in their people’s culture.

The small school was closed by the authorities in 1999 in retaliation for Leia’s participation in peaceful land rights protests. However, she successfully lobbied for it to be reopened and it subsequently grew in size.

Leia was buried in one of the areas of Nanderu Marangatu which the Guarani reoccupied last year. She leaves her husband – a community health worker – and three children. Leia will be missed by many, but her legacy will live on.