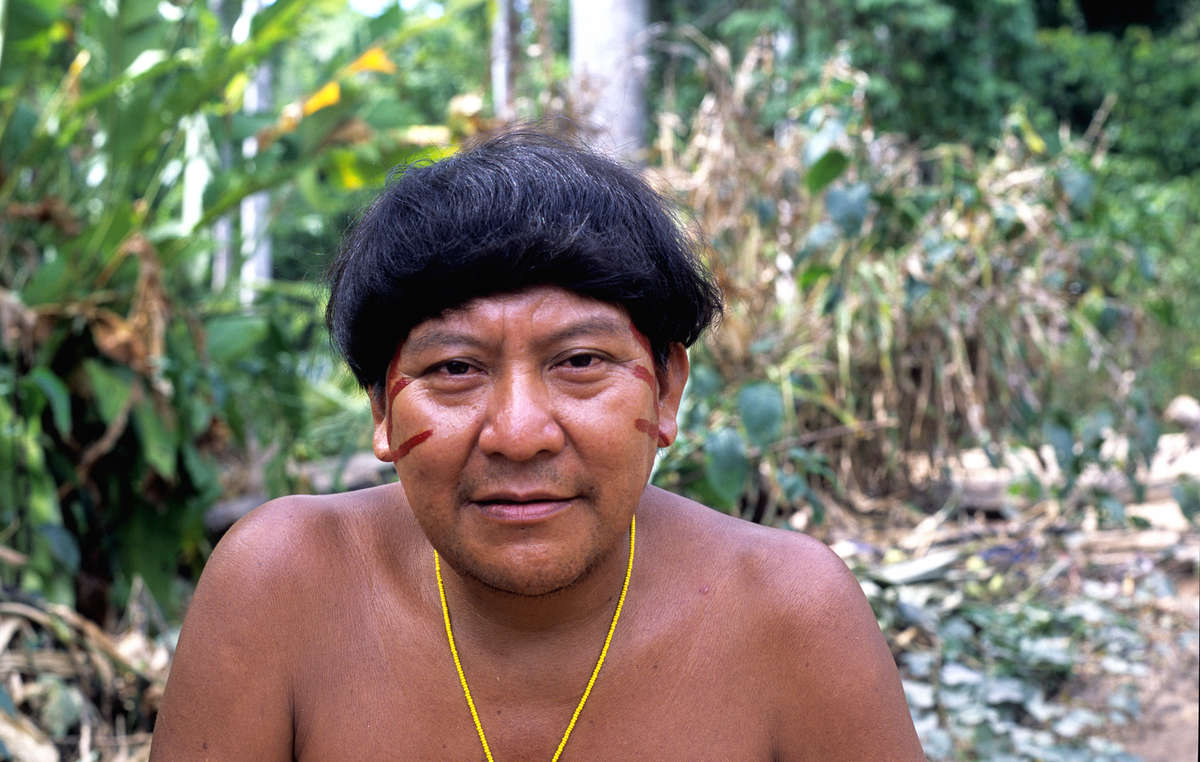 Three of Brazil’s most prominent Indian leaders have denounced their government’s concerted attack on indigenous rights as “genocidal.”

Davi Kopenawa Yanomami, a shaman and leader from the Yanomami people of the northern Amazon, Raoni Metuktire, leader of the Kayapó people, and Sonia Bone Guajajara, a Guajajara leader and activist, have released an open letter.

In the letter they say: “A genocide is unfolding in our country, Brazil…

“Our government is destroying us indigenous peoples, our country’s first people. In the name of profit and power, our land is being stolen, our forests burned, our rivers polluted and our communities devastated. Our uncontacted relatives, who live deep in the forest, are being attacked and killed.

“But we won’t be silenced. We do not want the riches of our land to be stolen and sold. For as long as we can remember, we have looked after our lands. We protect our forest, as it gives us life.

“We indigenous brothers and sisters of more than 200 different tribes are coming together in protest. From the heart of the Amazon rainforest, we are crying out to you. At this time of emergency, we need you. Please tell our government that our land is not for stealing.” 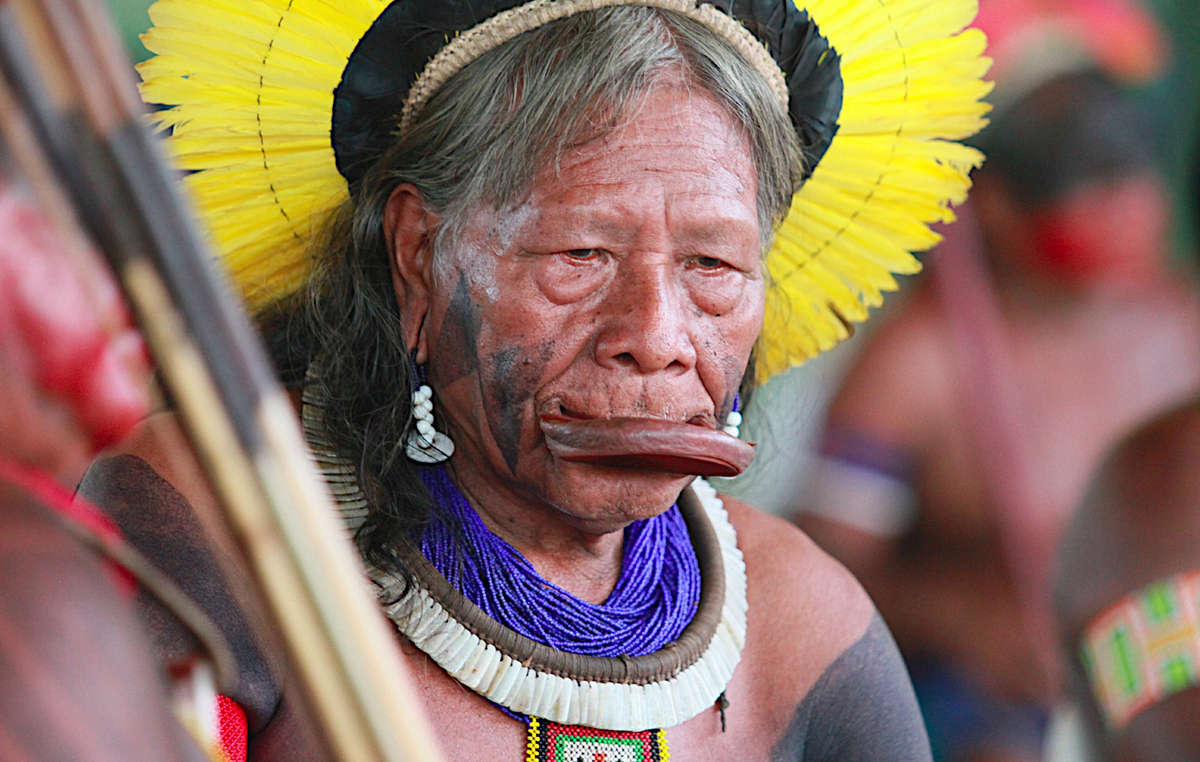 Raoni Metuktire, renowned Kayapó leader and activist, who has campaigned for indigenous rights and against the infamous Belo Monte dam in the Amazon. © Antonio Bonsorte/Amazon Watch

The letter was written in response to growing concerns about the close ties between the Temer government, installed after the impeachment of Dilma Rousseff last year, and the country’s powerful and notoriously anti-indigenous agribusiness lobby.

Campaigners have described the current administration’s attitude towards tribal peoples as “the worst for two generations.” Uncontacted tribes are the most vulnerable peoples on the planet, but where their land rights are respected, they continue to thrive.

FUNAI, the country’s indigenous affairs department, whose agents patrol and protect tribal territories, has had its budget significantly cut. This has left many tribes fatally exposed to violence from outsiders and diseases like flu and measles to which they have no resistance.

There has also been a serious spike in anti-indigenous violence by people trying to steal tribal lands and resources. In August, around 10 uncontacted Indians were reportedly massacred in the Javari Valley. Earlier this year, ranchers attacked a group of Gamela Indians with machetes, horrifically mutilating several of them. 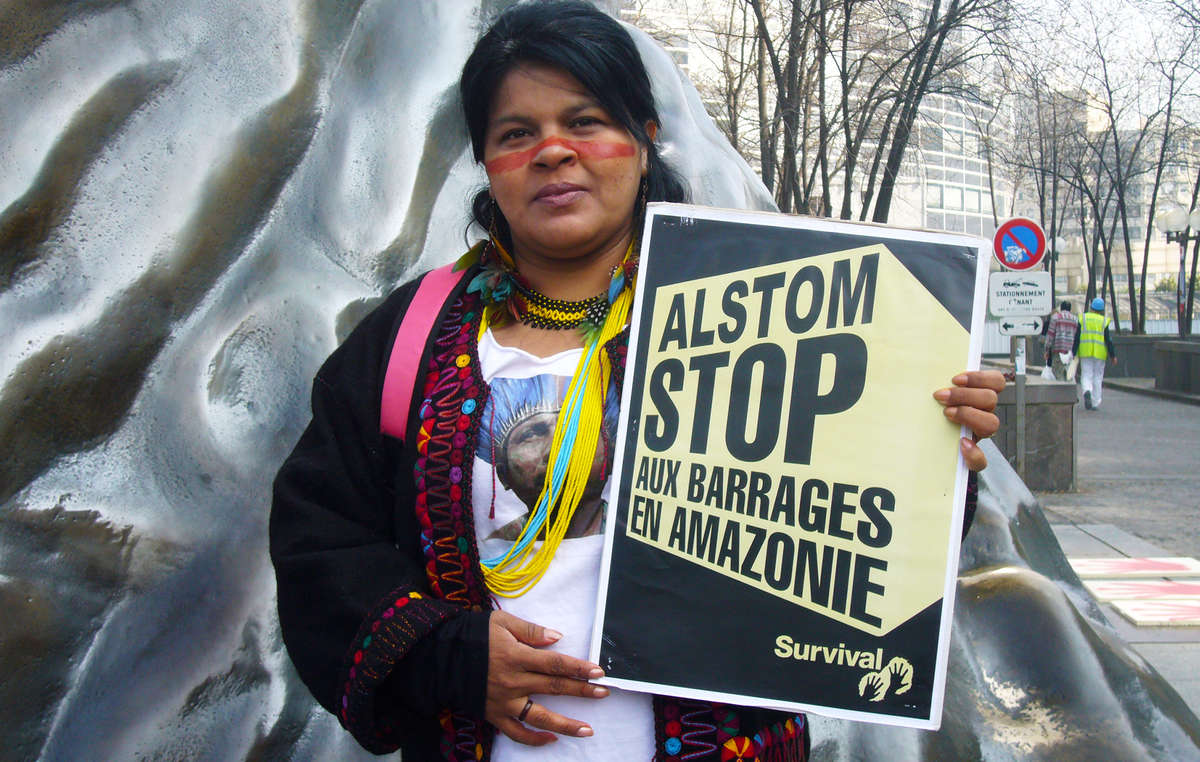 Sonia Guajajara, a prominent indigenous activist, at a protest in Paris in 2014. © Survival International

Survival’s Director Stephen Corry said: “Brazil’s government is determined to undermine indigenous rights throughout the country. It’s deliberately leaving uncontacted tribes’ territories open to invasion in the full knowledge of the deaths and suffering which will inevitably result. What’s happening in Brazil is an urgent and horrific humanitarian crisis, and the international community should throw its weight behind indigenous leaders and others in Brazil calling for an end to the persecution.”