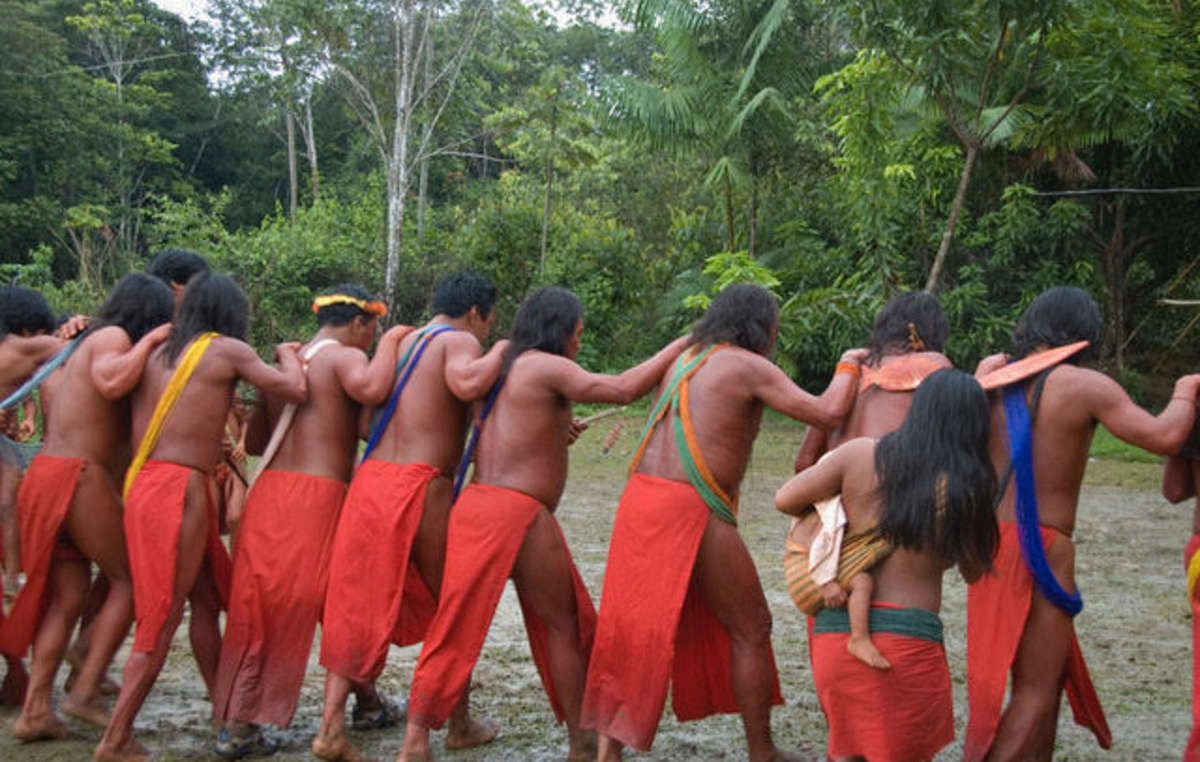 The Waiãpi have organized protests against projects on their land © Survival

The Waiãpi tribe in Brazil have defied a hostile government to defend their land rights.

The tribe has circulated a powerful open letter in which they state: “We’re against mining because we want to defend our land and forest. We believe the land is a person”.

The letter was written in response to the Brazilian government’s attempt to open up the Amazon forest around the tribe’s land to large-scale mining. Following a global outcry by indigenous peoples and campaigners, the government backed down.

However, given the power of Brazil’s notorious agribusiness lobby, the Waiãpi are on the alert. In the letter they vow to defend their territory at all costs against mining interests.

The tribe say mining will not bring benefits to them. They are concerned about conflict and disease brought by an influx of outsiders, and the opening up of their land to destructive economic interests such as hydro-electric dams, ranching and gold mining.

This small Amazon tribe knows the devastating impacts of highways and mining. Sporadic contacts with outsiders hunting wild cats for their pelts and groups of gold prospectors in the latter part of last century introduced fatal diseases like measles to which the isolated Waiãpi had no resistance. Many died as a result.

In 1973 FUNAI, the government’s indigenous affairs department decided to contact the Waiãpi because the country’s military dictatorship wanted to build a highway through their land.

At the time of contact, the Waiãpi numbered a mere 150 individuals and seemed on the brink of extinction. However, they have proved extraordinarily resilient and today number over 1,200 people.

They have set up their own organizations, expelled the gold miners working illegally on their land, and trained their own health agents and teachers who work in the communities.

Some members of the tribe have made innovative films documenting their campaign for land rights. Some toured abroad for international support, and their communities physically mapped out their land, which was finally recognized by the government in 1996. Since then, they have occupied all the regions within the territory to protect it from invasion.

The letter underlines their strong sense of cohesion: “We Wajãpi have a very strong culture, which we continue to value and transmit to our future generations”.

Important events in the natural calendar such as fish spawning and honey gathering are celebrated with ceremonies where all generations join in the dancing, accompanied by flute music and the consumption of caxiri, a drink made from fermented manioc. Like most tribal peoples, their botanical knowledge is immense – they cultivate over 15 types of wild manioc and 5 types of corn.

In 2008 UNESCO recognized the Waiãpi’s graphic art, which they call kusiwa, as the “Intangible Cultural Heritage of Humanity”. It is based on the use of natural paints from plants, like the red anatto paste, which is used to paint intricate designs on the body and to decorate objects like baskets

However national and international pressure is fundamental to support the Waiãpi in their continuing struggle to assert their rights as they face increasing threats to their land, a hostile congress and a government intent on weakening indigenous rights in Brazil.

Their letter ends with a call to all who are concerned about the destruction of the Amazon to support them. Readers can take action by participating in Survival’s campaign here