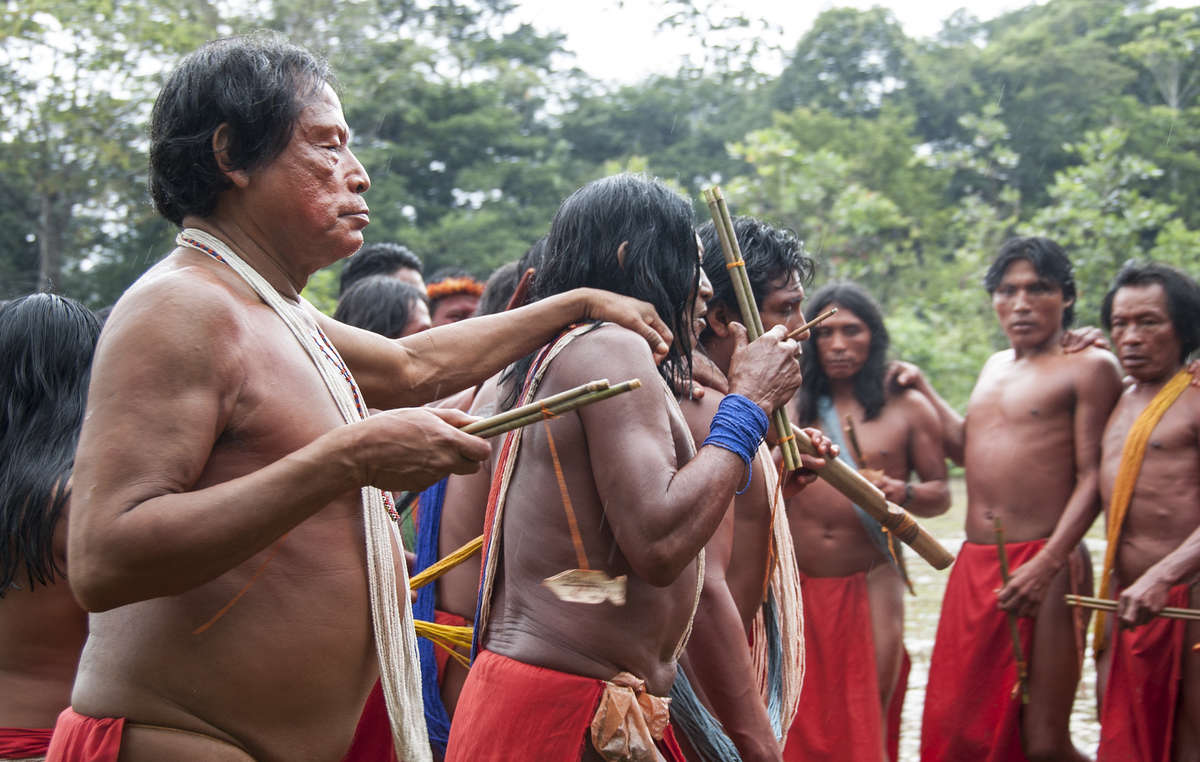 This page was last updated on July 29, 2019 and may contain language which is now outdated.

A leader of the Wajãpi tribe has been murdered in Brazil.

Emyra Wajãpi’s body was found by members of the tribe on 23 July. APINA, the association of Wajãpi villages, has released a statement saying that although no Wajãpi witnessed the killing, they believe Emyra was killed by outsiders the previous day.

On 26 July the Wajãpi of Yvytotõ community – in the region where the murder occurred – reported that heavily armed goldminers had invaded their village. The miners threatened them and forcibly occupied a Wajãpi house.

The entire community fled to a neighbouring village which sent out an SOS on the radio for help from the federal police. A police team arrived in the Wajãpi territory on 28 July.

COIAB, the Coordination of Indigenous Organizations of the Brazilian Amazon, released a statement expressing its outrage about the invasions of Indigenous territories, which it says are “encouraged by the irresponsible, authoritarian and prejudiced stance of the current government – especially President Bolsonaro – and its attack on the rights of this country’s first peoples.”

The Guarani people of central-western Brazil said, “We invite everybody to fight alongside Indigenous peoples against the genocidal attack which is currently underway, and which has been reactivated by the current government.”

Stephen Corry, Director of Survival International, said: “President Bolsonaro’s recent comments on opening up Indigenous territories to mining are emboldening illegal goldminers and other invaders. He has virtually declared war on Brazil’s Indigenous peoples. They, and their allies around the world, will not stop fighting back.”

Survival International is condemning the illegal invasion of the Wajãpi territory by goldminers and calling on the government to evict them and bring them to justice.

The Wajãpi Indians were contacted by outsiders in 1973 when the military dictatorship bulldozed a highway through part of their land. The highway paved the way for multiple invasions by goldminers who caused immense destruction of the forest and spread diseases which killed many Wajãpi.

They campaigned for years for their land rights, mapping out their territory themselves. It was finally officially recognized as Indigenous land in 1996.

Today they number about 1,500 people and depend entirely on the forest and rivers for their livelihood, and like all tribal peoples they have a deep spiritual connection to their land. A Wajãpi man told Survival: “Our life depends on the life of the earth and of the forest.”