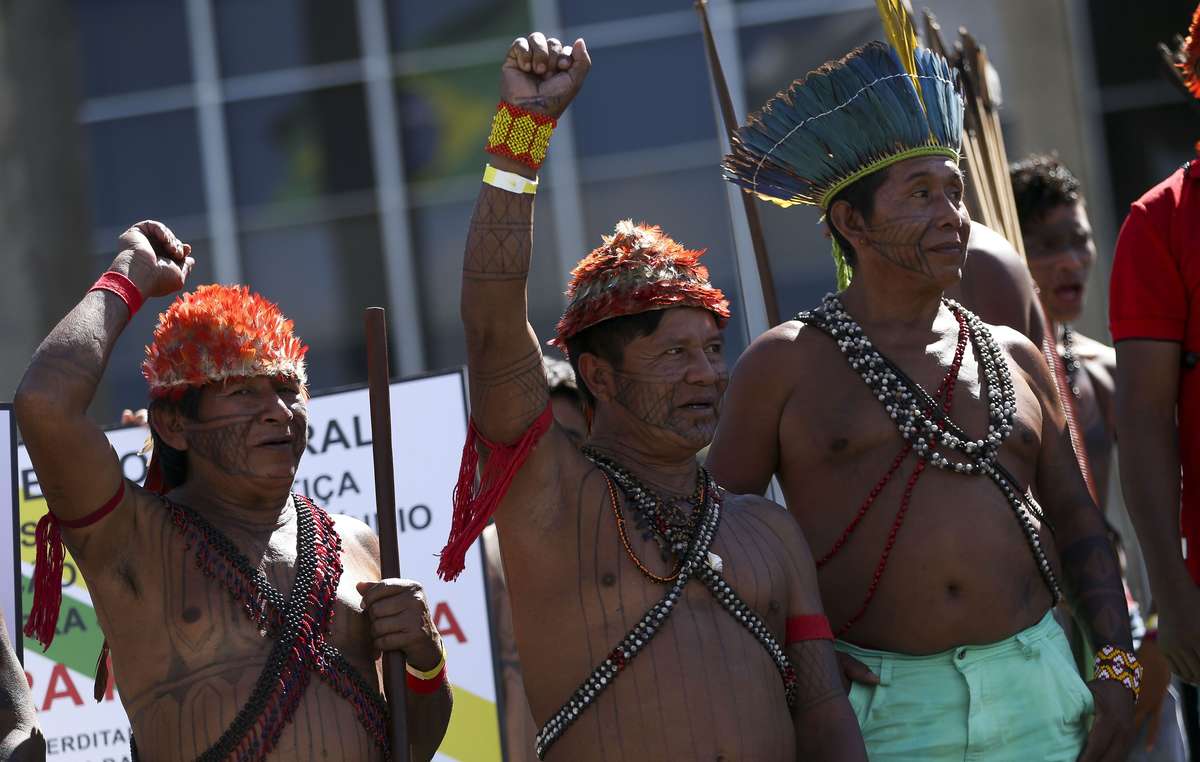 Munduruku people protest in front of the Ministry of Justice in Brazil, 2018 © Marcelo Camargo/Agência Brasil

This page was last updated on December 2, 2019 and may contain language which is now outdated.

Leaders and representatives of the Munduruku tribe have denounced goldminers operating illegally in their territory in the Brazilian Amazon, and vowed they will not stop fighting until their problems are solved.

The area around the Tapajós river is home to many Munduruku communities. It is one of the most heavily invaded Indigenous territories, having been targeted by goldminers for some years.

The tribe is angry and concerned about the increasing social and environmental impacts of the invasion. Brandishing a bottle of cloudy water from the Tapajos, Alessandra Munduruku said this week in the capital Brasília: “This dirty water is bringing death and disease to our people and our fish are full of mercury.”

Last month the Munduruku blocked one of the roads in the region to protest against the mining invasion and released several statements to the pariwat (non-Indigenous people) warning: “You are destroying our sacred sites and disturbing our spirit world. This is bringing diseases and death to our people. We will not accept this destruction anymore…Gold mining is dividing our people, introducing new diseases, and contaminating our people with mercury. Mining brings drugs, alcohol, weapons, and prostitution. And greed.”

Munduruku organizations demand that all goldminers be evicted and have denounced attempts by the current government to legalize mining in Indigenous territories.

President Jair Bolsonaro has frequently expressed his support for goldminers and wants to pass a bill to legalize mining in Indigenous territories, despite widespread opposition from Indigenous peoples.

If the mining bill is approved by Congress, 177 Indigenous territories will be directly affected, including the lands of at least six uncontacted tribes, the most vulnerable people on the planet. The Yanomami territory, which is heavily invaded by ilegal goldminers, will be among the most affected as it is subject to 678 mining requests, more than any other Indigenous territory.

The Munduruku, whose name means the “fire ant people”, are an Amazonian tribe of 14,000 people. They cultivate manioc and other root vegetables, bananas and pineapples in forest gardens, and hunt, fish, and gather a wide variety of fruits and nuts.