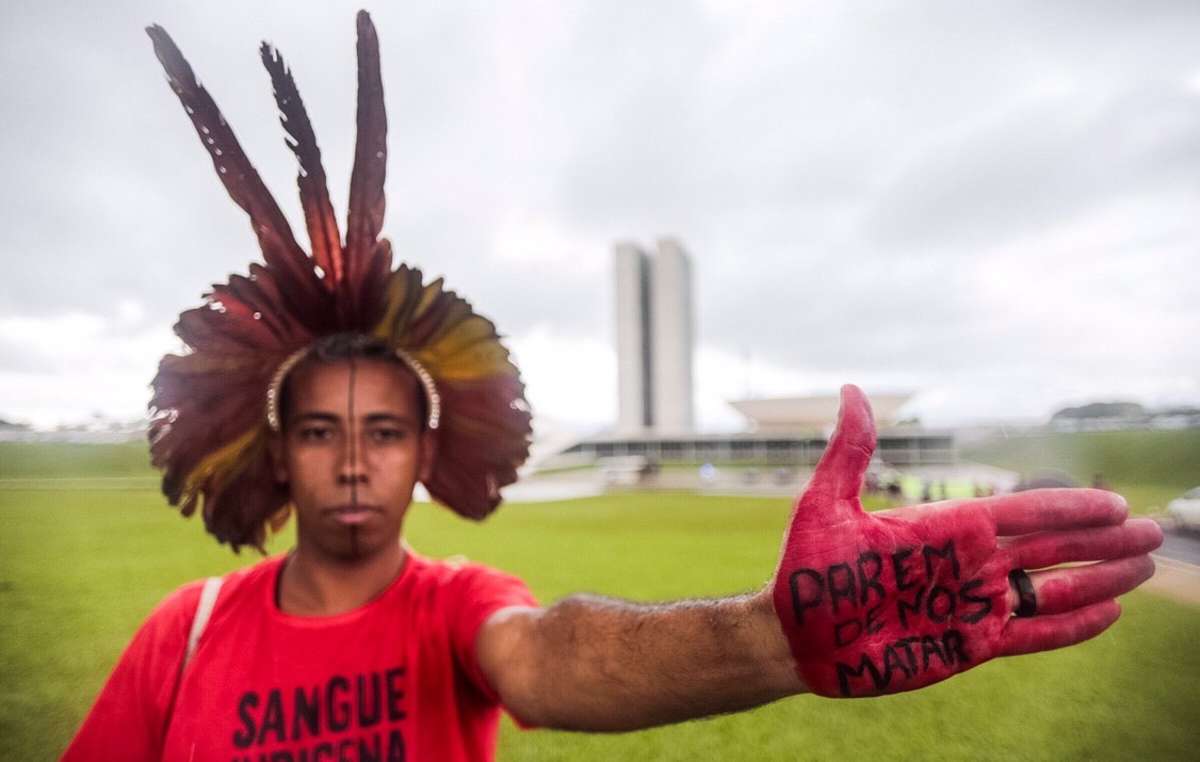 Indigenous peoples across Brazil are protesting against President Bolsonaro’s plan to steal their lands and open them up for exploitation.

On 5 February, the President signed a draft law known as “PL191/2020”, which allows large-scale mining, oil and gas extraction, and other destructive activities on Indigenous territories. It has been sent to a parliamentary commission for approval, and could then be voted on by politicians.

The proposal, which Bolsonaro has described as a “dream”, is the latest in of a series of actions in his “war” against Brazil’s Indigenous peoples. It violates existing Brazilian legislation, and international law.

Indigenous leader Sonia Guajajara tweeted: “Your dream, Mr President, is our nightmare… Mining causes death, disease and misery and puts an end to the future of an entire generation. We won’t accept mining on our land.” 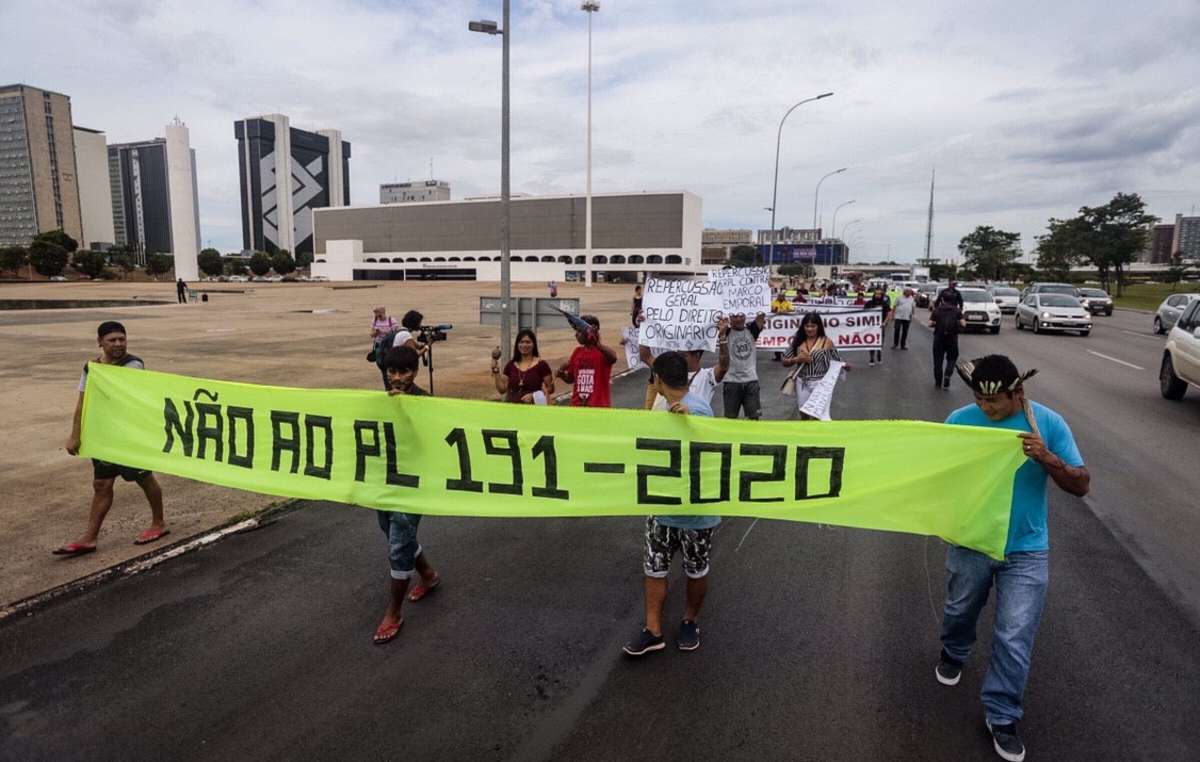 Joenia Wapichana, Brazil’s first Indigenous Congresswoman, said: “Mining on Indigenous land is illegal and against the constitution. It only brings pollution and death. We don’t want the rivers, the forest and Indigenous people to die.”

Indigenous peoples depend on their land for their survival. The invasion and theft of their territories could wipe out entire uncontacted tribes – the most vulnerable peoples on the planet.

Invasions of Indigenous territories and attacks and murders of Indigenous leaders have increased dramatically since President Bolsonaro took office in January 2019.

APOINME, the Association of Indigenous Peoples and Organizations of the North-East, Minas Gerais and Espirito Santo, said: “Right from the start, Bolsonaro’s government chose Indigenous peoples and territories as its enemy.” 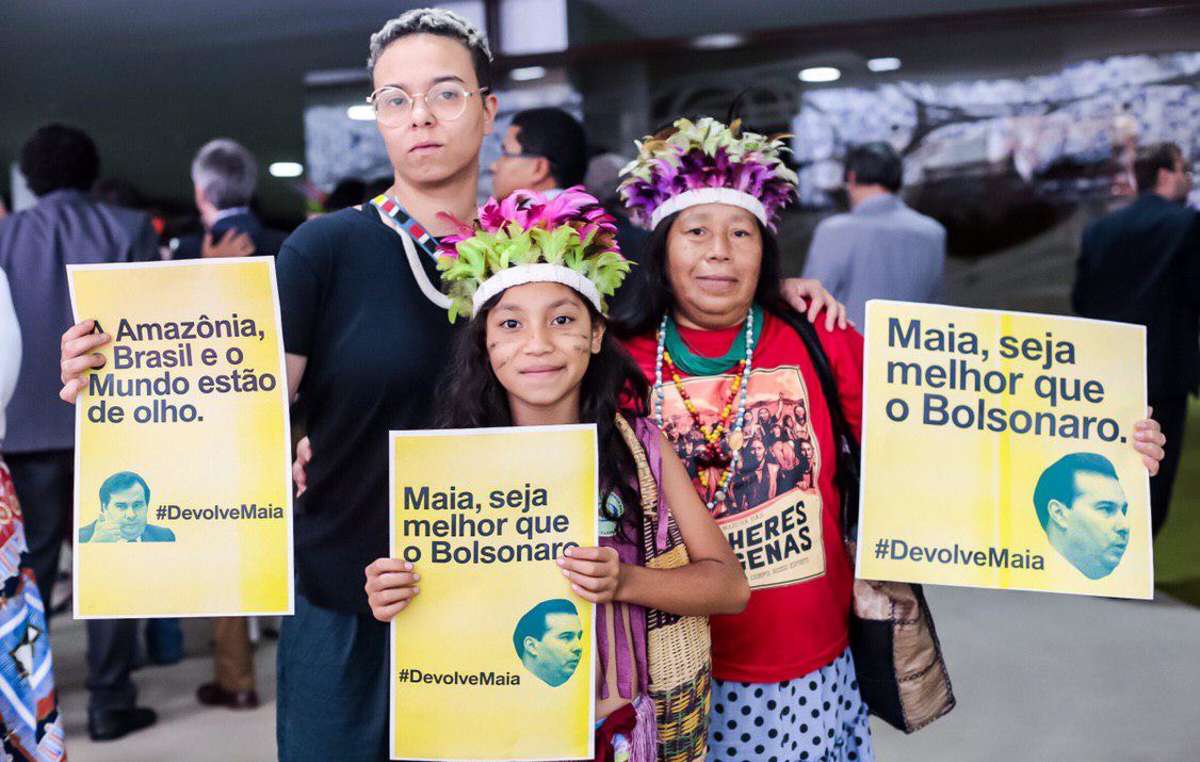 Thousands of illegal gold-miners are now operating in the Yanomami Indigenous territory, polluting the rivers with mercury and spreading malaria and other diseases at an alarming pace. The Yanomami and the Yekuana released a video calling for the removal of the gold-miners. The Munduruku tribe also recently denounced illegal mining in their territory.

Earlier this month, an evangelical missionary was appointed as the head of the uncontacted Indians department of the government’s Indigenous Affairs Agency – a move which Survival described as an “open act of aggression, a declaration that they want to forcibly contact these tribes, which will destroy them.”

Public Prosecutors have challenged this decision and taken the matter to court, warning of the “genocide and ethnocide” of Indigenous people.