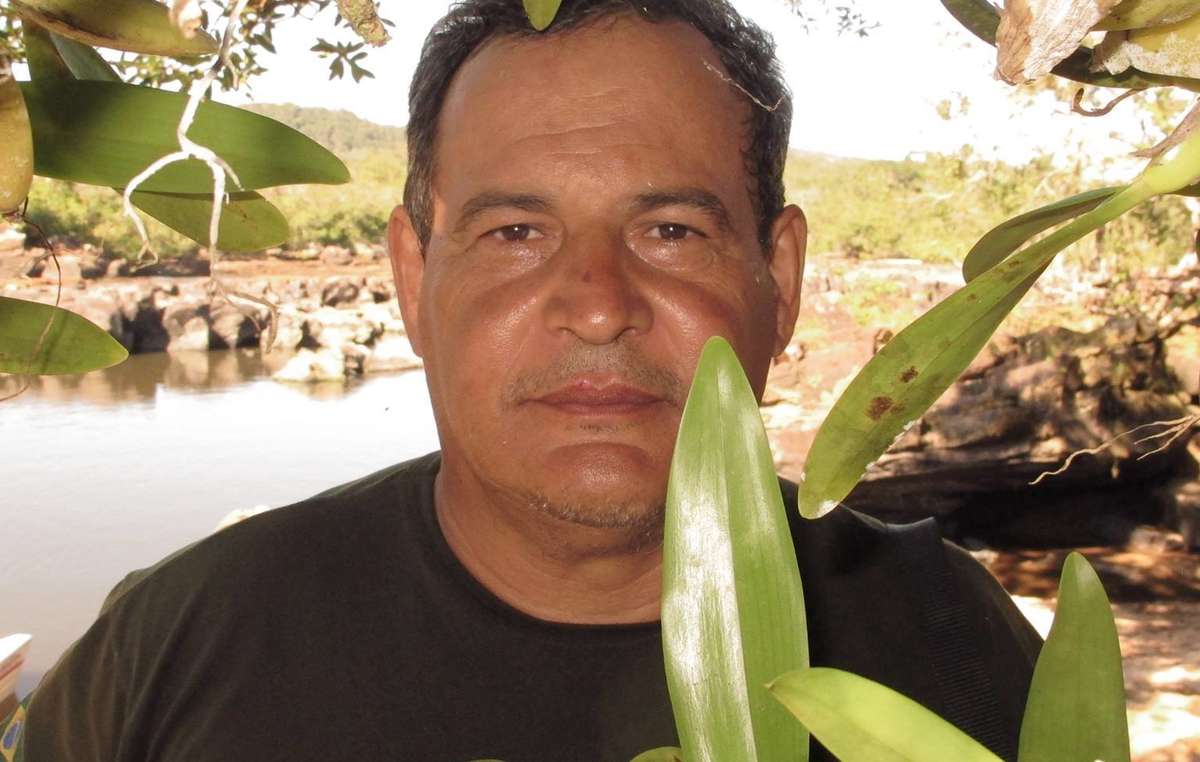 One of Brazil’s most renowned sertanistas, who worked tirelessly to defend uncontacted tribes, has been killed by a group of uncontacted Indians whose lands are being invaded and destroyed. (Sertanistas are Brazilian government agents who work in the forest to protect uncontacted tribes’ lands from outsiders).

Rieli Franciscato was the coordinator of a FUNAI (government Indigenous Affairs Department) team protecting uncontacted tribes’ territories in Rondonia state. He had been called to the border of the Uru Eu Wau Wau tribe’s territory, as several uncontacted Indians had emerged there in recent months.

Most of the forest surrounding the reserve has been destroyed and occupied by ranchers and loggers, who are also targeting the reserve itself. Last year numerous fires were started outside and inside the reserve, and this year the ranchers have threatened to burn more of the territory. 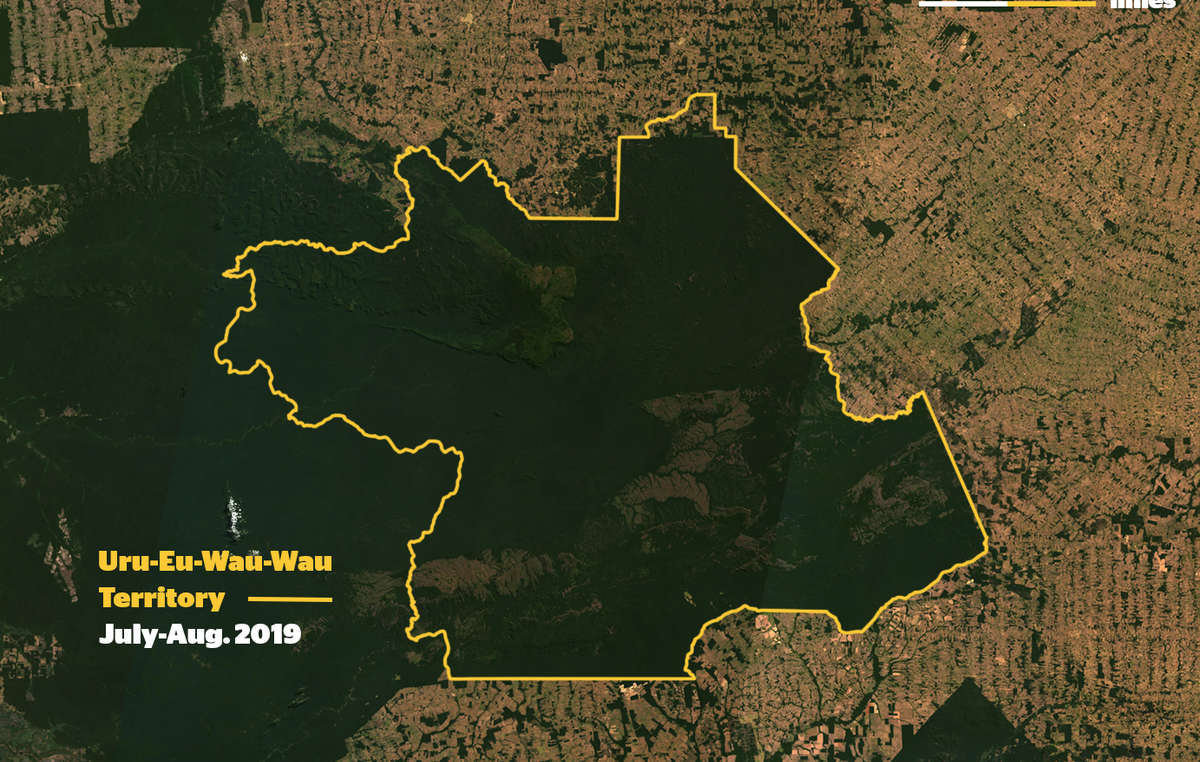 Satellite photo showing how the Uru Eu Wau Wau territory is an island of forest in a sea of destruction. The reserve itself is now being invaded by loggers and ranchers. © USGS / NASA Landsat, produced by Earthrise.

Rieli’s killing, and the appearance of an uncontacted group on the edge of the ranches, are almost certainly a response to the immense pressure they and their forest are under. 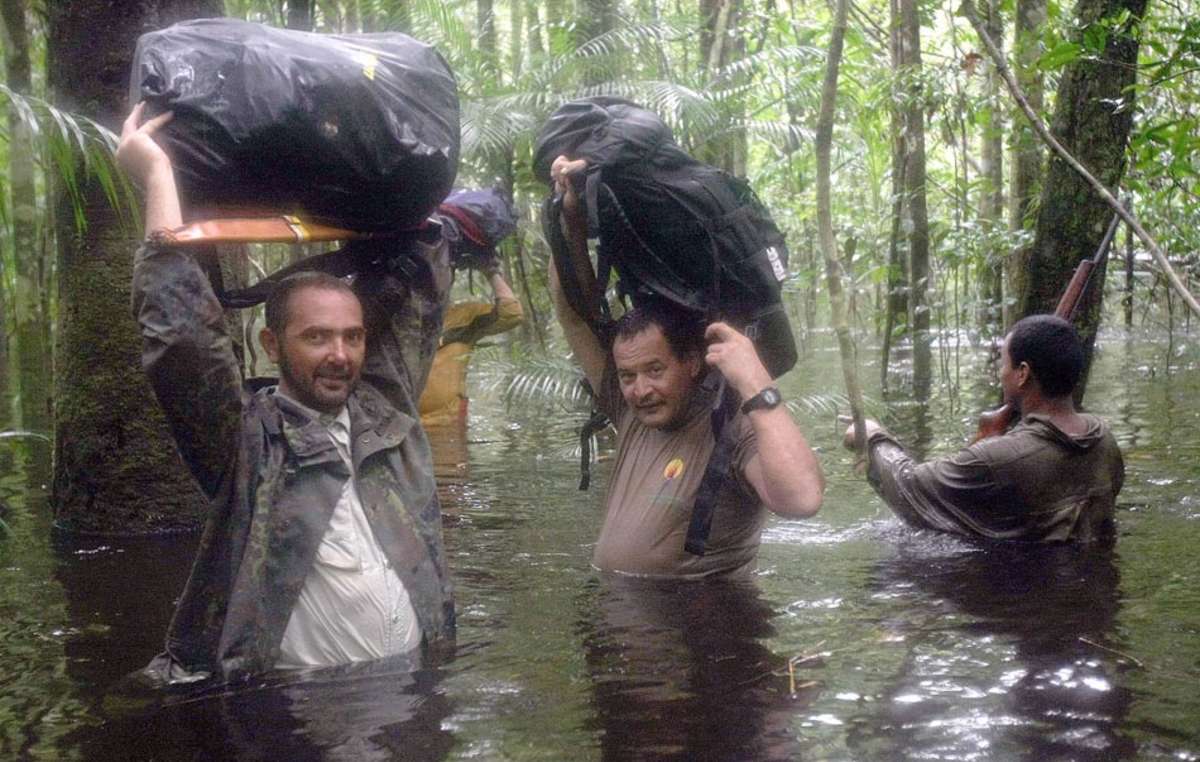 Survival’s Senior Researcher Sarah Shenker said today: “Rieli’s death is a tragic and immeasurable loss for uncontacted tribes, for the forest, and for the fight to stop Brazil’s genocide.

“For decades he refused to accept the violent greed destroying the Amazon rainforest and its best guardians. He worked tirelessly to protect the lands of uncontacted tribes from outsiders. He dedicated his life to it, working on the front line to combat the illegal invasions by loggers, ranchers and miners who threaten to wipe out the most vulnerable peoples on the planet. He didn’t let Bolsonaro’s war on Indigenous peoples and strangling of his budget stop him.

“The uncontacted Indians may well have mistaken Rieli, one of their closest allies, for one of their many enemies who threaten their survival. They’ve been pushed to the edge and there’s only one solution: protect their territory from all invasions so they can survive and thrive. The last thing Rieli would want is for the government and the invaders to use his death as an excuse to target the Uru Eu Wau Wau territory even more aggressively, or to make forced contact with the uncontacted Indians. This would be fatal and any attempts will be met with immediate opposition from Indigenous peoples and their allies around the world.”