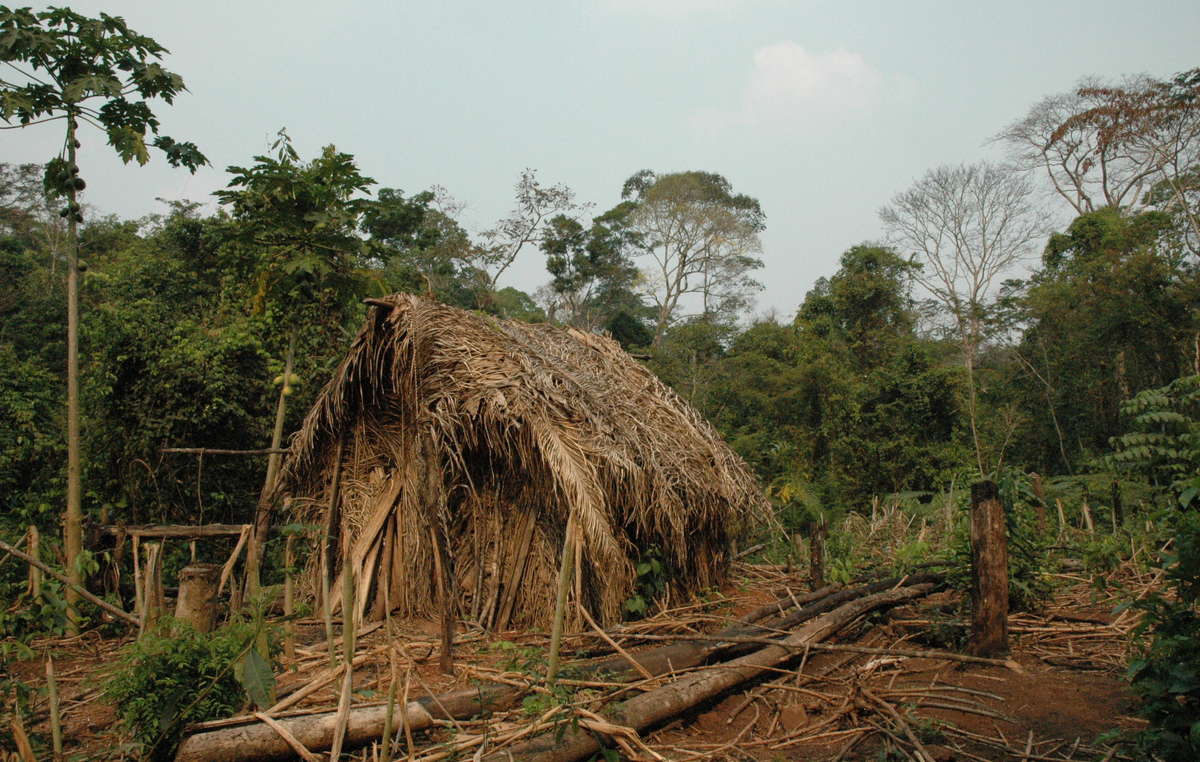 The ‘Man of the Hole’s’ house and garden where he grows manioc and other vegetables, Brazil. © Survival

The last survivor of an unknown and uncontacted Amazon tribe has been targeted by gunmen.

The incident took place last month in Tanarú, an Indigenous territory in the Amazon state of Rondônia, Brazil, but the news has only just emerged.

It is not known whether the Indian was in the direct line of fire or whether the shots were designed to scare him away. Ranchers in the area oppose government efforts to protect the man’s land, and are the most likely perpetrators.

Officials from FUNAI, Brazil’s Indian affairs department, discovered that its protection post had been ransacked and found empty shotgun cartridges nearby in the forest.

The police have investigated the incident, but nobody has been charged for illegal entry.

Altair Algayer, a FUNAI official, said, ‘This is a serious situation. The Indian’s life is being put in danger by the interests of the ranchers’.

FUNAI believes that the ‘Man of the Hole’ has survived the attack.

This name refers to the deep holes he builds to trap animals and to hide in. It is believed he is the only survivor of a tribe massacred by ranchers in the 1970s and 1980s.

The only known images of the ‘Man of the Hole’ were fleetingly captured by filmmaker Vincent Carelli in his film ‘Corumbiara’ which documents the genocide of the Akuntsu and other tribes in the region.

Stephen Corry, director of Survival, said today, ‘His tribe has been massacred and now the ‘Man of the Hole’ faces the same fate. The ranchers must allow this man to live out his last days in peace on his own land, and the authorities must do all they can to protect it’.