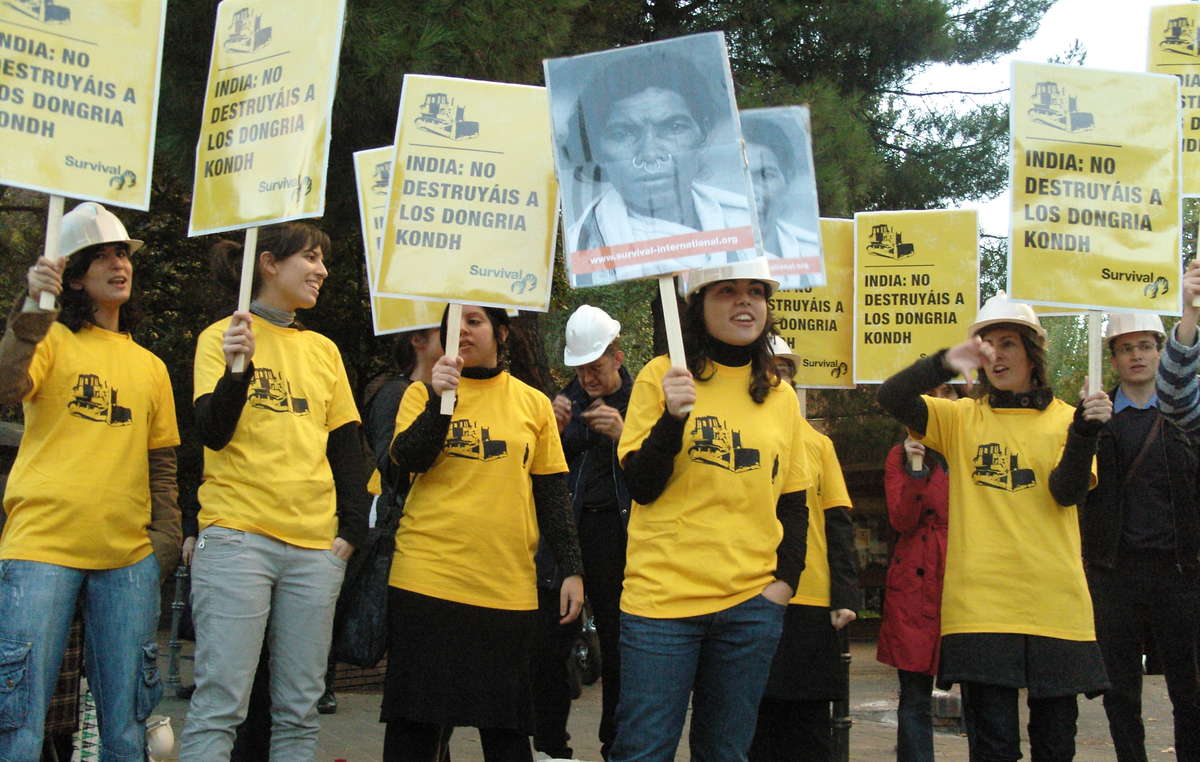 Vedanta’s Orissa scheme has become the most controversial mining project in the world. © Survival

Vedanta plans to build a bauxite mine on a mountain sacred to the Dongria Kondh tribe, and has already built a refinery at the base of the hills.

Amnesty concludes that, ‘[I]t is clear that Vedanta Resources and its subsidiaries… have failed to respect the human rights of the people of Lanjigarh and the Niyamgiri Hills.’

They add, ‘The proposed bauxite mine … threatens the survival of a protected Indigenous community… However, these risks have been largely ignored and consultation with and disclosure of information to affected communities have been almost non-existent.’

The Amnesty report is the latest in a string of devastating criticisms of Vedanta’s behaviour in Orissa.

Last week the Church of England sold its £3.8million shareholding in Vedanta, stating, ‘We are not satisfied that Vedanta has shown, or is likely in future to show, the level of respect for human rights and local communities that we expect.’

In 2009 the British government ruled that Vedanta, a London-registered company, had failed to respect the human rights of the Dongria Kondh, and said an ‘immediate change in the company’s behaviour’ was ‘essential’. Many other organisations, including ActionAid, urgewald, Banktrack and India’s Campaign for Survival and Dignity have also attacked Vedanta.

Stephen Corry, Director of Survival, said today, ‘Vedanta has become the pariah of the mining industry, and its Orissa project is undoubtedly the most controversial in the world. I can’t remember the last time a single project received so much criticism. What everyone who’s looked into this project has emphasised is the company’s arrogance – they simply haven’t bothered even to ask the Dongria what they think about the mine, let alone seek their consent for it.’