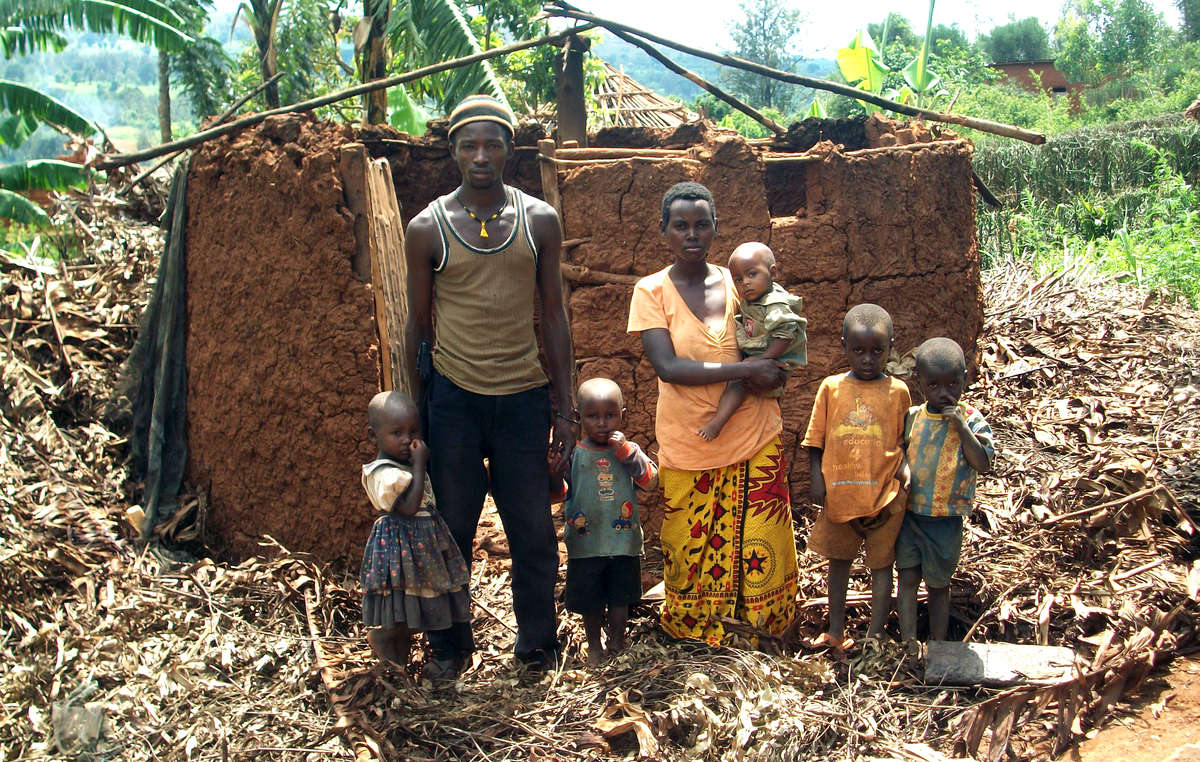 A Batwa family stand in front of their home. The roof was dismantled by local authorities under a scheme to eradicate all thatched housing in Rwanda. © COPORWA/Survival

The official in charge of Rwanda’s controversial policy to eradicate all thatched roofs in the country by the end of this month has admitted that ‘sometimes we apply some force’ .

The admission came after hundreds of Twitter users responded to Survival’s condemnation of the destruction of Batwa ‘Pygmy’ houses, which has left many of Rwanda’s most marginalized people without shelter.

The government, which is also active on Twitter, has tweeted that the anti-thatch programme ‘is about decent housing for all, no one is left homeless.’

The official overseeing the anti-thatch programme, Augustine Kampayana, told journalists, ‘for anyone to still be in nyakatsi [thatched houses] up to now only means that it is in their general attitudes to prefer to live in grass thatched houses. Some of them just do not want to change, but we cannot let these drag everyone else back.’ 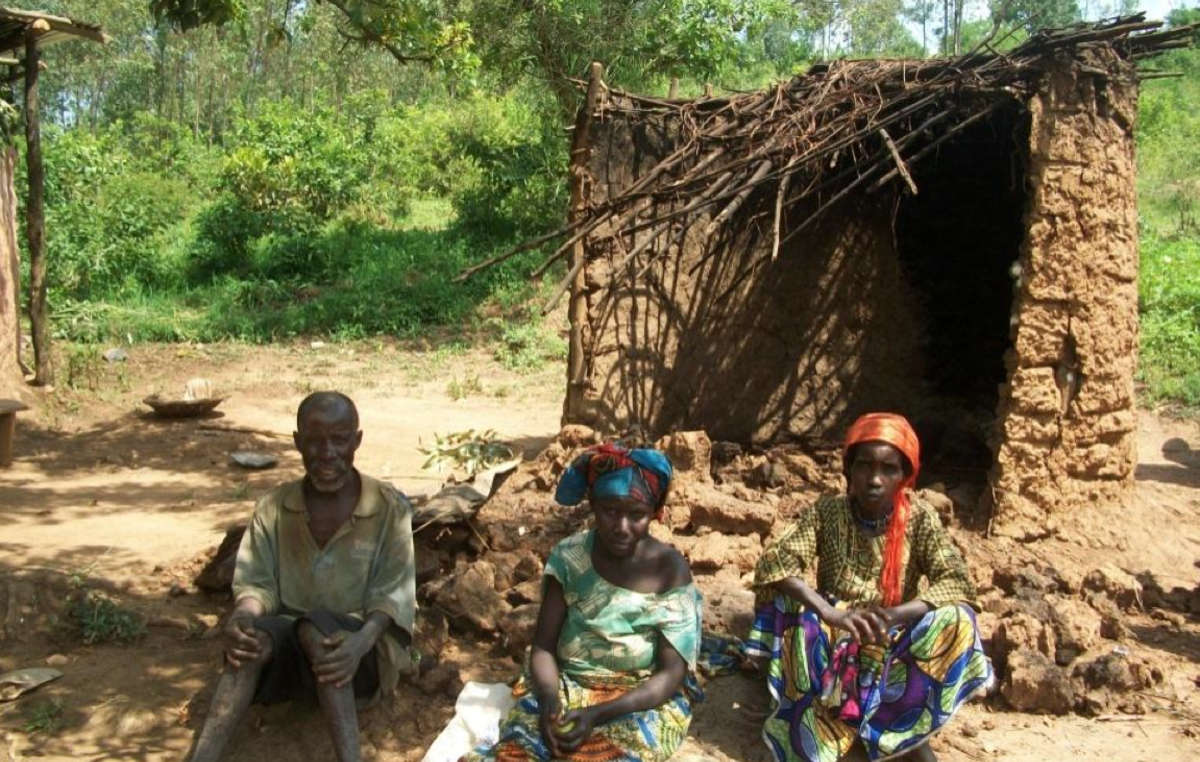 One Batwa man, whose house has been destroyed and who is living in cramped conditions with ten other families, said last week, ‘it’s a catastrophic life which resembles that of a refugee.’

The UN’s Racial Discrimination committee last month urged the Rwandan government to ‘facilitate access to adequate housing for the Batwa, particularly by avoiding forced evictions without consultation and without offering alternative housing.’

Although some Batwa families have been given new houses, many are still waiting and are forced to live in the open, according to COPORWA, Rwanda’s Batwa organization. Rwanda’s Batwa continue to face racism and discrimination on a daily basis. Most eke out a meager living as wage laborers or potters after their communities were forced from their forest homes to create national parks free from human habitation.