A community of Guarani Indians in Brazil has retaken part of its ancestral land in an act of desperation, having lived by the side of a highway for a year and a half.

The Guarani marched back to their land last week, unwilling further to endure the appalling living conditions they have been subject to on the roadside.

The Indians of Laranjeira Nanderu community had their lands stolen from them in the 1960s, to make way for cattle ranches. They returned to their land in 2008, but were evicted again in September 2009 – soon after, their village was brutally attacked and burned down.

Since then, the Guarani have been living under tarpaulin sheeting, with little access to clean water, food, or medical care, and subject to intense heat and flooding, by the side of a highway. Large trucks and cars thundered past day and night, and one Guarani was run over and killed.

Watch a film clip of Faride talking about his community’s land:

The community is now urging the government officially to protect their land so they are not evicted again.

The Guarani have a deep spiritual connection to their land, upon which they rely for their mental and physical well-being.

Following the loss of almost all their land to ranches and soya and sugarcane plantations, thousands of Guarani are living in overcrowded reserves, and some are camped by the side of highways. 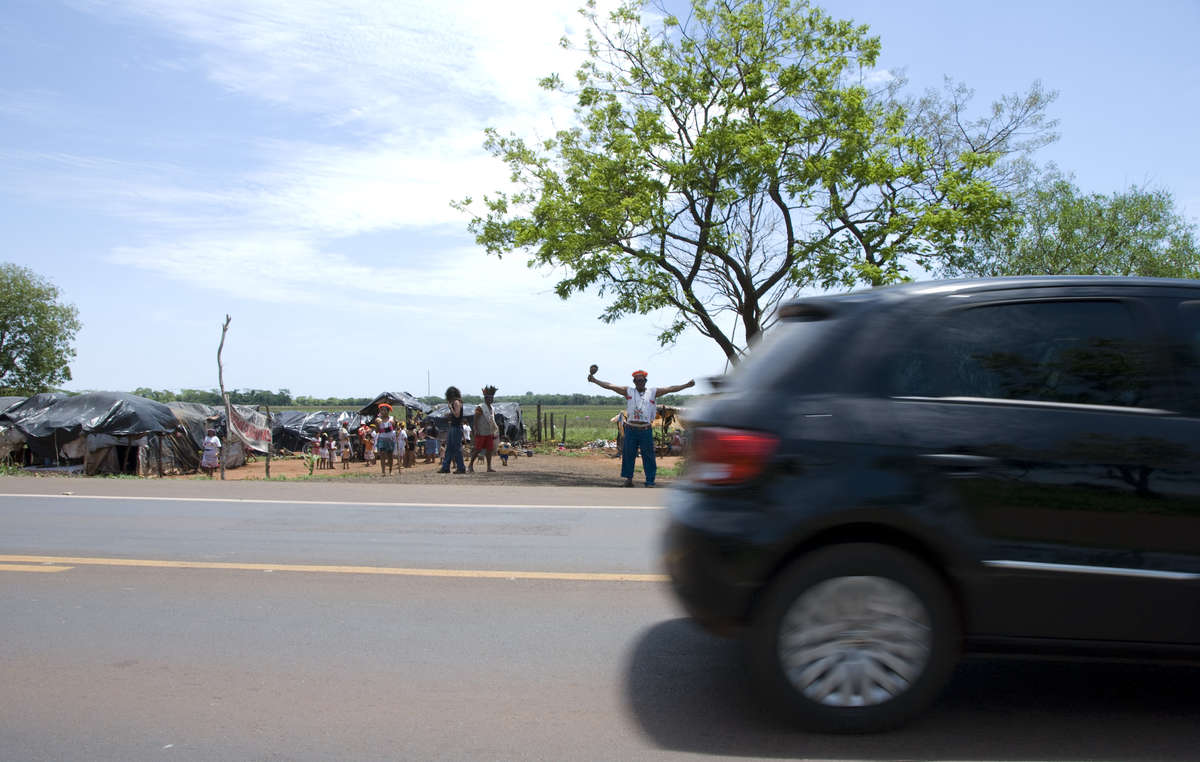 Guarani people have been forced to live by the side of the road in squalid conditions as their land has been taken illegally by cattle ranchers and sugar cane plantations. © Sarah Shenker/Survival

Some Guarani leaders who have led their communities’ reoccupations of their land, such as the internationally-renowned Marcos Veron, have been assassinated.

Survival’s Director, Stephen Corry, said today, ‘It is no surprise that having been forced to endure such precarious conditions for so long, the Guarani have taken matters into their own hands and returned home. This should surely act as a wake-up call for the authorities to protect the land and remove the lurking threat of another eviction. That is the least the Guarani deserve’.

Download Survival’s report on the situation of the Guarani, sent to the United Nations last year. ( in English and Portuguese pdf, 2.4 MB).