A Dongria boy stands in front of Niyamgiri, where the tribe will hold its festival. © Lewis Davies/Survival

Security forces are cracking down on the Dongria Kondh tribe as they prepare for a religious festival this weekend at the top of India’s most contentious mountain.

Hundreds are determined to attend the Niyamraja ritual in the sacred Niyamgiri Hills, which are at the center of a controversial mining project involving UK company Vedanta Resources.

During the worship, the Dongria will take an oath pledging never to leave the mountain, which faces renewed threats as companies eye its valuable resources.

The Dongria have fought hard to resist such advances, but speaking out against proposed mining continues to be dangerous.

Survival has received reports of arrests and beatings, and in the last week alone, police have shut down six meetings where food supplies were being organized for this weekend’s festival.

Giridhari Patra from the Niyamgiri Protection Committee said, ‘Intimidating and threatening the Dongria before one of their most important festivals is unforgivable. The mountain is the seat of their god and the basis of their identity. We will never give it up to Vedanta.’

The tribe’s victory in 2010 over the mining giant, which wanted to dig an open-pit mine to reach the mountain’s aluminum-ore deposits, was historic. 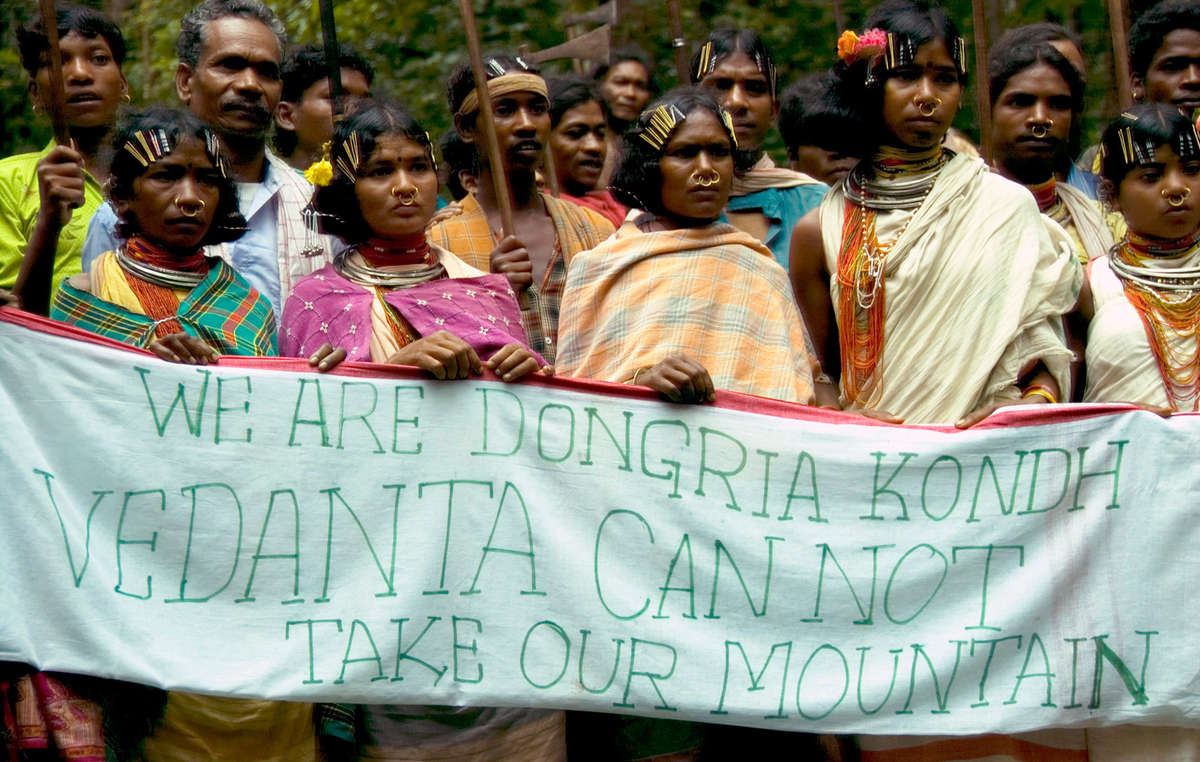 Victory over Vedanta in 2010 was historic, but April’s court case threatens the Dongria once again. © Survival

However, their way of life is once again in danger as the controversy is reconsidered by India’s highest court on April 9 this year.

Survival’s Director Stephen Corry said today, ‘It’s disgraceful that the police are harassing tribespeople in the run up to this religious festival. Niyamgiri is everything to the Dongria Kondh – they must be allowed to remain there. The Dongria’s victory over Vedanta was inspiring for tribal people around the world. All eyes will be on the Supreme Court this April.’