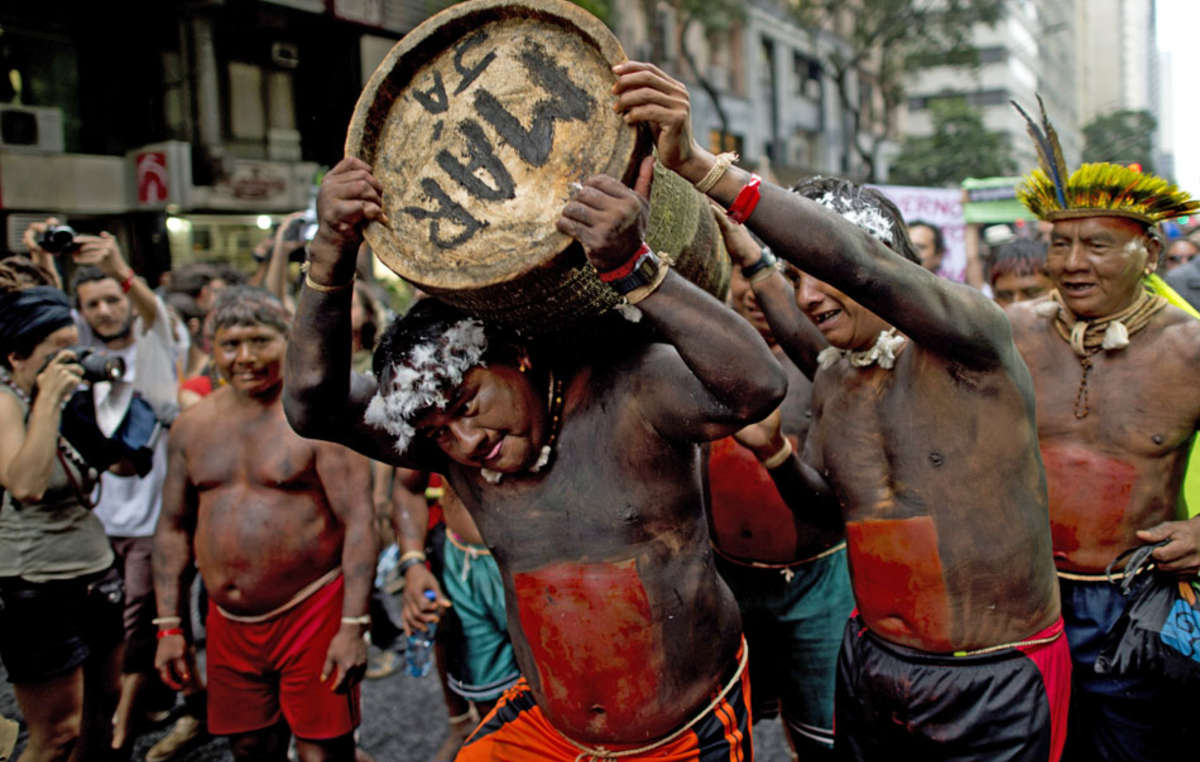 Xavante people protest for land rights at the Rio+20 summit and demonstrate against the development of infrastructure such as the Belo Monte dam underway on the Xingu river in the Amazon. If completed, thousands of people would be displaced and their way of life devastated. © G1

Ranchers are blocking roads, burning bridges, and threatening Brazilian Indians in protest against their impending eviction from tribal land.

The violence began after the Brazilian courts ruled that the ranchers must be removed imminently from one of the Xavante Indians’ territories, which they have been occupying for the past 20 years and using mainly for cultivating soya and raising cattle.

The ranchers are threatening Xavante spokesman Damião Paridzané, who has spent decades campaigning for better health, education, and land protection for his tribe.

Paridzané and other Xavante Indians travelled to the Rio+20 UN conference last week, to demand that their territory, known as Marãiwatsédé, be returned to them urgently. They presented their demands to Brazil’s President Rousseff.

Paridzané stated in a letter to the President, ‘The illegal soy production and cattle ranching in our sacred land are a shame upon our country.’

Politicians at the summit reassured the Xavante that the ranchers would be forced to leave within the next 30 days.

The Xavante were evicted from their land in the 1960s, for large-scale agriculture. International pressure then led the Brazilian government to announce, during the 1992 Earth Summit, that the land would be returned to the Indians.

However, the Marãiwatsédé territory has been illegally occupied and almost 90% of its forest has been destroyed.