Brazilian authorities have arrested 18 people in connection with the high profile killing of an indigenous leader by masked gunmen.

Religious leader Nísio Gomes was murdered in front of his Guarani community in the state of Mato Grosso do Sul last November. His body has never been found.

The list of suspects includes the owner of a notorious security firm which hires out gunmen to patrol areas of land occupied by ranchers.

Lawyers acting on behalf of Gaspem Segurança’s owner, Aurelino Arce, have so far failed to secure his release.

Brazil’s federal police have also linked other prominent suspects to Gomes’s murder, including six ranchers, a lawyer and a civil servant.

The charges brought against those arrested include: planning the attack, supplying arms, corrupting witnesses and fraud.

Brazil’s Guarani are repeatedly thrown off their land by cattle ranchers and forced to live in dangerous conditions by the roadside or in overcrowded reserves. 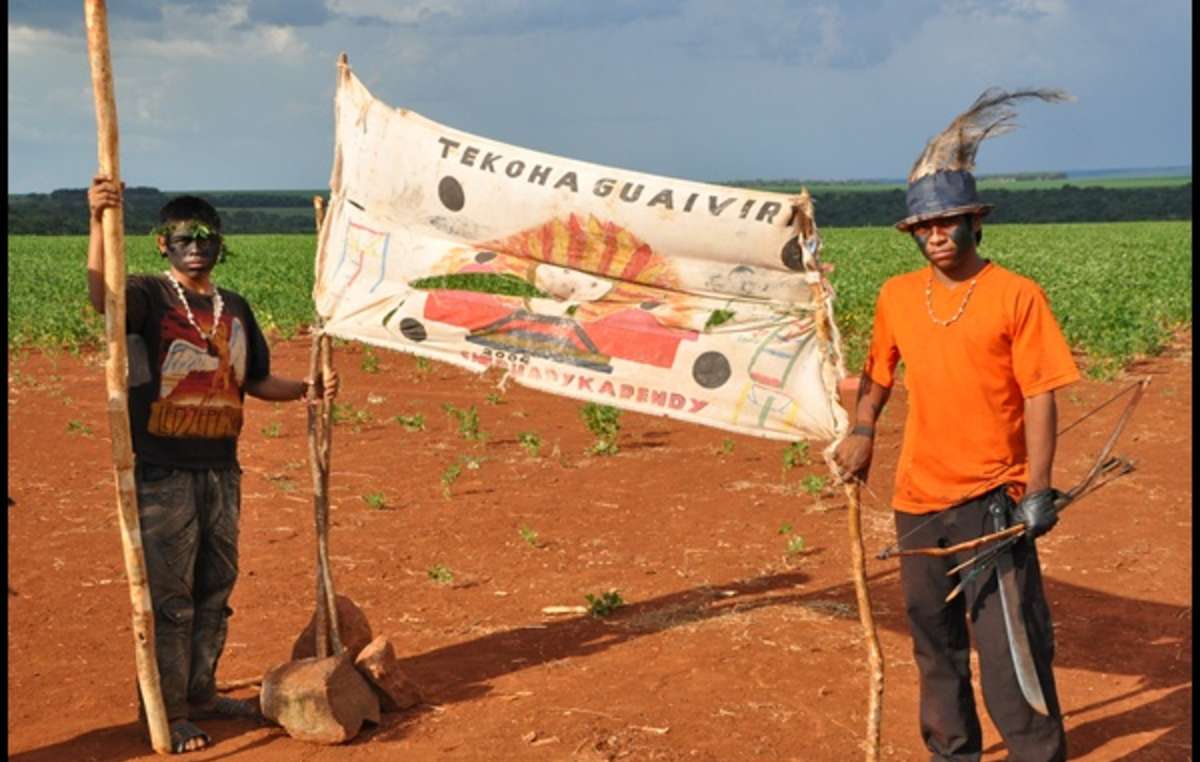 Members of Gomes’s community protesting for their land rights to be respected. © MPF/Survival

Assassinations of Guarani leaders by gunmen are also commonplace, in an effort to stop communities returning to their land.

Survival’s Director Stephen Corry said today, ‘This is a positive step, but Brazil should remember that Nísio isn’t the only indigenous activist to be murdered in cold blood. For years, powerful landowners have hired hit-men to kill those that challenge them. The culture of impunity must end if this situation is to change.’

Brazil’s federal police made 10 of these arrests in June and another 8 earlier this month.