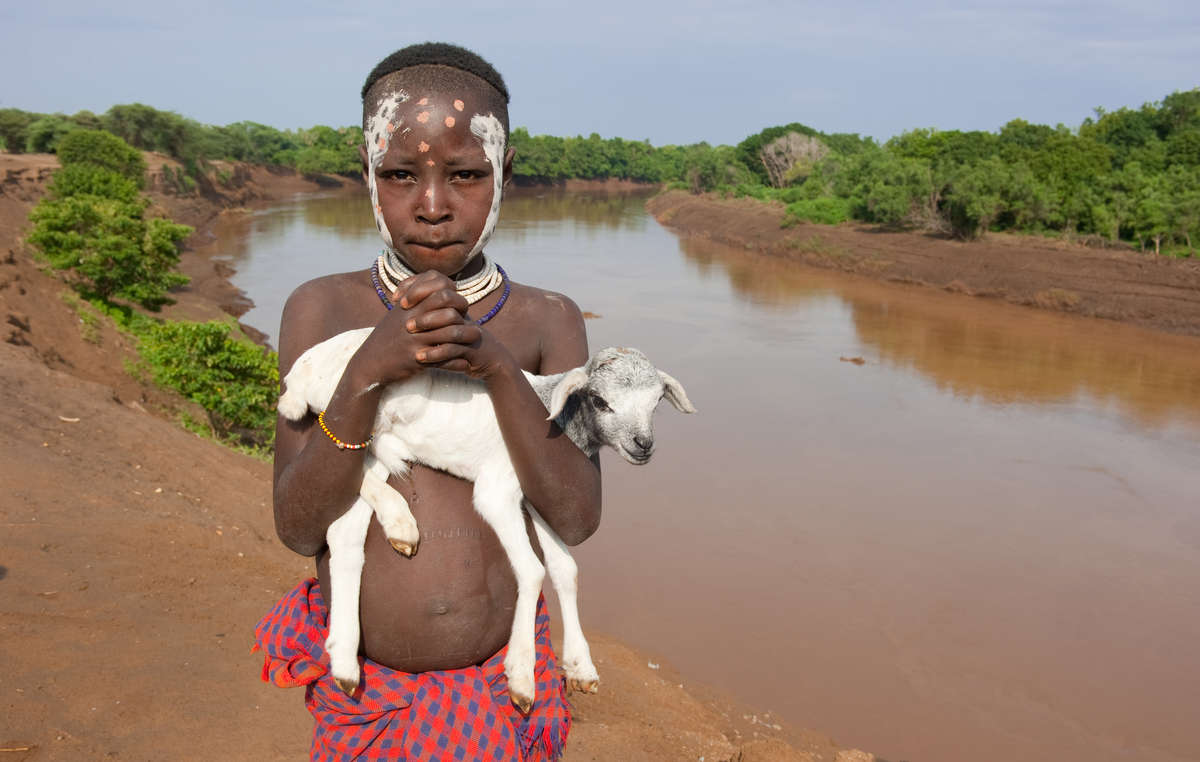 A boy from the Lower Omo stands on the riverbank. © Survival

Violent land grabs in Ethiopia’s Lower Omo Valley are displacing tribes and preventing them from cultivating their land, leaving thousands of people hungry and ‘waiting to die’.

As the world prepares to raise awareness of the issues behind poverty and hunger on October 16 (World Food Day), Ethiopia continues to jeopardize the food security and livelihoods of 200,000 of its self-sufficient tribal people.

Tribes such as the Suri, Mursi, Bodi and Kwegu are being violently evicted from their villages as Ethiopia’s government pursues its lucrative plantations project in the Valley.

Depriving tribes of their most valuable agricultural and grazing land, security forces are being used brutally to clear the area to make way for vast cotton, palm oil and sugar cane fields.

Cattle are being confiscated, food stores destroyed, and communities ordered to abandon their homes and move into designated resettlement areas.

One Mursi man told Survival International how the process of villagization is destroying his family. ‘The government is throwing our sorghum in the river.  It has cleaned up the crops and put them in the river. I only have a few sacks left…We are waiting to die. We are crying. When the government collects people into one village there will be no place for crops and my children will be hungry and have no food.’

A Suri man also said, ‘They cleared the land. Why did the government sell our land? There is no grass for the cattle. People are hungry…. We are worried about fodder. We have become angry and hopeless.’

Key to the plantation program is Ethiopia’s controversial Gibe III dam. Once completed, the dam will stop the Omo River’s annual flood, preventing tribes from using its fertile banks to produce valuable crops and feed livestock.

Ethiopia has not consulted any indigenous communities over the construction of Gibe III or its aggressive plantation plans in the Valley, which is a UNESCO World Heritage site.

Stephen Corry, Survival’s Director said today, ‘On World Food Day, people need to be aware of Ethiopia’s decision violently to strip Lower Omo Valley tribes of their self-sustaining way of life. These peoples have used their land to cultivate crops and graze cattle to feed their families for generations. This basic right has now been taken from them, in a brutal manner, leaving them hungry and afraid.’