Survival International has today launched a tourism boycott of India’s Andaman Islands, until the degrading practice of ‘human safaris’ to the 400-strong Jarawa tribe is stopped.

The tribal rights organization is calling on the 200,000 tourists visiting the islands every year to stay away – until tourists are banned from the road through the Jarawa’s forest and an alternative sea route is put in place.

Survival has written to over 200 travel companies and websites in eleven countries urging them to stop their tours to the Andaman Islands, and will place ads targeted at tourists to discourage them from visiting the popular travel destination. Survival is also asking members of the public to pledge not to travel to the islands until the demands are met.

Hundreds of tourists from India and around the world travel along the illegal Andaman Trunk Road every day to ogle at members of the Jarawa tribe – treating them like animals in a safari park. 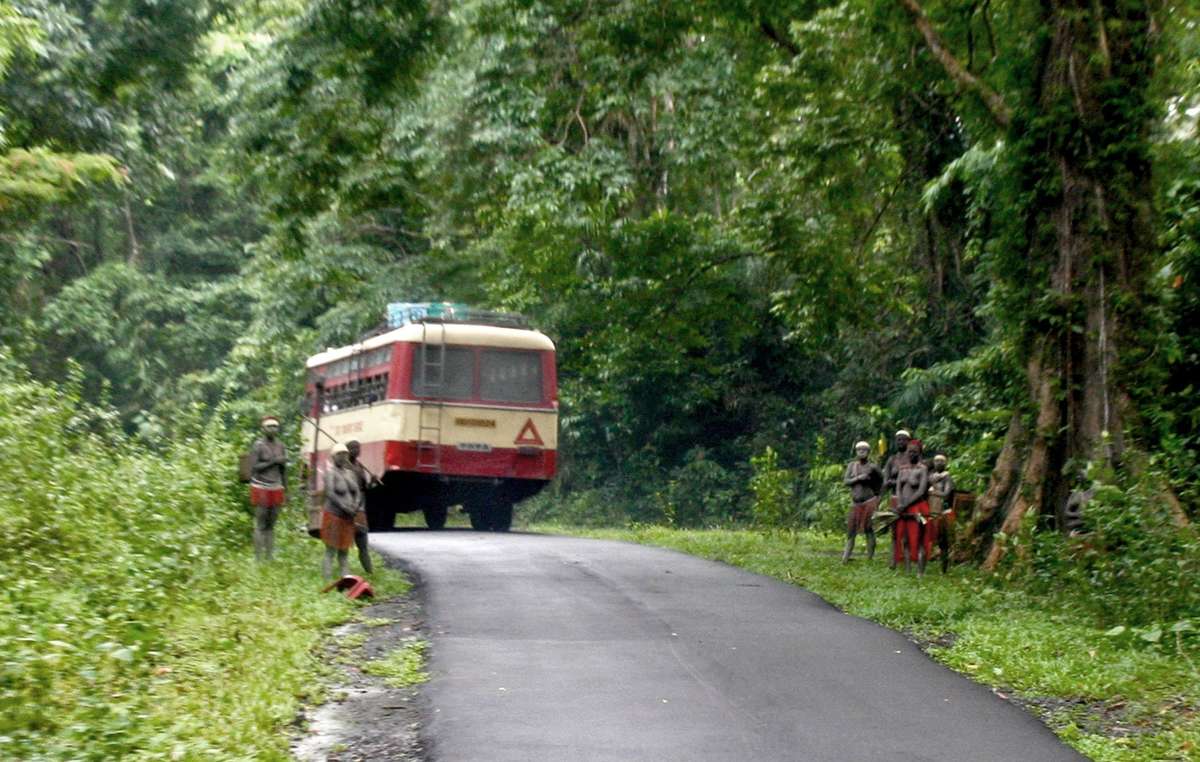 Survival has launched a tourism boycott of India’s Andaman Islands until the ‘human safaris’ to the Jarawa are stopped. © Ariberto De Blasoni/Survival

When asked how he felt when outsiders took pictures of him, Enmai, a young Jarawa, said, ‘I don’t feel good. I don’t like it when they take photos from their vehicles.’

Earlier this year, India’s Supreme Court banned tourists from the road for seven weeks, reducing the traffic along the Andaman Trunk Road by two thirds. But the ban was lifted after the Islands’ authorities changed their own regulations in order to let the ‘human safaris’ continue.

The tours have been widely condemned both in India and around the world. India’s Minister for Tribal Affairs called them ‘disgraceful’ and ‘an embarrassment’, and last year, in response to a submission by Survival, the United Nations expressed their ‘deep concern’ about the ‘human safaris’ and called for the illegal road to be closed.

Survival’s Director Stephen Corry said today, ‘The Andaman government is arguing that the road is a necessary lifeline for the north of the islands. It’s nonsense: in fact there’s no reason for the road. The route by boat is faster, more convenient and cheaper for islanders, so providing an alternative sea route is better for locals, tourists, and the Jarawa alike. There will be no end to these degrading human safaris until tourists stop using the road, and we’ll continue the boycott until that happens.’