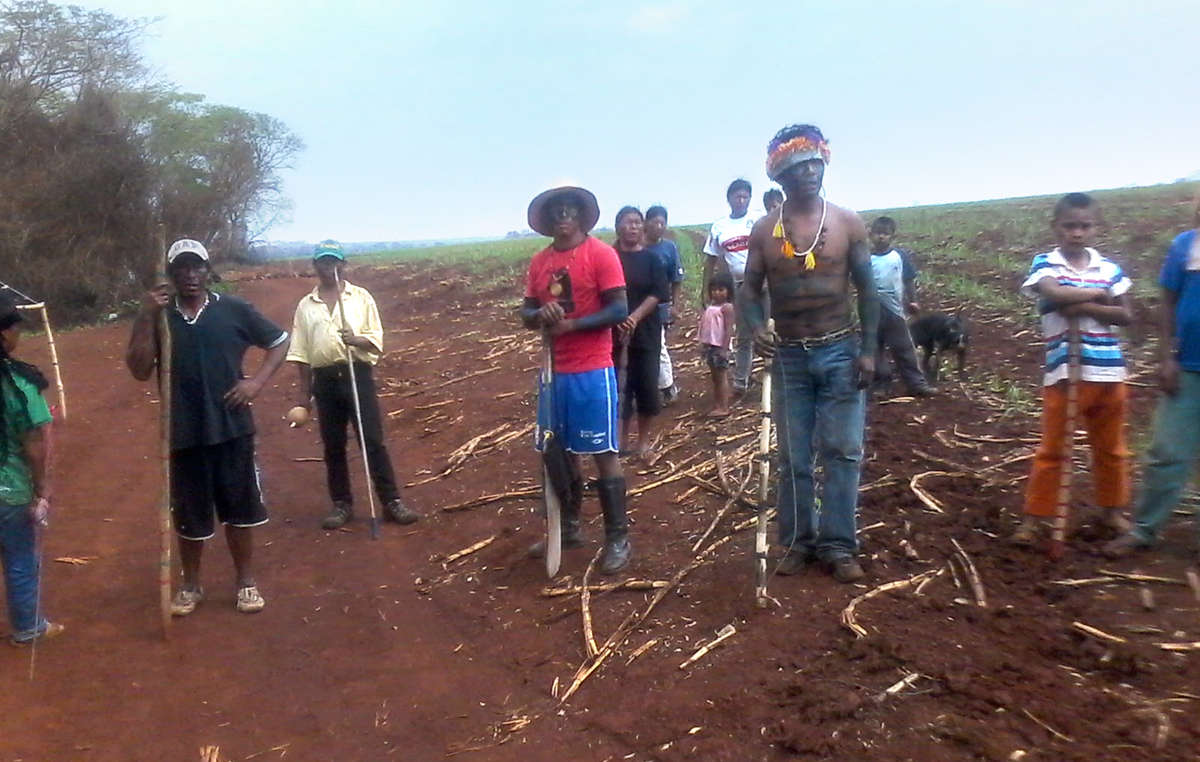 The Guarani Apy Ka’y community has returned to its ancestral land currently occupied by a sugar cane plantation, amidst threats of death by gunmen. © Tonico Benites/Survival

Guarani Indians have carried out a courageous ‘retomada’ (re-occupation) of the sugar cane plantation that has taken over their ancestral land. The group is led by a female chief who has seen her husband and three of her children die on the roadside where they have lived for ten years.

Their roadside camp was mysteriously destroyed in a fire last month and gunmen threatened to kill them. The same camp was torched by gunmen in 2009.

In a statement released on Monday, Damiana Cavanha, the leader of the Apy Ka’y community, said, ’We decided to reoccupy part of our traditional land where there is a well of good water and a bit of remaining forest.

‘We decided to return to the land where three of our children, who were run over and torn apart by vehicles belonging to the ranches, are buried; where two leaders who were assassinated by gunmen employed by the ranchers, and where a 70 year old shaman who died from inhaling pesticides sprayed from a crop-spraying plane, are also buried.’ 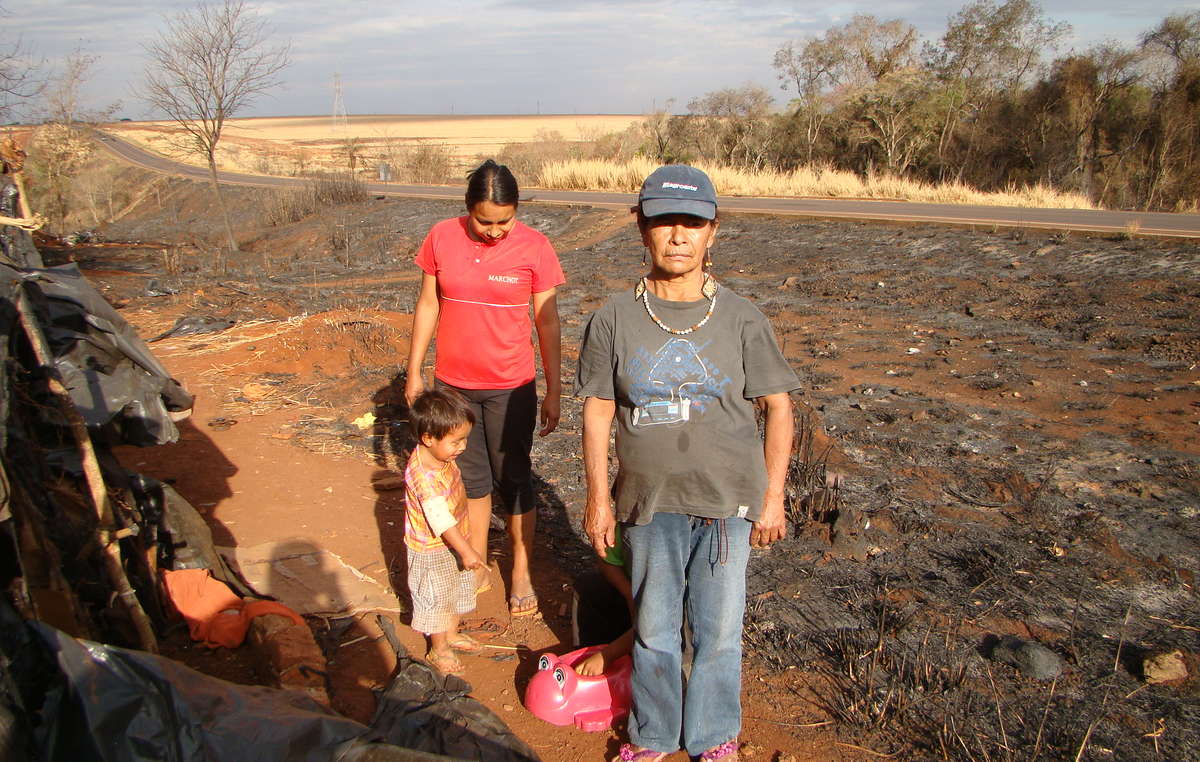 Damiana, leader of Apy Ka’y community, stands by the remains of their camp after it was destroyed by fire. © Spensy Pimentel/Survival

This is the fourth time the Apy Ka’y community has re-occupied its ‘tekoha’ (ancestral land) in Brazil’s Mato Grosso do Sul state since ranchers moved in almost 15 years ago. Every time the Guarani returned, the ranchers evicted them by force and the community has been living by the side of the road in squalid and perilous conditions for the last ten years.

The Apy Ka’y Guarani are now at great risk. They have already received three death threats and say that an attempt was made to poison their water supply after the re-occupation on Sunday.

The ranch that has taken over their land is now employing a notorious security firm to intimidate the Indians. Public Prosecutors in Brazil have described the firm, Gaspem, as a ‘private militia’, and called for it to be closed down.

A 2009 report on the community’s treatment for the Public Prosecutor’s office concluded, ‘it is no exaggeration to talk of genocide.’

Damiana added in the statement, ’Faced with the threat of death, the loss of our relatives and so much suffering and pain, we decided for the fourth time to reoccupy our land, Apy Ka’y, on 15 September 2013.

‘We have decided to fight and die for our land.’

The Guarani had lived by the side of a highway for ten years. © Paul Patrick Borhaug/Survival

The situation of the Apy Ka’y is not unusual for the Guarani in Brazil, who are becoming increasingly desperate as they suffer violent attacks at the hands of ranchers occupying their ancestral land.

Disillusioned by the government’s slow progress in demarcating their land, several Guarani communities have carried out retomadas in recent years.

Survival’s Director Stephen Corry said today, ‘The government’s failure to restore land to the Guarani is shameful and illegal, and has been catastrophic for the Indians. President Rousseff is clearly in thrall to the agricultural lobby, which is immensely powerful and influential, and seems prepared to simply ignore her obligations under the law. In these circumstances, it isn’t surprising that the Guarani are taking matters into their own hands. They desperately need support, or they are likely to be evicted and attacked yet again.’