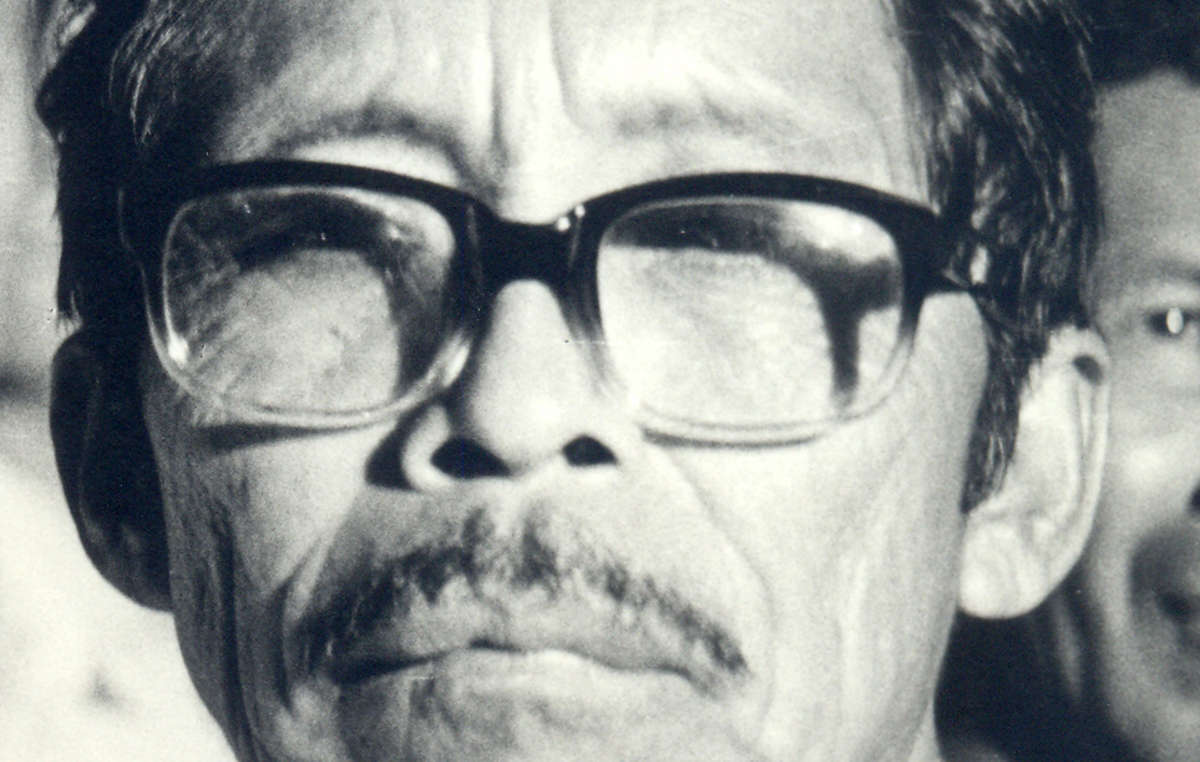 Marçal de Souza Tupã-i was shot 30 years ago for fronting the Guarani’s struggle to reclaim their ancestral land. © CIMI archive/Survival

Ahead of the 30th anniversary of the assassination of iconic Guarani leader Marçal de Souza Tupã-i, Survival International has released shocking new figures exposing the extent of violence suffered by Brazil’s Guarani tribe at the hands of gunmen.

According to Brazilian NGO CIMI, the majority of Indians killed in Brazil are Guarani. In 2012, the rate of assassinations of Guarani was 4 times that of Brazil’s national homicide rate – which is already one of the highest in the world.

Guarani leader Marçal spearheaded the Guarani’s struggle for their land and brought the tribe’s plight to the attention of Pope John Paul II and the United Nations. He was killed on November 25, 1983, by a gunman reported to have been hired by a local rancher.

Before his death, Marçal said, ’I’m marked to die … We Indians live here and suffer injustice, poverty, persecution and hunger because the land we occupy doesn’t allow us to survive.’

The Guarani suffer some the highest murder and suicide rates in Brazil. Nísio Gomes was shot dead by gunmen in 2011. © Survival International

30 years on, the Guarani continue to fall victim to violence and targeted attacks by gunmen following the tribe’s attempts to reoccupy their ancestral lands, which were stolen for ranches and sugar cane plantations. Despite national and international legal obligations, the lands have not been returned to the Indians.

Rosalino Ortiz, a Guarani man who led the reoccupation of his community’s land at Yvy Katu last month, told Survival, ‘Things are very tense now. The landowners are rich and have money to contract gunmen to carry out a massacre in Yvy Katu.’

Local ranchers have announced that they are raising more money to be used against the land reoccupations; the Guarani fear these funds will finance ‘armed militia groups’ such as the notorious security firm Gaspem.

Much of the Guarani’s ancestral land has been stolen and turned into vast sugar cane plantations or cattle ranches. © Survival

As a result of the violence and loss of their land, the Guarani’s suicide rate is 34 times Brazil’s national average. The most recent suicide victim was Valmir Veron – the son of Marcos Veron, another iconic Guarani who was assassinated by gunmen in 2003.

Survival’s Director Stephen Corry said, ‘Guarani leaders are being assassinated one by one. It’s little wonder given that officials admit a cow is worth more than a Guarani life. These statistics are overwhelming, but we mustn’t forget there’s a very simple solution: uphold Guarani rights to their ancestral land. Brazil’s economy is set to receive an $11 billion injection of cash from World Cup tourists’ spending. Will any of these gains be used to help the country’s first peoples?’